A new display at Locomotion

A new display at Locomotion

A new display exploring the on-going restoration of J27 Class locomotive 65894 (NER P3 2392) – and featuring the cylinder block from the vehicle - opens at Locomotion: The National Railway Museum at Shildon on Saturday May 12, 2012.

A new display at Locomotion: The National Railway Museum at Shildon 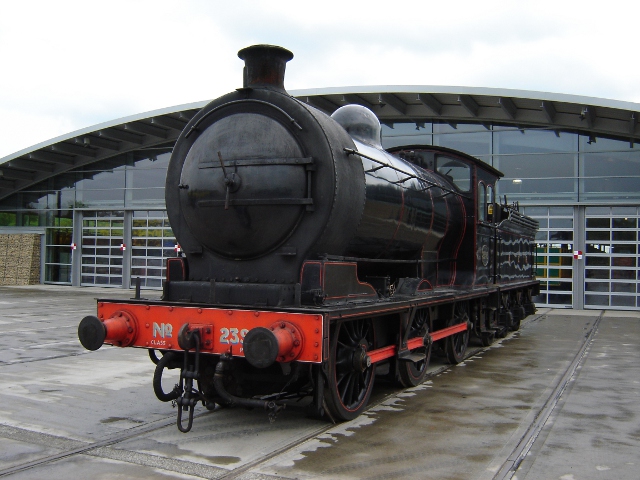 The locomotive is owned by the North Eastern Locomotive Preservation Group (NELPG), a charity run by volunteers which owns several examples of locomotives from the North East of England and works to keep these magnificent machines in steam for all to enjoy.

Introduced in 1906, the NER P3 class of locomotives were powerful, hard-working locomotives, used on coalfield workings and local goods trains. No. 2392 was the last example of the class, and was outshopped from Darlington North Road Works in September 1923.

The locomotive was renumbered under both the LNER and BR renumbering schemes, eventually becoming J27 Class locomotive No. 65894. As diesel locomotives replaced steam, 65894 worked the last scheduled steam turn from Sunderland Shed on September 9, 1967, and was then sent to Tyne Dock to await disposal.

In 1967, NELPG managed to purchase the locomotive direct from BR and were able to restore it to full working order. The group delivered the locomotive to the North Yorkshire Moors Railway for use on this preserved line in October 1971.

Since then, the locomotive has found regular work on heritage railways around the country, including the North Norfolk Railway, the Keighley & Worth Valley Railway, and the Embsay & Bolton Abbey Railway. However, its last boiler ticket expired in 2006, when it was moved to static display at the Head of Steam Museum in Darlington.

In 2008, 65894 was moved to NELPG’s engineering base at Hopetown Carriage Works, Darlington, where volunteers began the dismantling and investigation work needed prior to overhaul. During this process, the locomotive’s cylinder block was examined and found to be beyond repair. NELPG therefore commissioned the casting of a new cylinder block for the locomotive.

The new display at Locomotion: The National Railway Museum at Shildon features the old cylinder block from the locomotive. A defect was found in the first new cylinder block cast, and this defective piece is also now on show at the museum. In addition, the display features a selection of wooden and resin patterns used in the casting process, along with more information on the locomotive’s history and its ongoing £250,000 restoration.