Apologies for the absence of recent Q6 updates, but Bill reports that it has been a fairly frenetic period with activity on nearly all days.

Wednesday 25th started with Paul Jamieson, Roy Marshall, Dave Donegan and Bill Dobson at Deviation Shed. The prime task was to remove the blanks for safety valves and whistle, and then fit them, together with new gaskets. Then the dome cover was removed, and the rubber gasket on the J-pipe blank was replaced by a steam joint. This will enable the boiler to be steamed shortly after hydraulic testing. That evening the boiler was filled with water. The following morning a hydraulic test was done, and a small leak was found on the copper firebox door plate along the line of the weld done in 2014 at Crewe. A dye penetration test was carried out and a hairline crack, about 1 inch long, was revealed. After consultation with the boiler inspector, Mark O'Brien arranged for Derek Brewster, a copper welder, to travel down from Inverness on Friday. A high power welding set and a bottle of helium gas was also organised by Mark on Friday. Mark carried out preparation work, and the weld was done early Saturday morning. On the Sunday some weeping small tubes were expanded, and the boiler refilled. Early Monday morning (30 July), a further hydraulic showed further leaking along the line of the old weld, and Derek returned and carried out further welding, making a total length of about 9 inches. Another hydraulic test was carried out to 270psi with no more leaks in the region of the old welding. However, a small leak was observed where the main copper internal steam pipe comes through the front tubeplate. Once this is eliminated the boiler should be ready for the boiler inspector to witness the formal hydraulic test, which will start the "clock" on the 10 year inspection period.

On 1 August, Roy Marshall, Nigel Hall, Bill Dobson and myself were present. Unfortunately Mark O'Brien was not at work that day, so the planned work on the copper internal steam pipe - the removal of the inside steel ring to enable a new tapered one to be machined - could not be carried out. So, apart from a long lunch in the sunshine at the picnic bench overlooking the MPD, and a number of discussions with NYMR management about progressing the Q6 work, the final jobs of the week were to refit the regulator handle, and continue removing concrete from the smokebox, both of which Roy tackled with his customary enthusiasm!

Elsewhere, the missing drawbar spanner for the J27 was found and Nigel has taken it to reunite with the J27 this week. In my absence in Australia, the outstanding work on the stove chimney and its roof access has been completed, and the Grosmont external end of Deviation Shed now proudly shows its name. 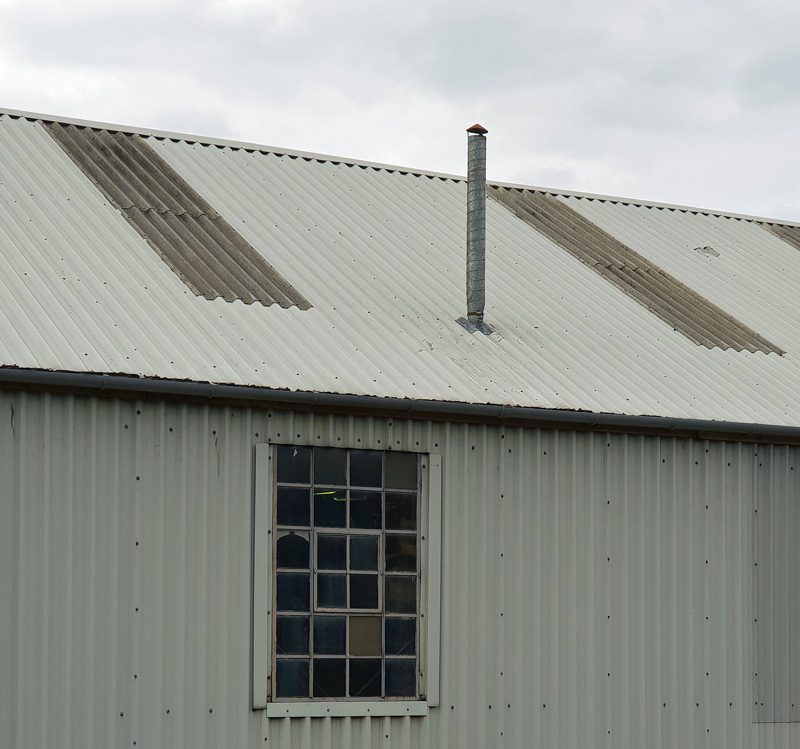 With completion of the stay work, the boiler for the S15 has been filled with water and some weeping stays dealt with, but it is also suffering the same problem as the Q6 with its copper internal steam pipe. Assuming that can be resolved in the same way as that for the Q6, it is hoped to carry out an internal hydraulic test next week. The new cylinder block for No 29 has been delivered from the machine shop on Teesside and trial fitted. Some work is required to build up and match the securing holes in the frames to the new block, but that should be finally fitted in the next week or so. Outside, No 75029 has been brought down from the backfield and the cab was being removed on Wednesday prior to a boiler lift so that a full assessment of the required work can be made.