Just three of us - Ian Pearson, Steve Hyman and myself - gathered at Grosmont yesterday on a grey morning.

After the usual cups of tea, and a chat with Barney Casey of the MPD about the jobs to be done, the three of us set to on the vacuum ejector down in the machine shop. The day was spent sorting out the various parts of the jigsaw puzzle that needs to be put back together with the aid of the railway equivalent of the garage mechanics manual, locating a replacement for the apparently missing clack, and lapping in the various valves. This took us all day, albeit a shorter one than normal, and, as requested by Barney, we left all the parts ready for Keith Pardy to put the ejector back together on Monday when he returns from his weeks holiday.

Elsewhere, the Q6 has now been moved back into the running shed, along with the elements. The top row of elements have now been installed (see photo), with a one eigth of an inch projection into the header, and Chris Kelly was working on their expansion (see photo) using the tube expanders from the upstairs store in Deviation Shed. Progress is slow, but Mark O'Brien is reportedly going to spend the weekend working on the elements, so hopefully completion of their installation and hydraulic testing of the header will be completed very soon. 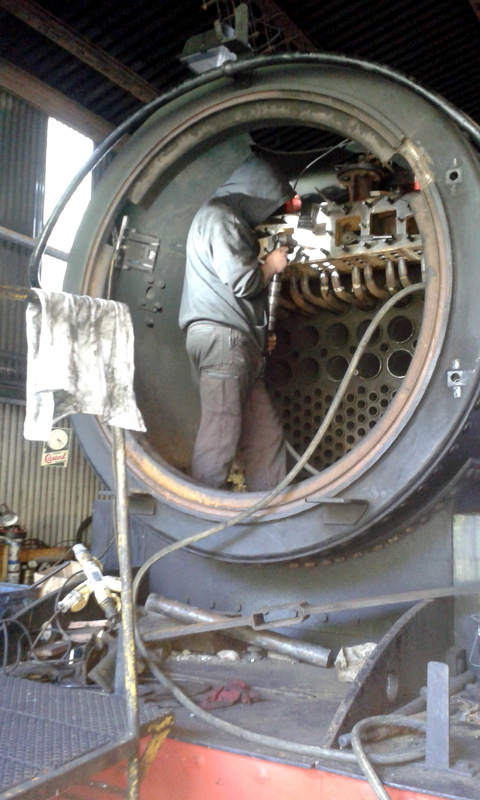 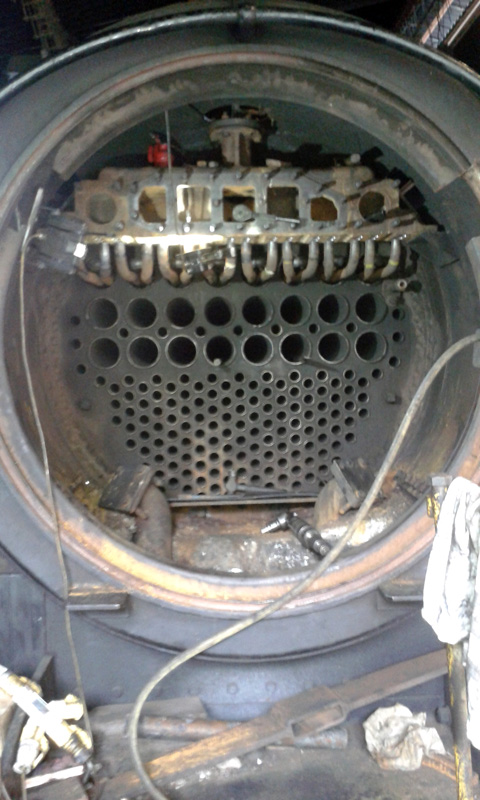 Earlier in the week, examination of the regulator pilot valve, preparatory to cleaning, found that it was cracked and then it broke in two (see photo). It was despatched to Lanes for a new one to be cast, which was done yesterday, and it is due to be returned to Grosmont today for machining ready for fitting. The other part of the regulator mechanism into which it slots was also being machined yesterday. 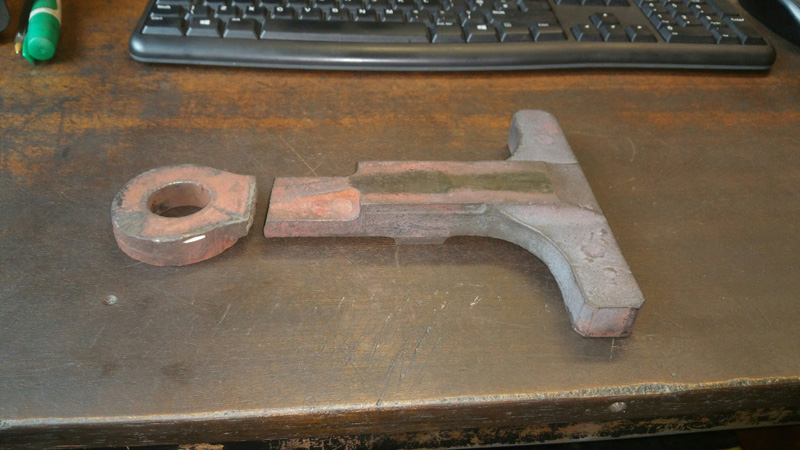