The J27 will be returning to the NYMR next week from the Wensleydale Railway. The tender is due to arrive at New Bridge, Pickering on Tuesday and the engine itself on Wednesday. They will then need to be connected up, in a reverse of the operation last month for its departure.

Once connected up, it is intended that a warming fire will be lit, preparatory to its move back up to Grosmont on the back of a convenient service train. It will then have a 28 day washout and full check over, before returning to service, hopefully towards the end of the week beginning 10 September.

In the meantime, the J27 suffered a second broken engine driving spring on Tuesday (see photos). It therefore missed service yesterday while the spring was changed, but was back in operation today. 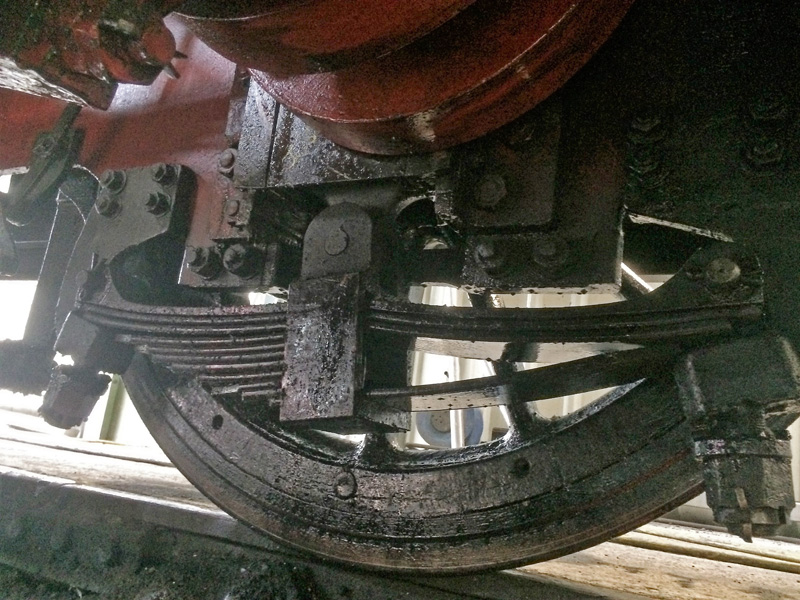 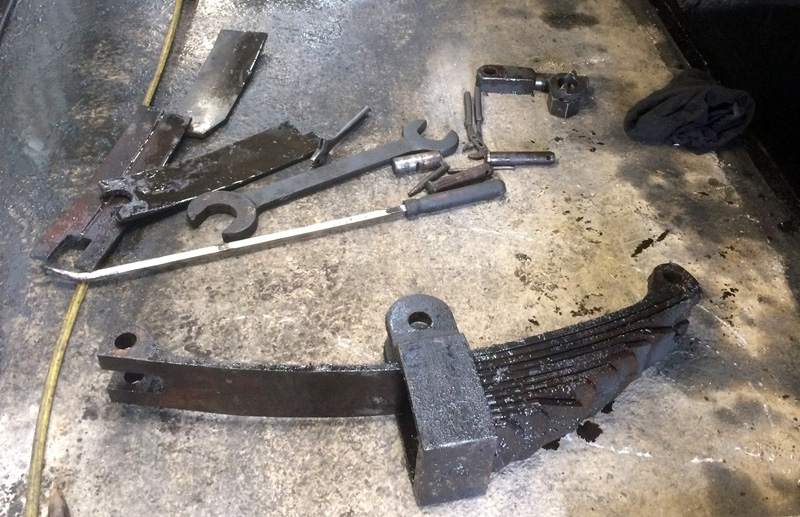 Arrangements have therefore been made for the two broken engine springs to be collected from Leeming Bar today so they can be despatched to Owens Springs with the minimum of delay for refurbishment/replacement.