A bright and breezy day at Grosmont yesterday, with Nigel Bill, Bill Dobson, Ian Pearson, Nigel Hall and myself, along with a Q6 raising steam outside the MPD on No 5 road, prior to moving to the coaling plant pit under its own power for the first time in 18 months. 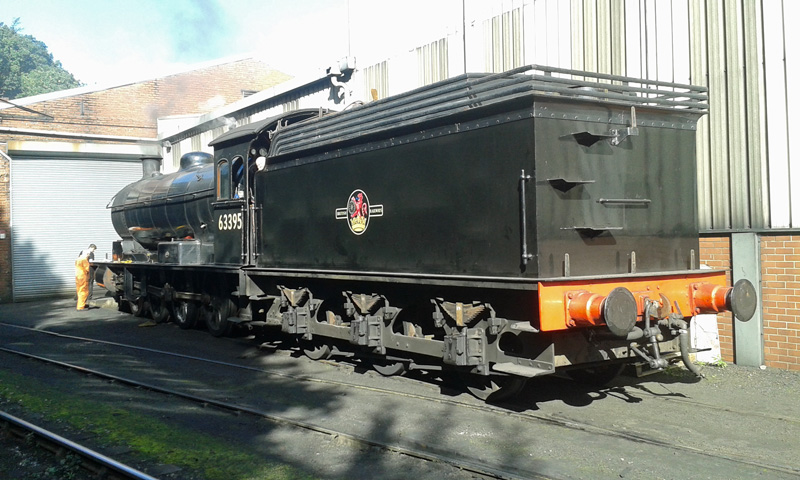 Here it was oiled up, a replacement front shackle found for the one that was missing, and Nigel Bill went over to Teesside to fetch some sealing rope for the smokebox door. Meanwhile the MPD staff were wrestling with a leaking vacuum, fitted the smokebox door seal, and completed a number of other small jobs before we broke for lunch. The previously welded bracket on the fall plate was then found to be broken again and was rewelded, but this will be only a temporary fix as the fall plate itself is badly twisted and will need to be replaced. The injectors were tested and were working fine, but as the locomotive was put into reverse to move up the headshunt for some running in (it is currently smokebox facing north), the isolater valve on the reverser pipework between the frames fractured. Quick work by the shed fitters saw the multi union pipework replaced, along with the now redundant isolater valve, and the original pipework run restored after it had been annealed. Moving the engine then revealed that the drain cocks were not working as they were full of dirt, so the Q6 was moved down to the pit on No 1 road for the drain cocks to be removed (see photo). That done, the engine then finally did some running up and down the yard for about an hour with Ian Pearson driving and Nigel Bill on the shovel (see photos), before the day was finally drawn to a close with tea and cake, and the engine disposed. All the axleboxes remained cool. 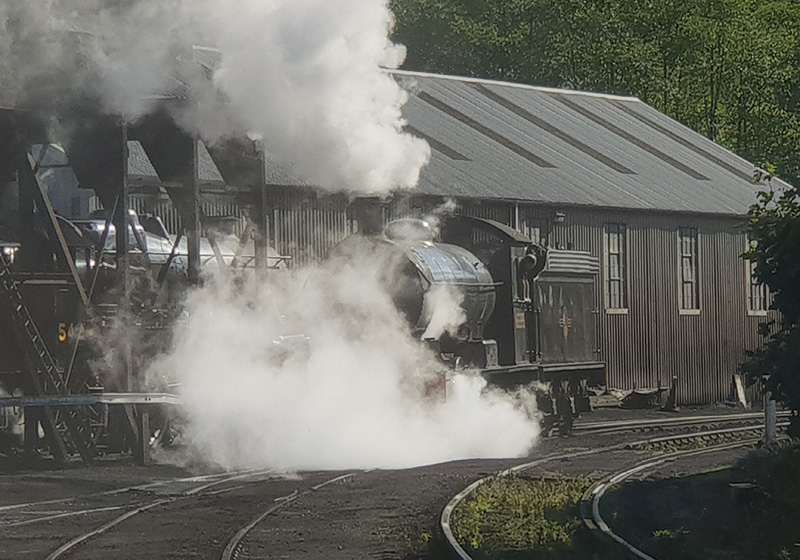 Today (Thursday 13th), the plan is, first thing, for the drain cocks to be cleaned and replaced, along with the vacuum diaphragm in the hope that this will cure the leak. The Q6 will then spend the day running up and down the bank with Terry Newman driving. If that goes without problem, it will then spend tomorrow running to Pickering on the back of service trains, and, if that is OK, Saturday will see it on the front of service trains, with the aim of getting about 200 miles of running in successfully completed. Assuming all goes well, Sunday will see it at New Bridge, Pickering for splitting the engine and tender, ready for loading first thing on Monday morning for the move to the Severn Valley for their Gala at the following weekend. If it goes, and it is still an if, then Barney Casey, the senior fitter at the MPD, will be going with the Q6 to make sure all is well, and that if any problems arise, they are dealt with. 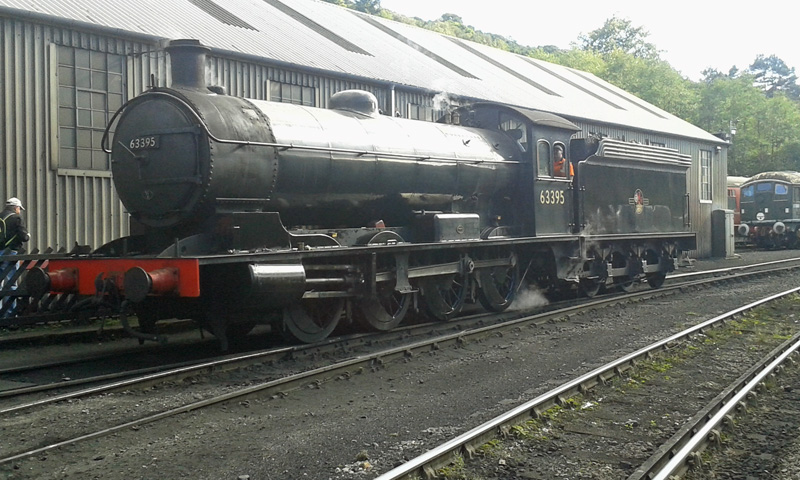 It will then return in the week beginning 24 September, ready for the NYMR's own Gala over the final weekend of the month. This should see both the Q6 and J27 in action.