After disposal, the Q6 met the J27 in the running shed. The J27 had a warming fire for a post washout and repair steam test. This must be the first time that the two locomotives have met, in steam, and in the same BR livery, since the end of steam on BR. 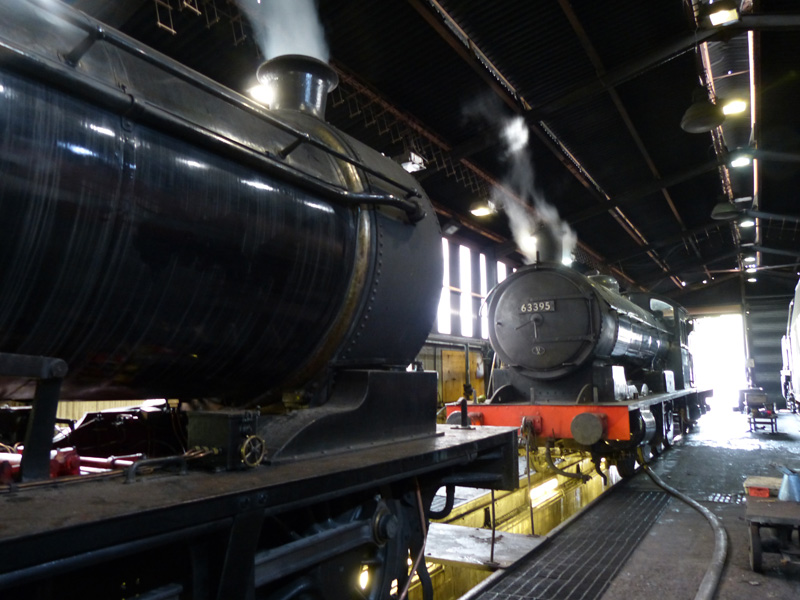 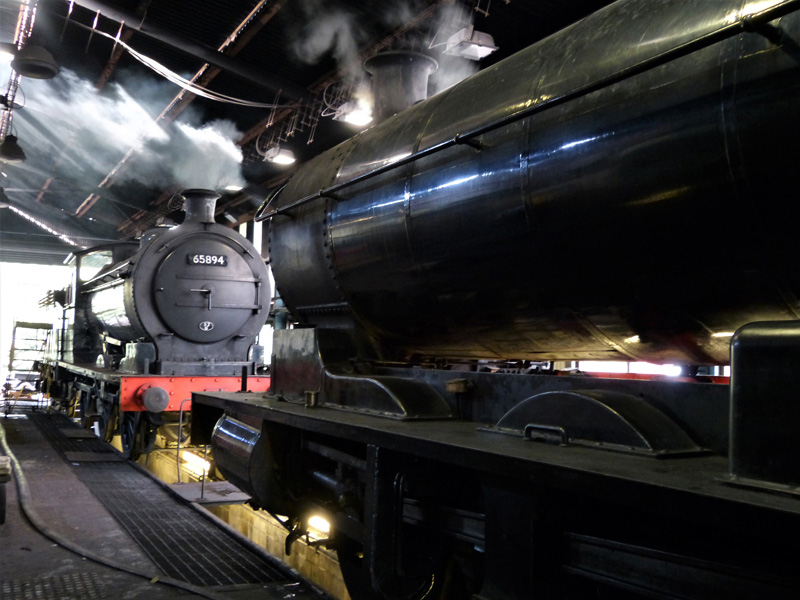 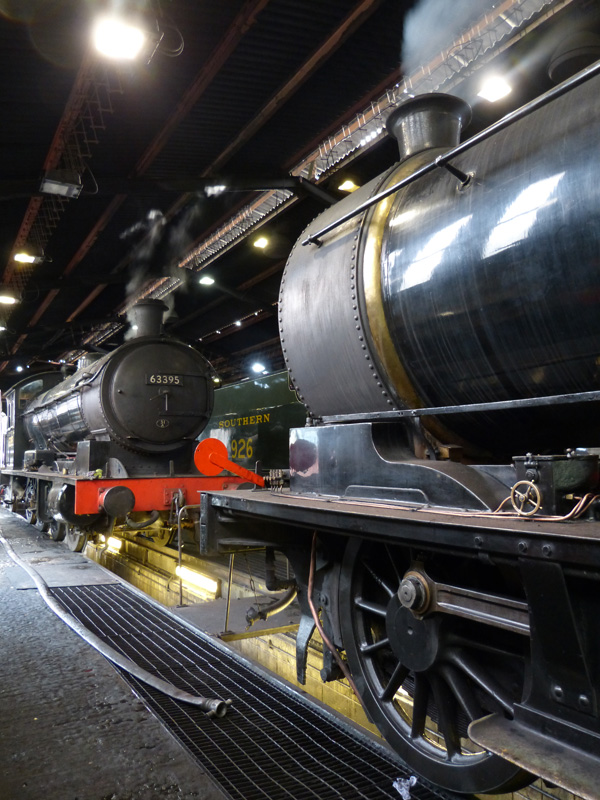 However, such sights were at the end of a rather frustrating day.

Nigel Bill reports that he arrived Grosmont MPD with Terry Newman for an 8am sign on for a days running in on the Q6. The weather was glorious blue sky, sun shining, and a light breeze - perfect for running in trials.

He helped Terry prep the engine and do some cleaning whilst the MPD staff refitted the cylinder drain cocks and linkages. However, the front R/H drain cock in the steam chest could not be fitted tightly as the male to female connection threads were badly worn and would not seal. A temporary fix with wire fastening was done to allow some running in, so the locomotive was coaled and the tender filled with water before dropping down to Platform 4 at Grosmont around midday, with Adrian Dennis from the MPD on the footplate as fireman and travelling fitter, ready for a run to Goathland. However, the signalman only allowed 15 minutes in the section, so the run went up past Green End where there was a stop for a check round. No signs of anything running hot or squealing out for required lubrication, so it returned to Grosmont Station where the engine was checked again and nothing untoward was found.

They were then given 40 minutes in section to get some further running in done, but when Terry opened the regulator to set off, the engine would not budge either in reverse or forwards - fighting to the end!

Adrian and Terry set about identifying the fault which was found to be the steam brake not releasing the brakes: nor would it with the ejector.

The locomotive steam brake piston had bottomed out on the cylinder, and would not release as the linkage had gone past the vertical and could not be released by steam. Adrian had to get his bag of tools out therefore, and set about resetting the linkage which allowed the brakes to release. It was then decided to return to the shed as a R/H side drain cock was blowing by. Back on shed, it was found the drain cock that had the temporary fix had failed to hold in the Station whilst the regulator had been opened and shut a few times to try and get the engine moving before the brake fault was found.

As a consequence, it was decided to call it a day, as a permanent repair was required for the drain cock and the brake linkages could be adjusted to prevent the piston sticking at the bottom of the cylinder. So, after 2 days of trying to get miles under her belt it was reckoned that about 4 had been achieved. Not what had been expected, and the shed staff were left with work to do on the Friday morning to hopefully enable some more running in to be done.

The day's events were also filmed by the Channel 5 documentary team, including interviews with Terry, so the day of frustration should appear in the new series when it is aired next year.