On 1st September 2012 the J72, 69023, hauled theThe Going Places Express on the only scheduled passenger train to Northallerton West in 2012. 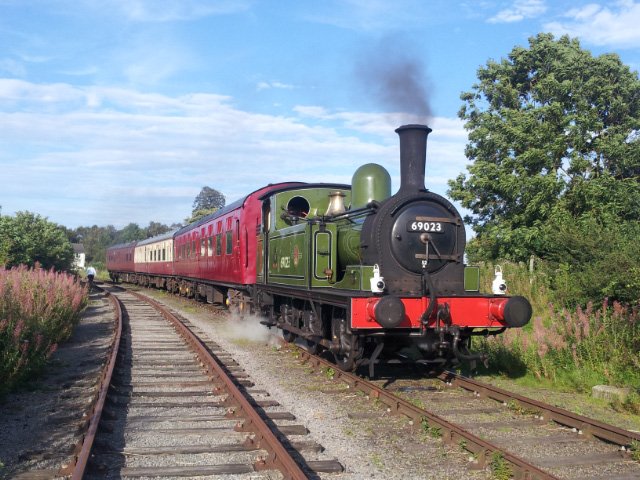 On Saturday 1st September a very special train left Leeming Bar Station at 16:30, hauled by NELPG’s smart J72 0-6-0 tank loco no. 69023. The train travelled to the site of Northallerton West Station, which the Wensleydale Railway plan to open in summer 2013. It will be the only scheduled passenger train to run beyond Ainderby in 2012. The train formed of three of the WRA’s Mk 1 coaches, included tea or coffee and a scone served at passengers seats on the special. 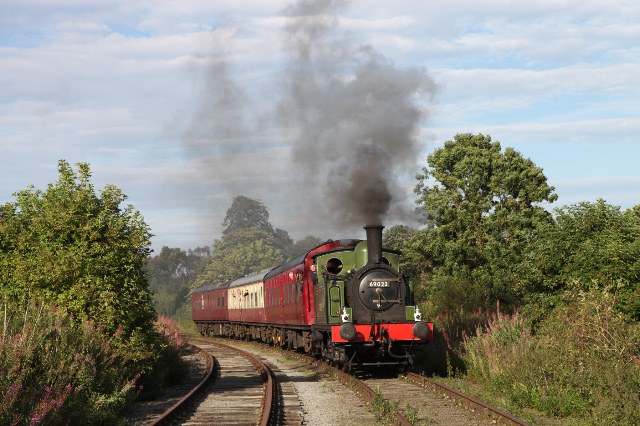 During your journey, members of the project team were on board to answer questions, and passengers were able to see the site of the ”South Curve” and inspect the area where the Northallerton West platform is to be built. 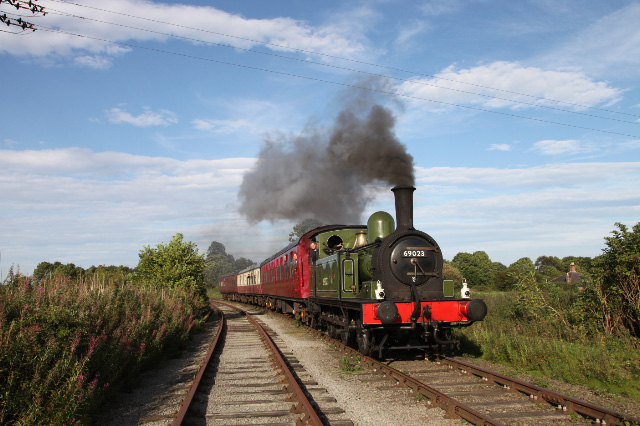 Earlier in the day the J72 had hauled the service train to Redmire: 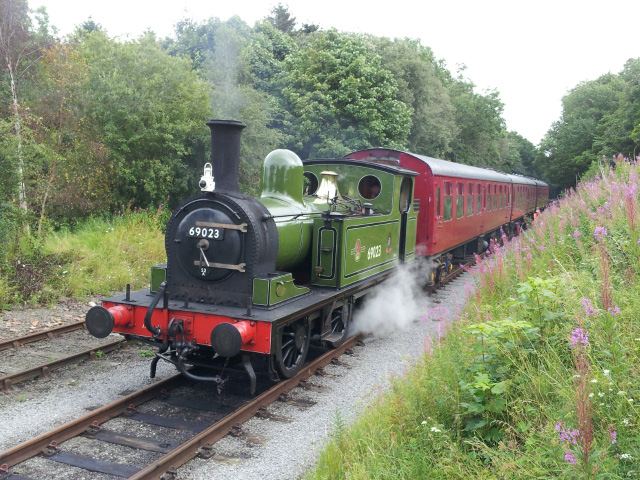 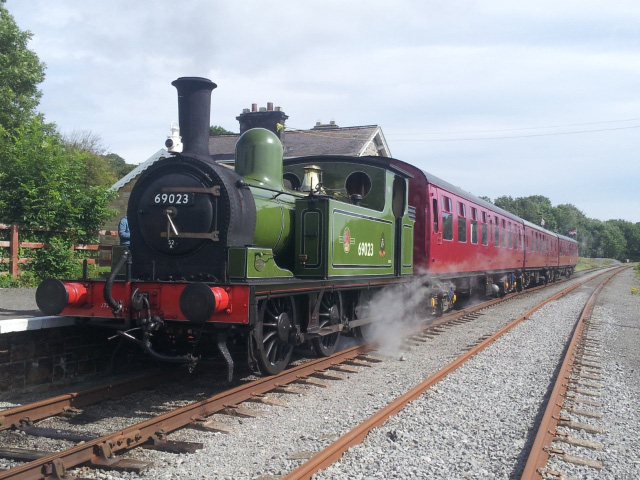 Here are some more photographs of a trip along the line taken on 18th August: 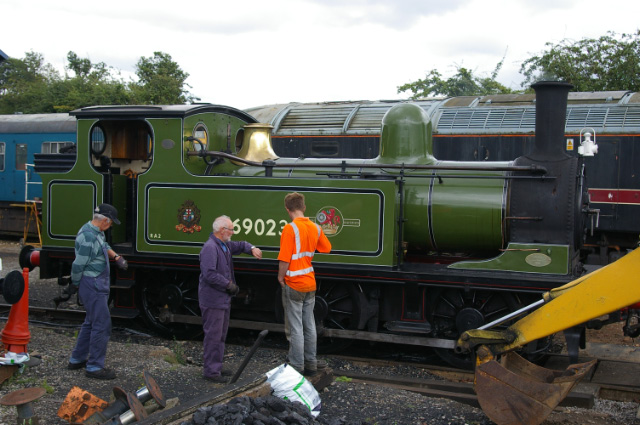 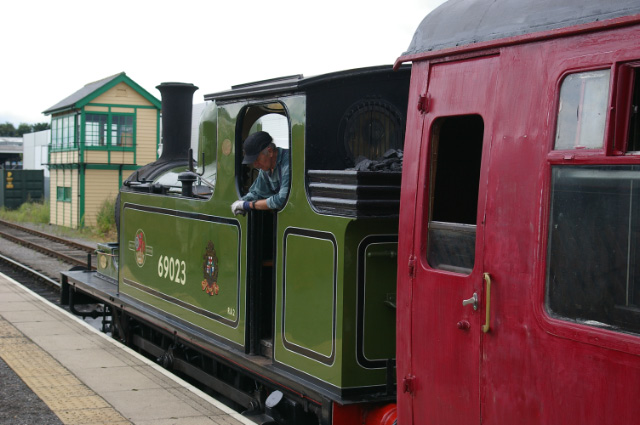 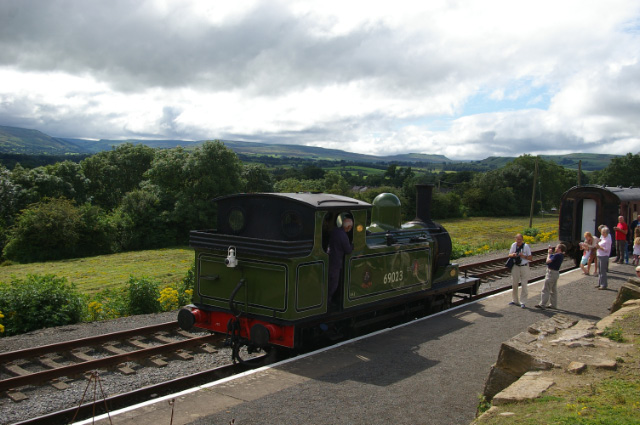 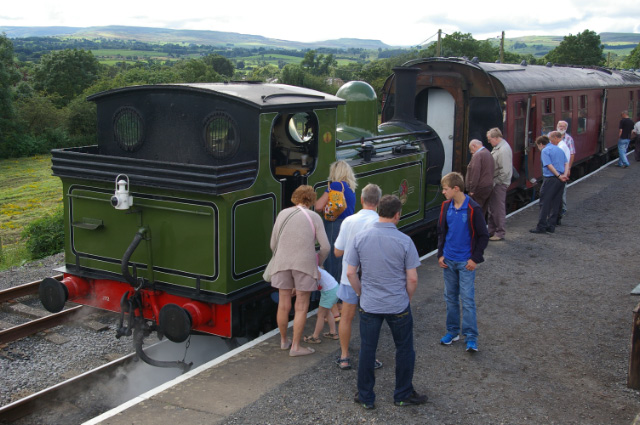 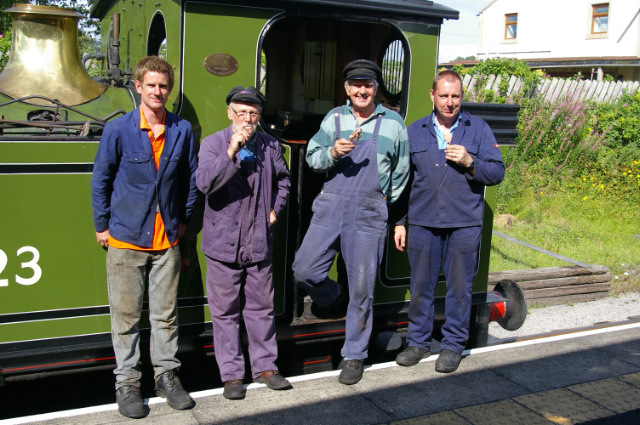 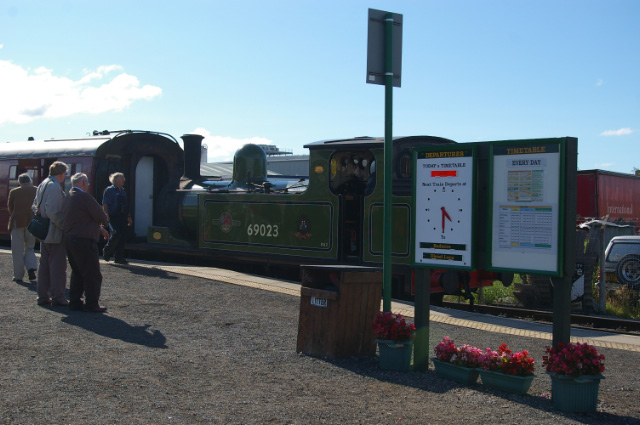