We arrived to find 2 dead pigeons on the doorstep. Is this a bad omen? A sign of metaphysical death? 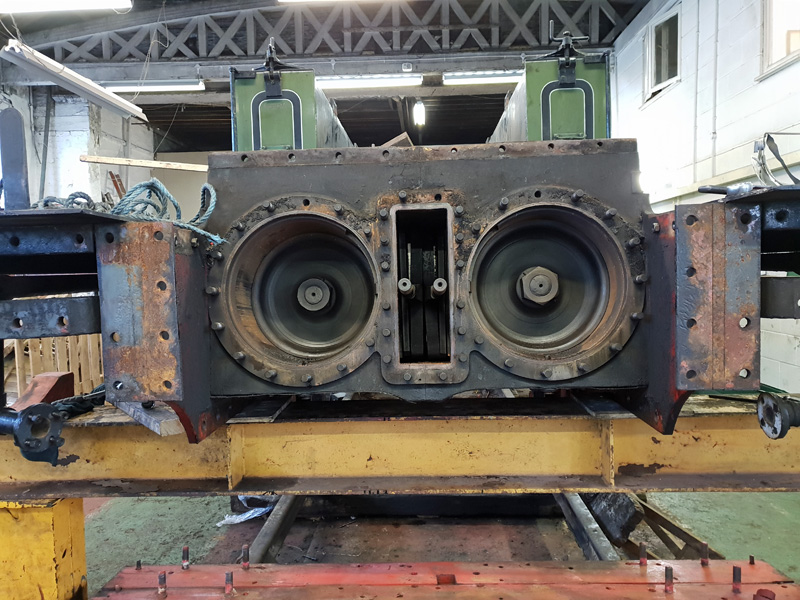 Anyway, after Arthur had tossed the 2 corpses onto the grass, in the hope that the local cats would take them home, the usual suspects set to work. Steve and Harry managed to remove the front buffer beam and the piston and valve covers. Derek and Dave continued with the cab roof, to be joined by Colin Smith after lunch. Allan and Colin Bowman continued cleaning loco frames. A new volunteer, Maurice Bell arrived. He’s a retired machinist. He helped John and Arthur with the springs and hangers. I had a trip to to M-Machine to pick up some steel bar for replacement pins. Peter cleaned up the K1 cowls and steam gauge frame. One cowl will need a bit of welding before painting. 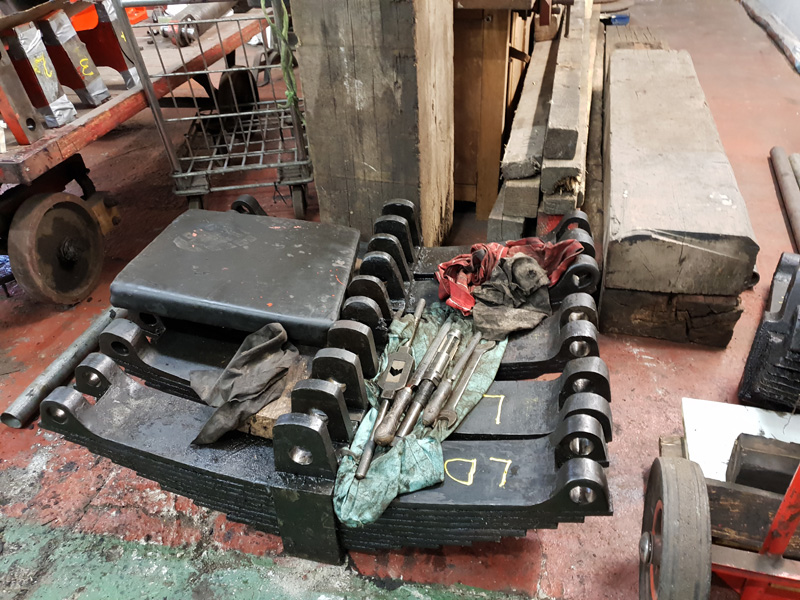 Derek Norris called in during the afternoon.