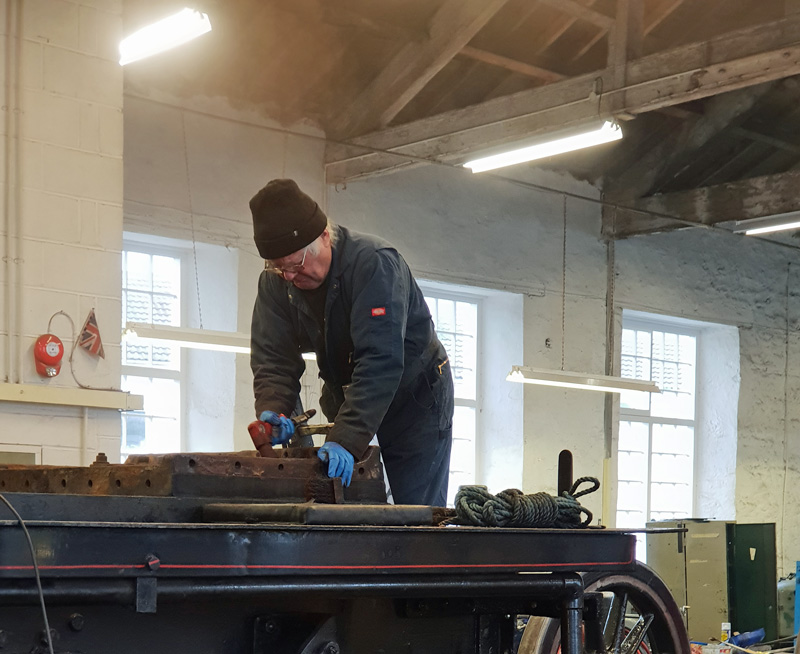 Yesterday (Thursday) the first working party of the season gathered at Hopetown.

It was a bit cold: with fire lit we had an early brew to warm through supplemented by Arthur’s stollen which was much appreciated. There was no semi skimmed mild at the corner shop so we had to make do with the ‘full strength Capstan’ with the blue top.

So Andy, Tim Williamson and Dave Wright set about cleaning the top of the cylinder block casting to expose the state of the fasteners. However, without a needle gun this too was a slow process. Allan Wilson continued cleaning the frames, Derek Shorton continued cleaning the K1 valve and Arthur started to prepare material for manufacturing the new spring hangers. I had a trip to Machine Mart to obtain a needle gun and called in at Head of Steam on the way back to try to trace our lifting equipment certificates – not there either.

On my return, Tim connected up the new needle gun and before long the air had turned Grangetown brown whilst Tim and Dave (assisted by Henry) cleaned up the saddle area.

I managed to spend the afternoon with an orbital sander completing most of the prep work on the cab internal sides.

Colin Bowman visited to make tea for us in the afternoon. 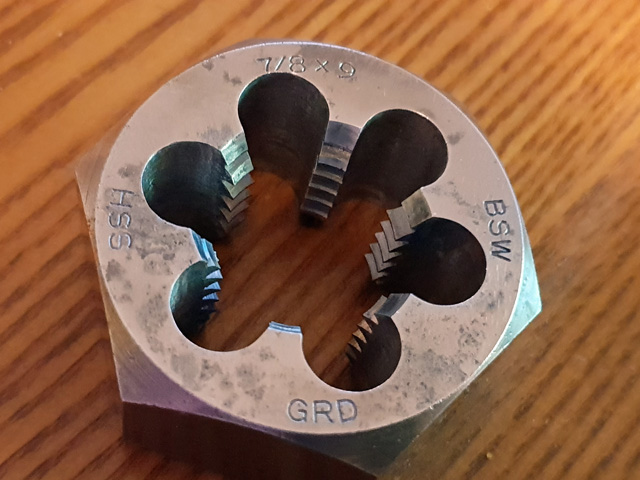 When I got home I discovered that a small package arrived - so ends the die nut saga.

Yesterday Dave Wright told the Hopetown working party tea break that whilst dressing the J72 dome threads three years ago he had accidentally knocked a die nut into the boiler. He let Fred know at the time. If it was a 7/8” BSW die nut then this could explain why one was missing from the Hopetown tool kit. If it has not been washed out yet it could still be there to be discovered by those cleaning the boiler. I doubt that it will be in a fit condition to dress threads any more.