Twelve signed in to work on the J72 on Thursday. 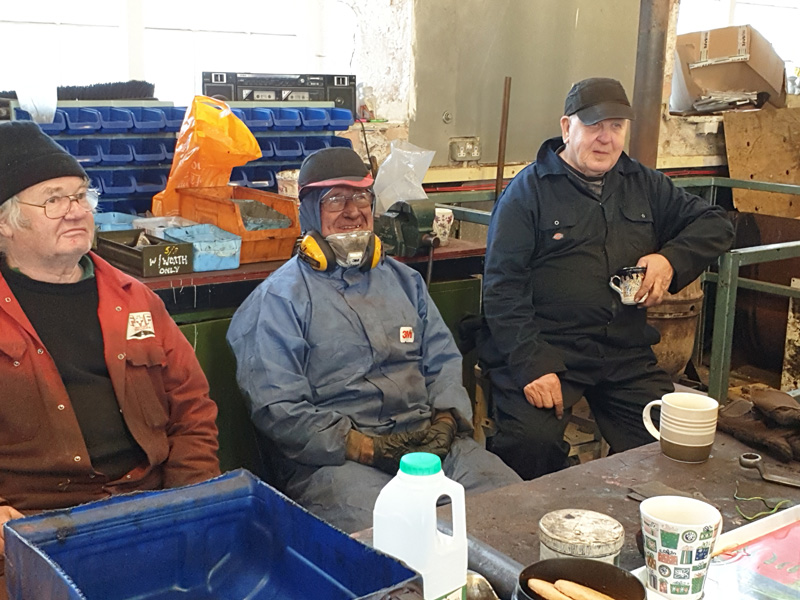 There were complaints about lateness of mid-morning tea. The NELPG clock by the fire has slowed down – we have yet to determine if this a relativistic effect or the need for a replacement battery.

Tim Williamson managed to tack another piece of channel to the wagon to constrain the feet of the tower.

John Jones managed to continue cleaning the frames behind the cylinder block . Tim managed to prepare three of the eccentric rods for NDT. Steve Gibson straightened out the ash pan which is fit for service other than a couple of pins which need renewal. Derek Shorton and Andy Bell worked on the steam heat valves. John Midcalf delivered the refurbished pistons which James Piercy measured up. James also looked at the Bridgeport Miller whilst Maurice Bell continued with his production run on the Harrison lathe. Nigel Hall managed to get a coat of white undercoat onto the inside of the cab. 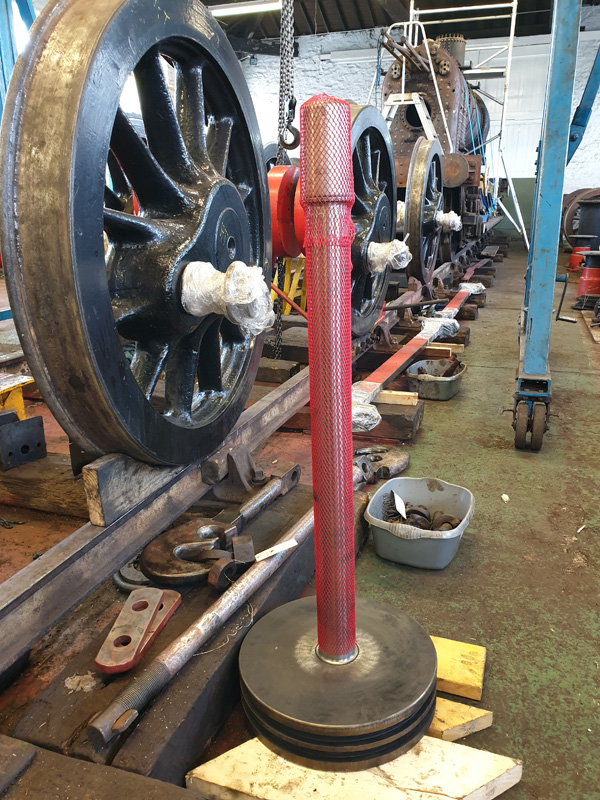 After lunch, Arthur managed to sweep out the boiler barrel and to start needle gunning. Paul Mason assisted by hauling up the buckets of scale. It’s nice to see progress in this area at last.