Because of the arrival of scaffolders at the start of repairs of a leaking roof at our house, I was not able to get to Grosmont yesterday, but Ian reports that it was as cold and very wet day at Grosmont as it was in York - the rain never stopped! Only Paul Jameson, Nigel Hall and Ian braved the elements.

On arrival at the MPD office, Ian read Tuesday’s repair card for the T2 with quite a lot of repairs recorded, including the the right hand cylinder cover which was leaking again - so much for PTFE! The engine was stopped on Tuesday evening and put on No 5 road. When Ian walked through into the running shed, two of the shed fitters and Barney were busy removing the cylinder cover. As the cover and the PTFE seal were removed (the latter looking a bit the worse for wear - see photo), Ian asked Barney if he would he like the old copper joint bringing down from Deviation Shed. He agreed, and would use it with steamseal. After bringing the copper joint down it was annealed, then fitted and the cover refitted. Barney himself was busy repacking the regulator gland and stripping the injector steam valves down as they were badly passing steam by. A new clack was made for the left hand side and the other was lapped in. Paul and Ian had a cuppa, then set about helping out with some other jobs on the list. First was to tighten all the steam reverser gland nuts, which Paul did, with some assistance from Ian in getting the right sized spanners and some odd shaped ones due to the fact some of the nuts are really awkward to get at, let alone get amongst the motion to gain access. Eventually though they all were tightened. The shed fitters, after tightening up the cylinder cover, concentrated on lapping in the cylinder cocks which had been booked as leaking. Nigel set about clearing lots of items blocking the way of the Fire Door, which included a lubricator, shovels, brushes, and many other items. He also did some repairs to the door and removed lots of ash which had built up in and around the door. 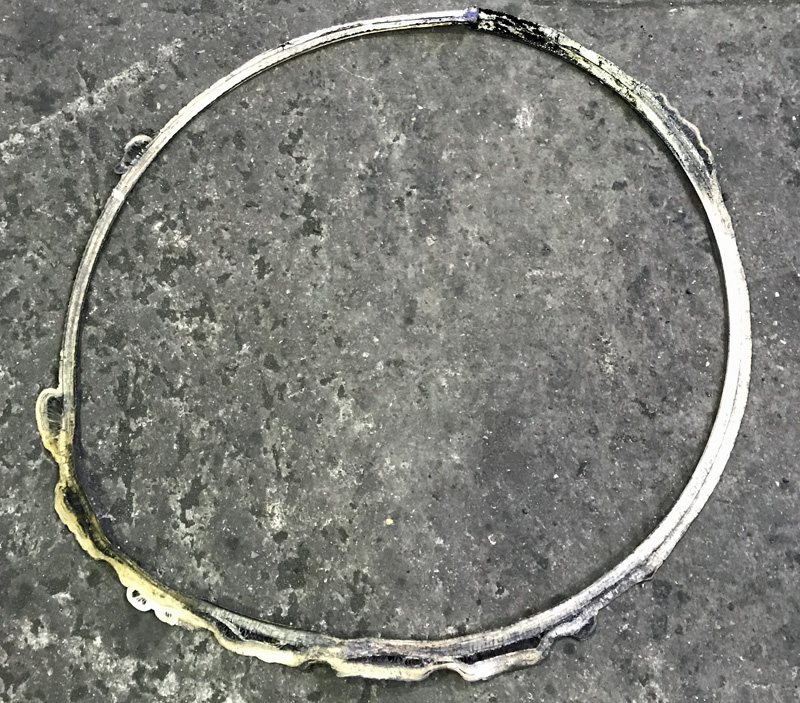 Lunch was had in Deviation Shed with the three of them and a couple who were having their picnic lunch while sheltering from the rain. After lunch Ian had to do some concreting in the smokebox as it had been booked for drawing air at the rear of the smokebox. Paul removed the drip valve on the front of the steam heat hose which had a split pin broken and the disk missing - the offending part was removed. Paul took the drip valve to the workshop and repaired it, acquired a new disc from the stores, then refitted the drip valve back onto the steam heat hose. Another job for Ian was to tighten up the right hand tender intermediate rear nut and locking nut. This has been reported loose quite a bit recently and needs constant tightening.

The T2 should be back in traffic today as it is wanted for the dining train. The J27 is spare engine at the moment, with the B1, Repton, Std 4 No 76079 and Class 25 D7628 operating yesterday's services.