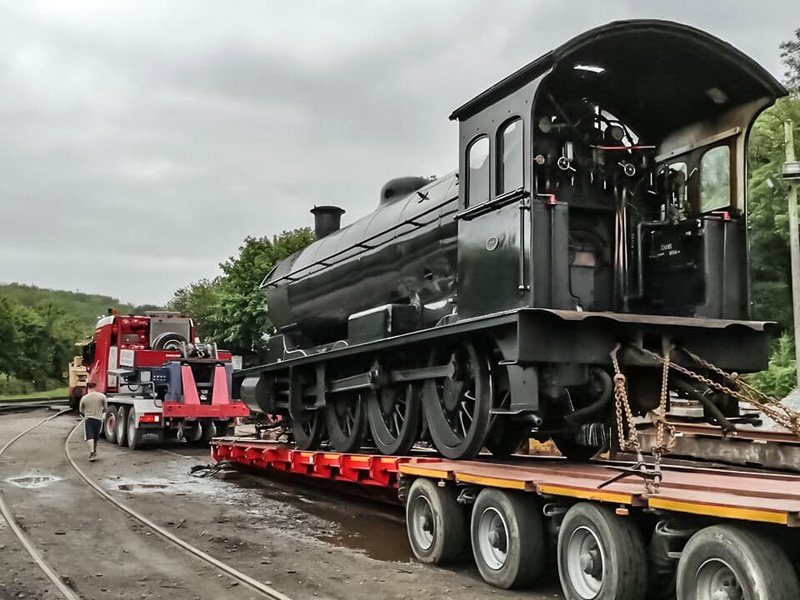 A cold foggy wet drive over the moors to Newbridge yard at Pickering this morning .With Ian Pearson and Jon Bradley, our job was to assist Dave Cholmondeley and Curtis Clifton MPD fitters to split engine and tender . The T2 was parked outside the P/way shed with the J27 in front , in steam awaiting its crew to prepare and move it onto the pit road after 5428 Eric Treacy was moved out of Newbridge yard to work the 9.25 train to Whitby.

We disconnected the hoses and tied them back out of the way and removed split pins from the safety links and main drawbar pin . Then it was cuppa tea time while were waiting of the J27 to move from the pit. When the J27 had gone the 08 shunted put the T2 on the pit .Once on the pit we were able to remove the drawbar locking plate put on the large ratchet spanner and with Curtis under the tender adjusting the spanner and the rest of us on the rope pulling the spanner handle we eventually loosened the big nut then eased it enough to remove the main drawbar pin. All pins ,cotters and locking plate have been stored in the fireman’s side locker. The job was completed about midday Jon and I returned to Grosmont and had lunch on the bench outside Deviation shed. After lunch Jon completed some woodwork on the bench around the stove and then gave it another coat of paint while I did some tidying up in the workshop.

No 8 road in Deviation shed has been tidied up a lot by the S160 lads there are a few items still to move . There is some scrap of ours to remove next week which is in the 4 foot and the sides of the track . Also quite a few broken and rotten sleepers and a broken rail piglet is aware of this. He hopes to get some repairs done to the track when the new point is fitted on 6 road which is ready at Newbridge yard. 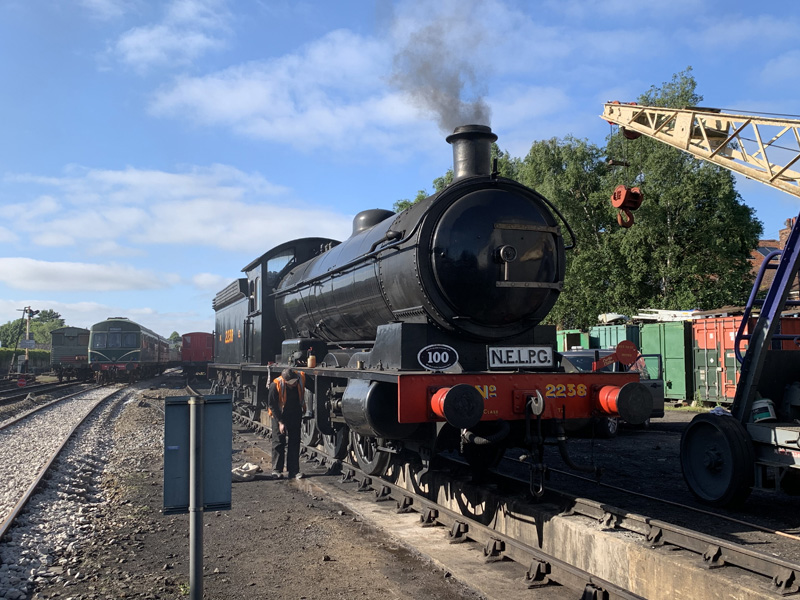 On Thursdat 27th he T2 arrived and was unloaded at Dereham, joined to its tender and a warming fire lit ahead of the gala weekend. Curtis Clifton and Andrew Jeffery  are down there as reps for the weekend with the loco. 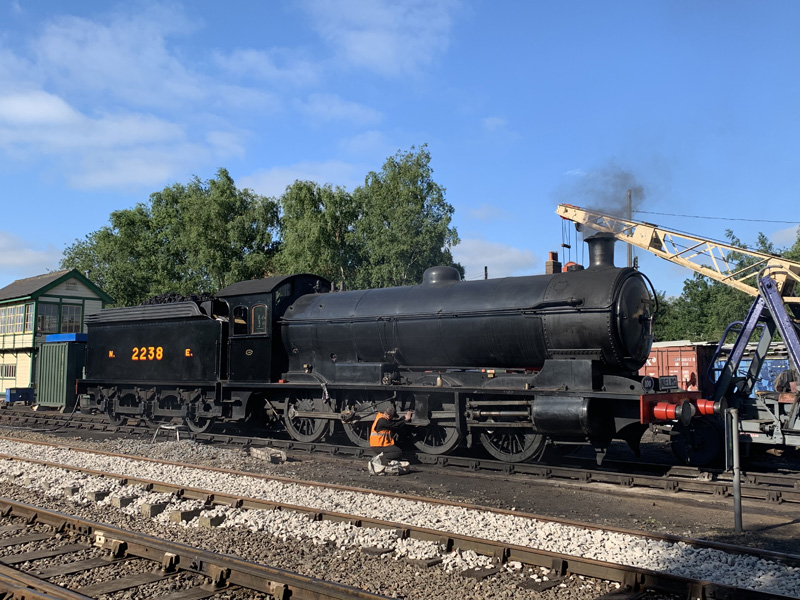