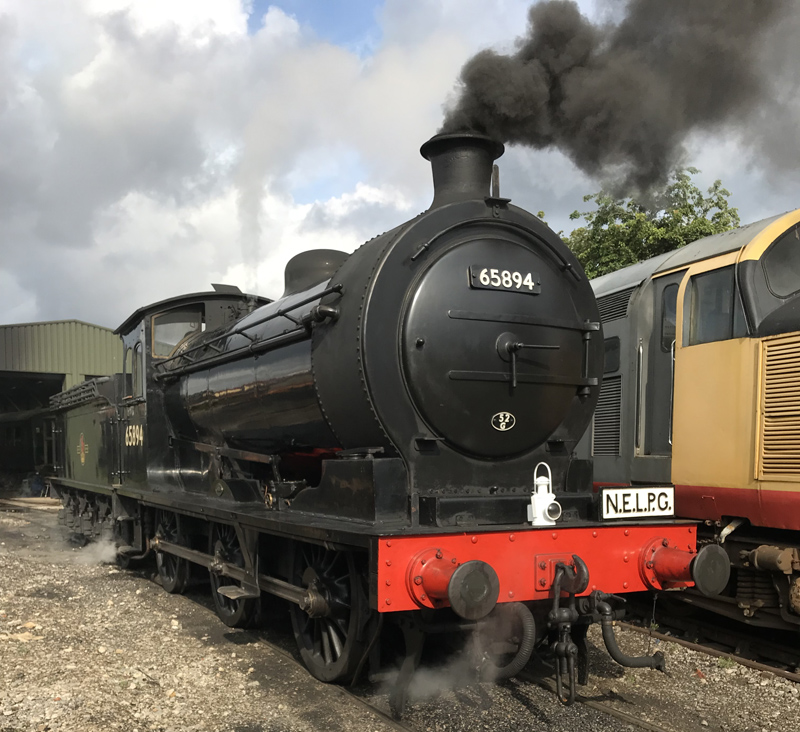 The team clocked on at 7.30am at Leeming Bar with torrential rain storms during the morning (and you will have seen the reports on TV of the damage caused further up the Dale by the ovenight rain - truly horrific). Apparently the duty fitter wasn’t the most helpful person to communicate with at this early time of day: he wasn’t very happy that our smokey steam engine was in his nice clean shed. However, he provided the key to open the rear access door. Inside was the J27 over the inspection pit which was about 2 feet deep in water - very reminiscent of Deviation Shed! Fortunately it does have a pump but, being new guys at the shed, there was a search round to get the pump going. Eventually, once the 110 volt connections on the pit side were plugged together, the water was pumped out, only to find a big split in the hose resulting in some water running back into the pit. While pumping the water out, and waiting for the fitter to get the shunting loco started and pull the J27 outside, checks were made around the engine - water level in the boiler, firebox and smoke box inspected and the fire set for lighting up.

Eventually, just after 9am, the J27 was pulled outside in a torrential rain storm. The fire was lit about 9.15 and then it was time for breakfast, with bacon buns from a cafe just over the way from Leeming Bar station and a cuppa.

After breakfast, lan, Steve and Bill did most of the oiling up with Nigel looking after the fire and cleaning the cab components. 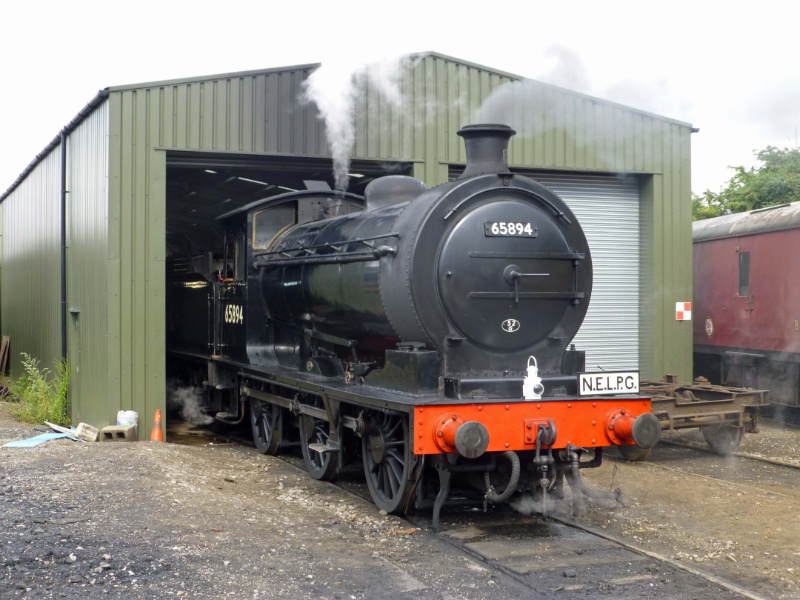 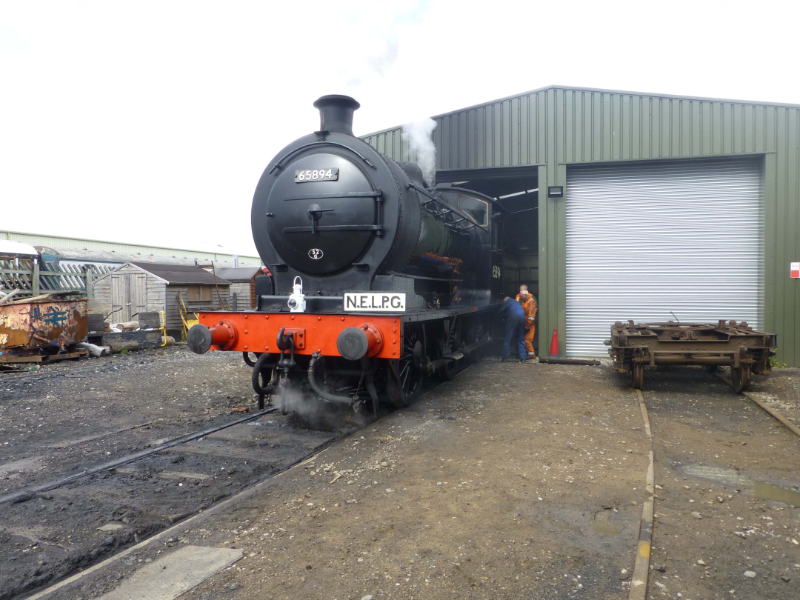 Fortunately, by lunchtime, the weather was fine, so lunch was had on the benches on the station platform. Trains were running on the Wensleydale Railway after the line had been inspected for flooding. After lunch some cleaning and fitting of the fish fryer guard was done. Then, later on in the afternoon, steam had been raised. The vacuum was turned on and checked OK, as were the injectors. Richard Pearson and James Pearcy arrived about 15.45 to do the FTR and test run to Crakehall which was successful. So all ready for steam services to start Friday as scheduled, with grateful thanks to all those who have worked hard to get everything ready: lets hope for a successful operating season. 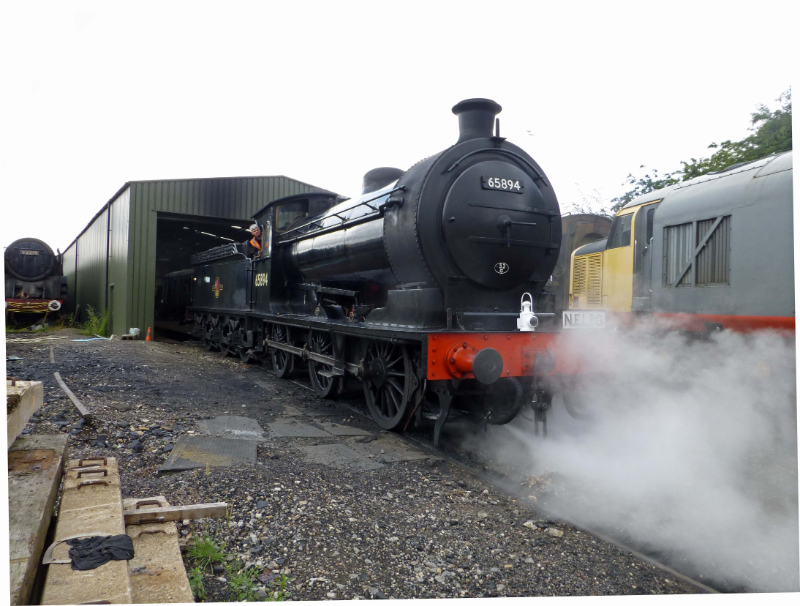 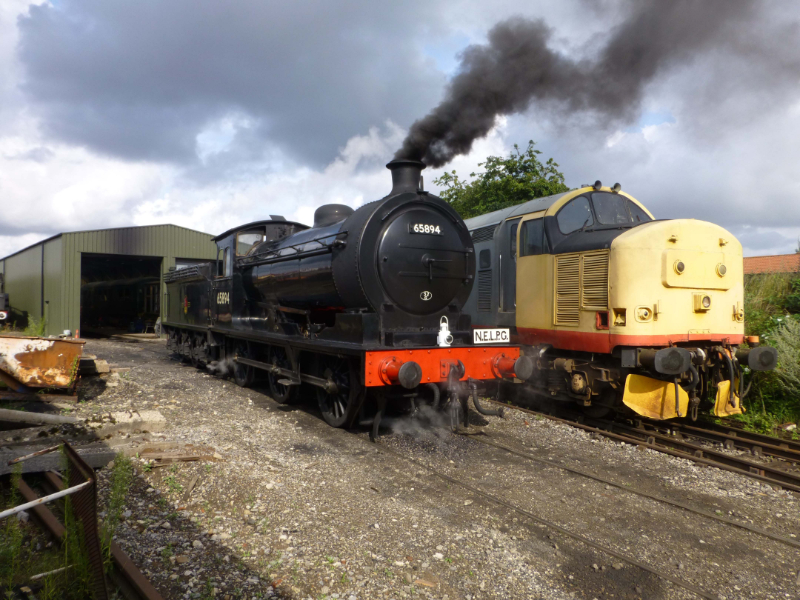