I was the Billy no mates today, on a glorious sunny, albeit chilly, day at Grosmont. Bill Dobson joined me after he had had a cup of tea in Armstrong Oilers, and we quickly established that there was no meaningful work we could do. Ian Pearson was driving and gave us a wave as he passed with 76079 on the 10.00 ex Whitby to Pickering.

The J27 was on the wheeldrop having a broken spring replaced (see photo of the damaged spring), following which it was due to go to the running shed for wash out. So unlikely to ba available for traffic for at least a week. The T2 was standing outside the running shed on No 4 Road being cleaned, and is currently the designated spare engine should there be a failure in service. Meanwhile the K1 was standing behind Deviation Shed. 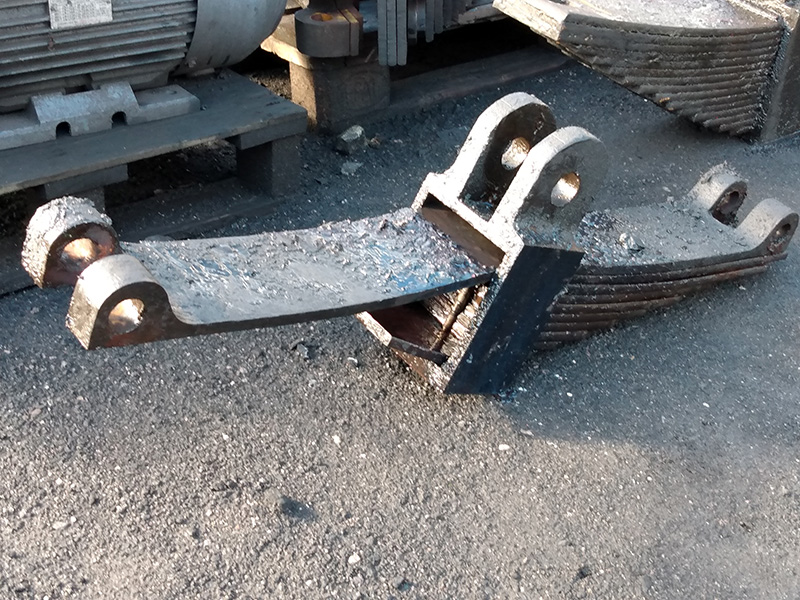 Its two replacement springs had now arrived, and were due to be fitted this afternoon once the J27 cleared the wheeldrop. Barney is anxious to use it to replace 76079 which is in need of attention, and is discussing the possibilities with Paul. It is however, definitely booked to take the diner on 26 October.

As a result, I switched on the pump to drain some of the water from the pit, checked the rear fire door was clear to open, did the washing up, filled the water bottles and emptied the overflowing dustbin - all the minor housekeeping jobs. There were a few visitors around and some money went into the donation box. William Parrish did a small job for the S15 No 825 in the workshop before Bill and I then left, had a cup of tea at the Grosmont Station cafe, and returned home at lunchtime.

As well as 76079, Black 5 No 5428 Eric Treacy was in service, along with the DMU. Much quieter than over the Gala weekend, but the trains were still reasonably full.

In spite of the lack of work this week, there will be another working party next week on 9 October 2019.