In late October 2018 rumours were circulating that the NELPG’s Q6 and J27 may be required for a filming job on the North Yorkshire Moors Railway. What this actually was – a TV programme or film was not known, because there was a great deal of secrecy involved.

The planned new filming event at Pickering on November 13th 2018 I believed should be recorded photographically for the loco owners NELPG and NYMR membership magazines and permission was granted by the NYMR. A 6 am departure in darkness from Teesside over the Moors to Pickering was with rostered driver Terry Newman. The rumour was the filming was about Downton Abbey, the well- known TV series but that series had finished. Upon arrival at Pickering it was clearly evident the filming was not for a further TV series, but for a major film of the same name. Outside Pickering station were large power generators. Large floodlights had been mounted at key points, a make-up room had been established and the Q6 had been given a new livery as LNER No 2235 whilst the J27 had its front number plate removed. A total surprise was to see, in the train formation of Gresley vehicles, the Travelling Post Office sorting van smuggled in from the Great Central Railway. The film was set in 1927 and the Q6 was to be portrayed hauling a mail train out of Kings Cross in the hours of darkness. All a bit make- believe but filmed in the darkness could be very dramatic.

Clearly the NYMR had a lot of staff coordinating the event for some time with great attention to detail. One camera was mounted on a P Way trolley, especially adapted and the scene in the film of the Q6 dramatic departure from Kings Cross will be from that camera.

Some of the staff and volunteers involved included driver Terry Newman, fireman John Steels and trainee James Conway on the J27, whilst the Q6 had two shifts. The morning shift had driver John Hunt and fireman Pete James whilst the evening shift for the main action had driver Neal Woods and fireman Phil Acaster. There were so many other people involved including Keiran Murray C&W, Laura Strangeway Marketing, Darren Palmer Control, and three guards, these being David Tibbet, Mat Donald and Stuart Bell.

All those involved in the filming had to go to the make-up room and this included the footplate crew and to the amusement of NYMR members as one driver was transformed and had grown a good head of hair! The other driver did not need any make up! Read that whichever way suits!

Various shunting movements took place in daylight to have the stock in precisely the right spot but as darkness fell and the floodlights came on and the scene was transformed. By now the whole station had ring of security staff to prevent local people getting pictures on social media. In a discussion with the producer he explained the considerable difficulty film makes of today have in keeping the storyline secret, until the film is released especially with modern media. Film makers of the past certainly did not have this problem. He also explained, that in the North East , there could be up to four films being made at the same time such is the popularity of the area. The NYMR were also under contract not to release images for the same reason.

So, pictures were taken of only the locomotive action by using a telephoto lens, a high ISO rating and no flash guns but in the full knowledge no one would ever see the pictures till after the film release date, that being September 13th 2019. In the still night, photography by the huge floodlights, the Q6 departure, with Neil Woods at the regulator, was both noisy and dramatic as it passed me within six feet.

The film Downton Abbey will now be on at cinemas near you and judging by the trailer it should be a period drama classic. I for one cannot wait to see the Q6 depart Kings Cross on the night mail! 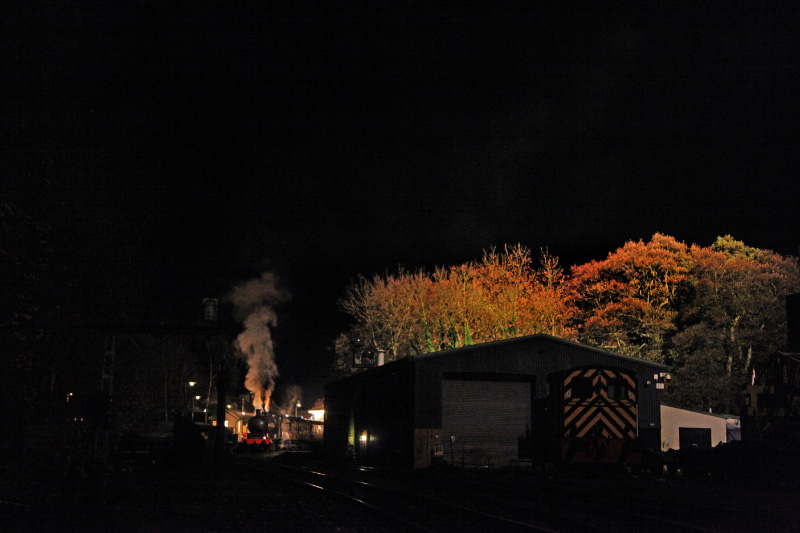 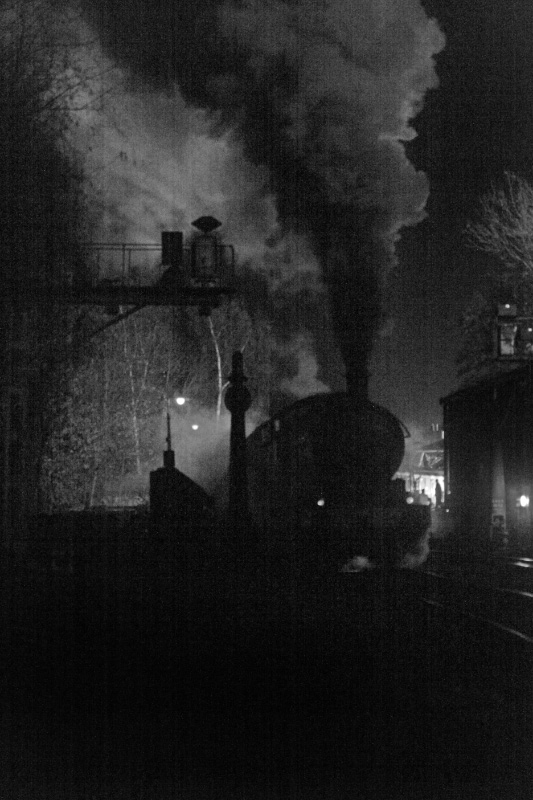 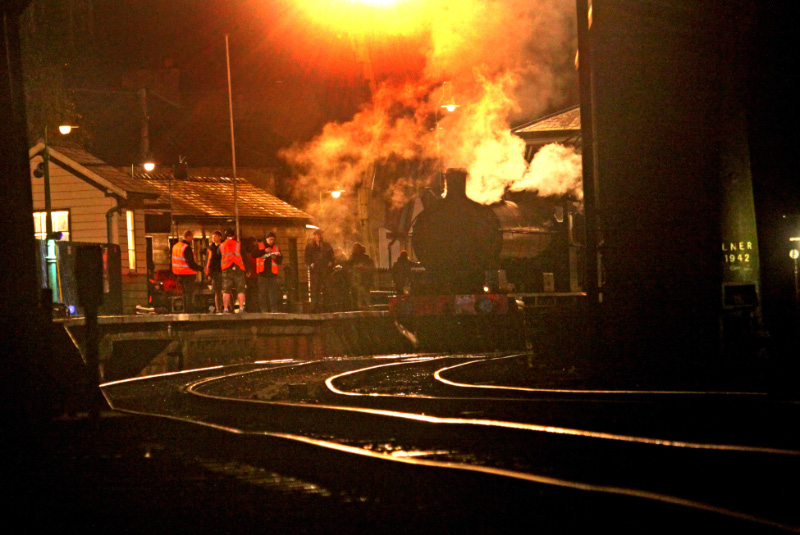 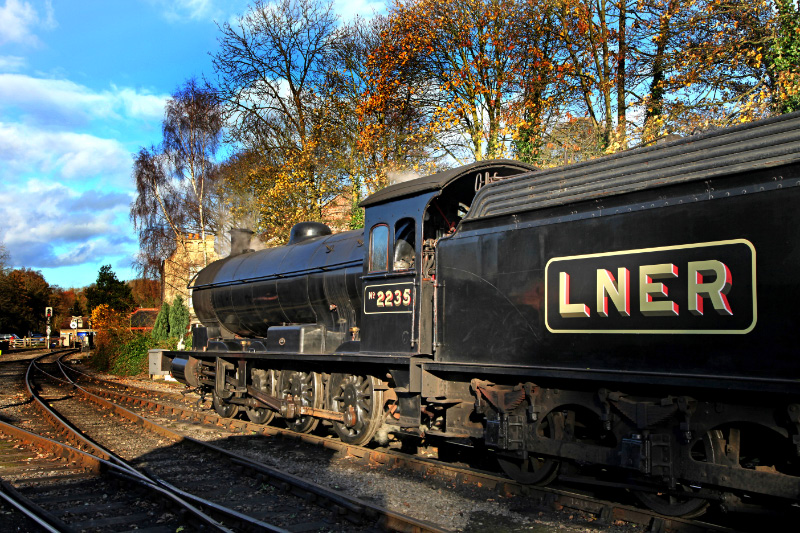 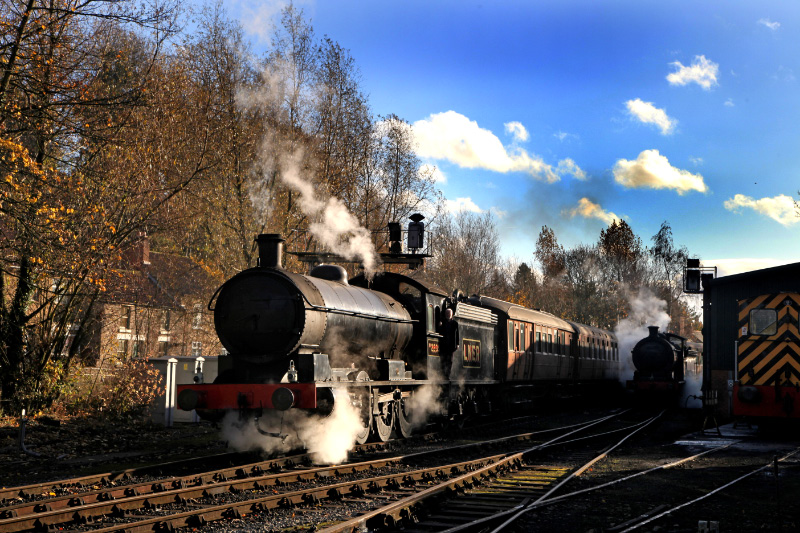 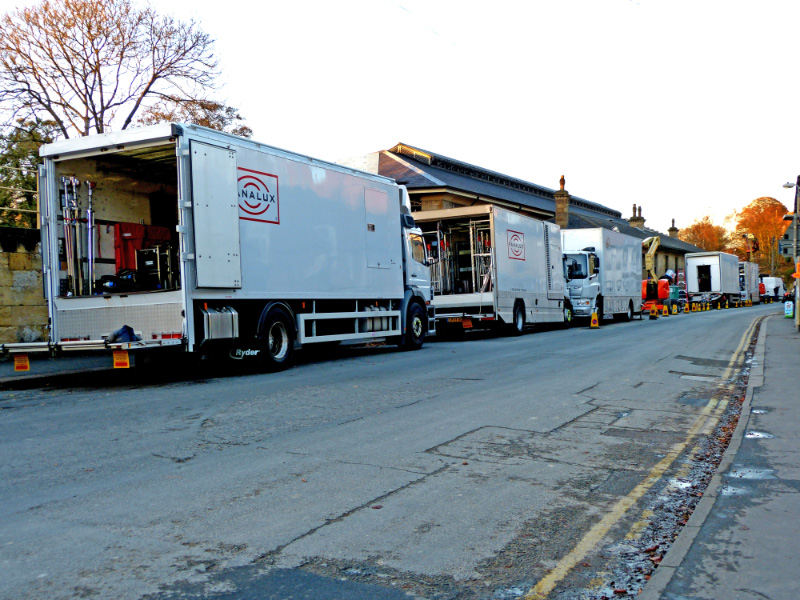 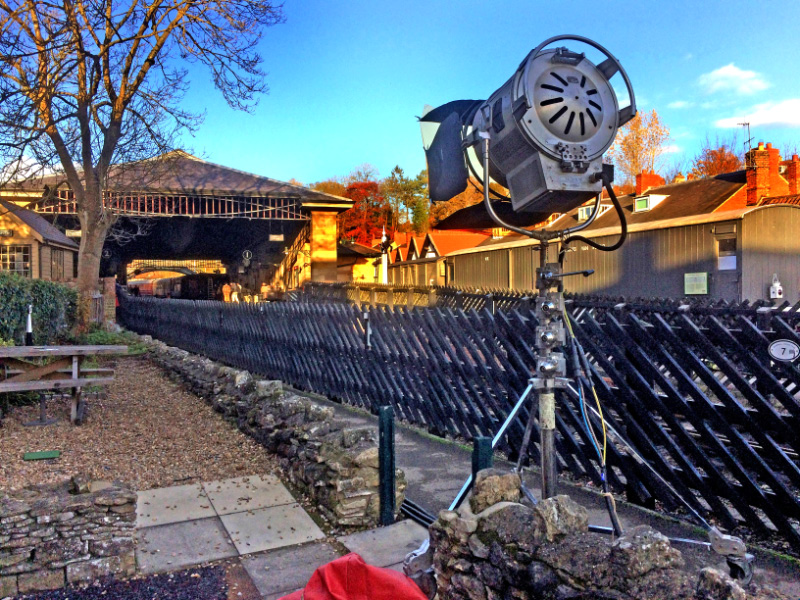 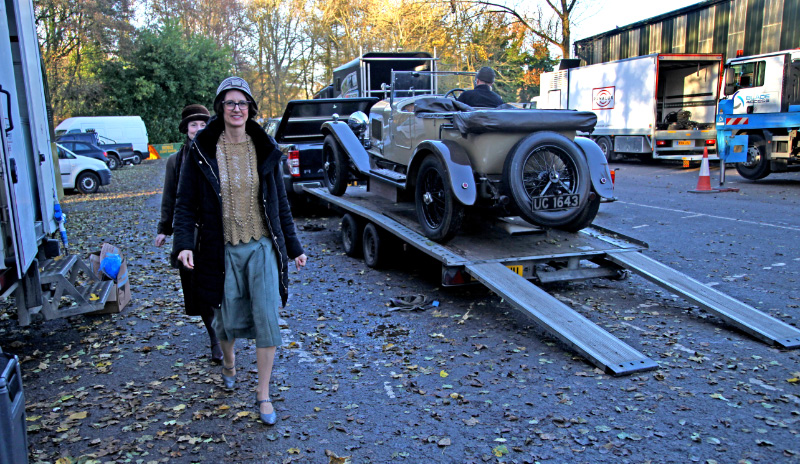 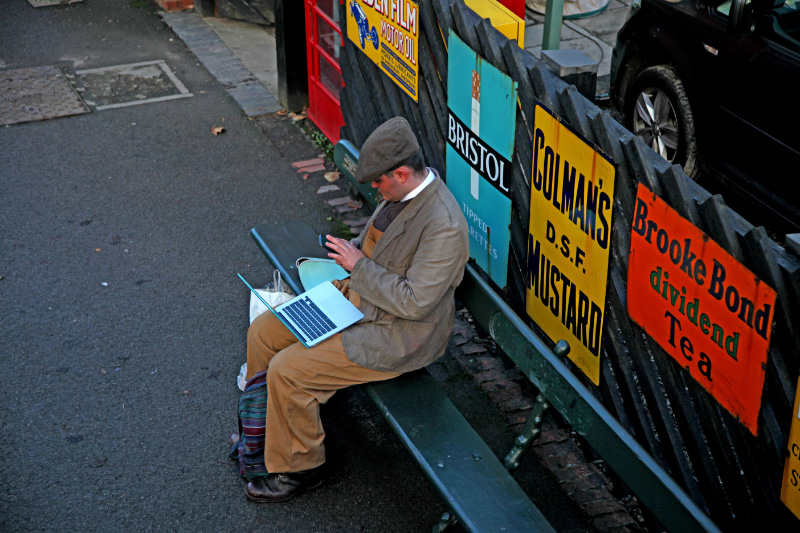 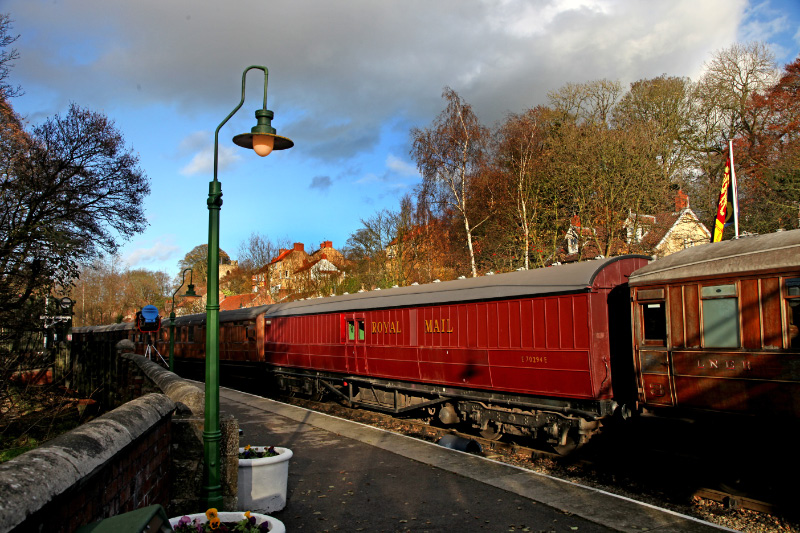 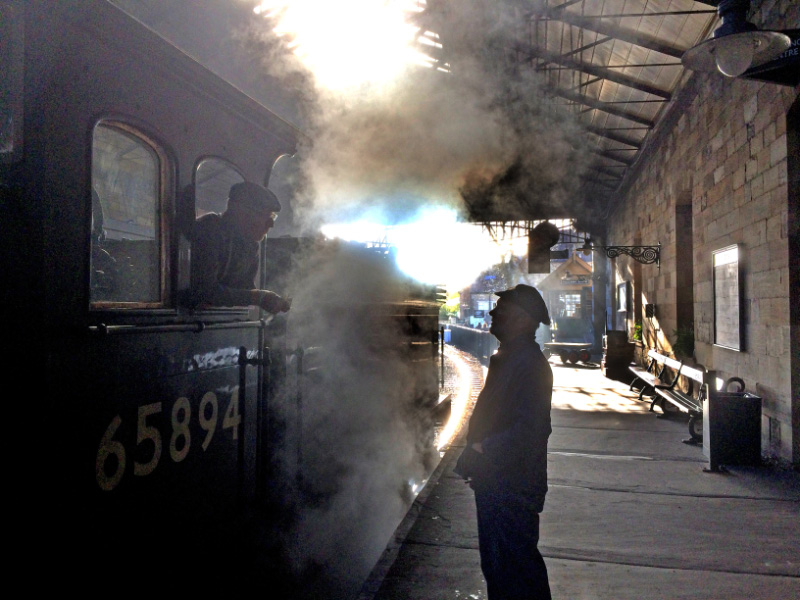 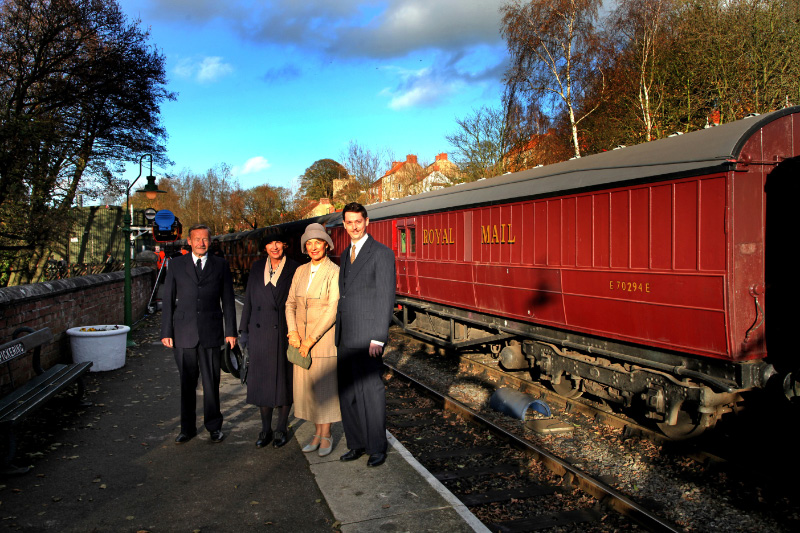 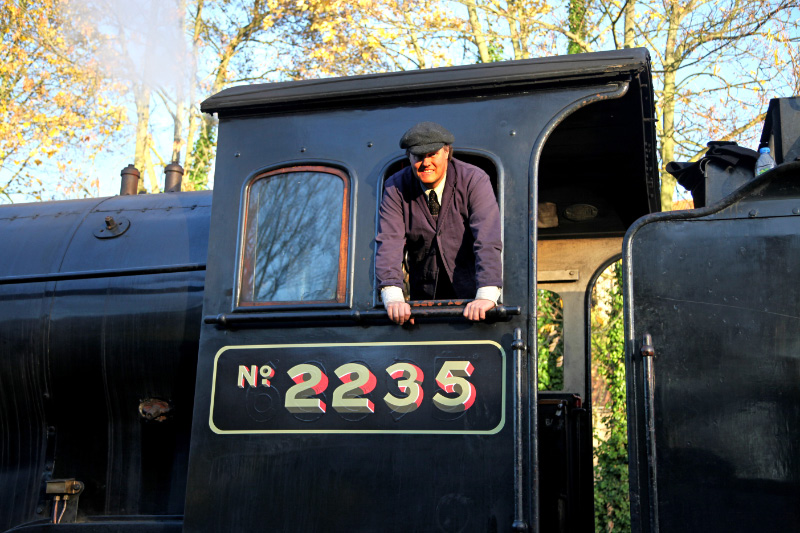 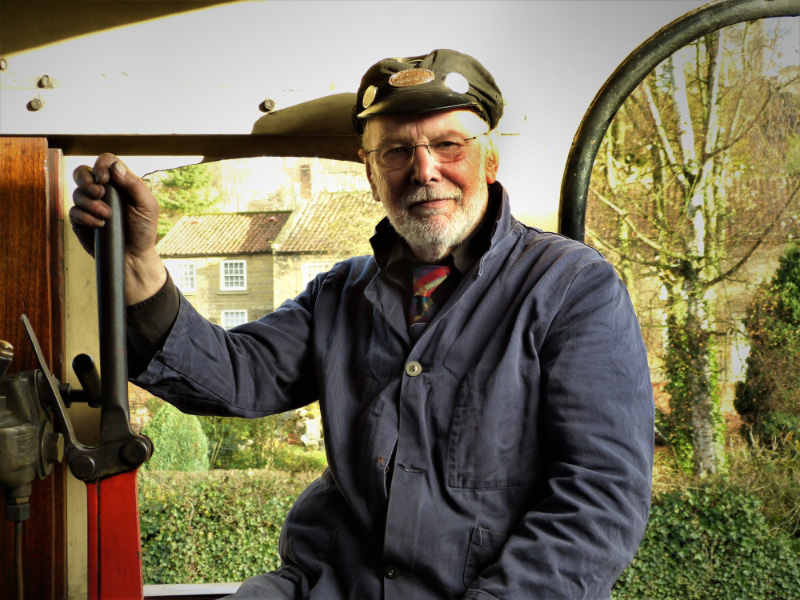 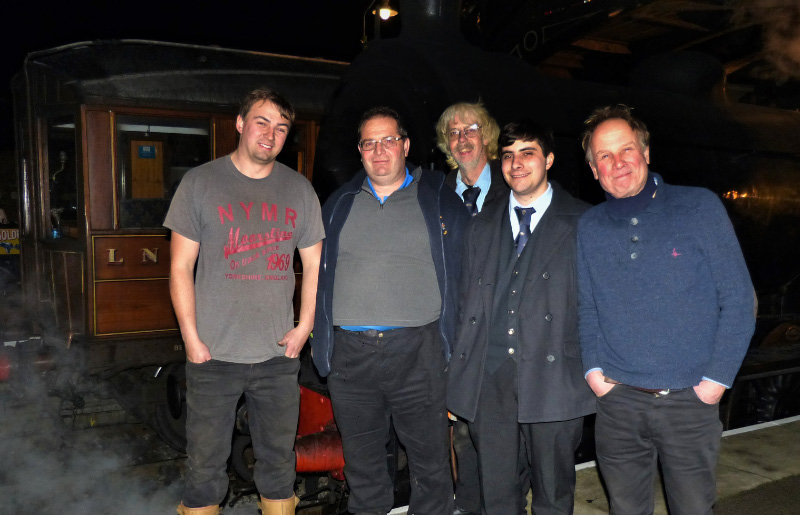 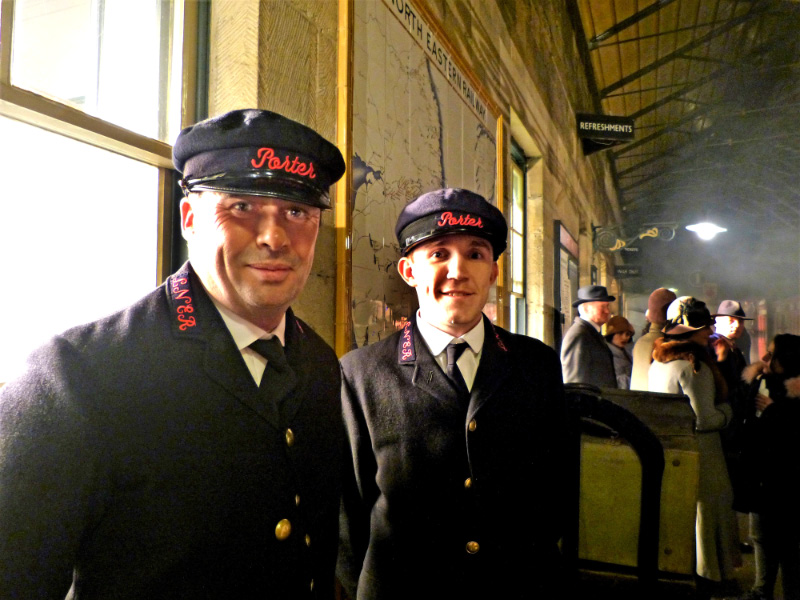 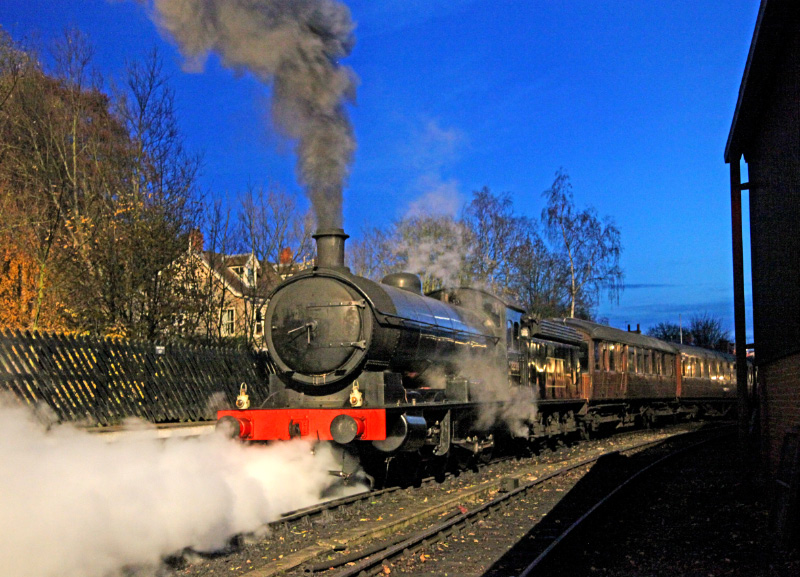 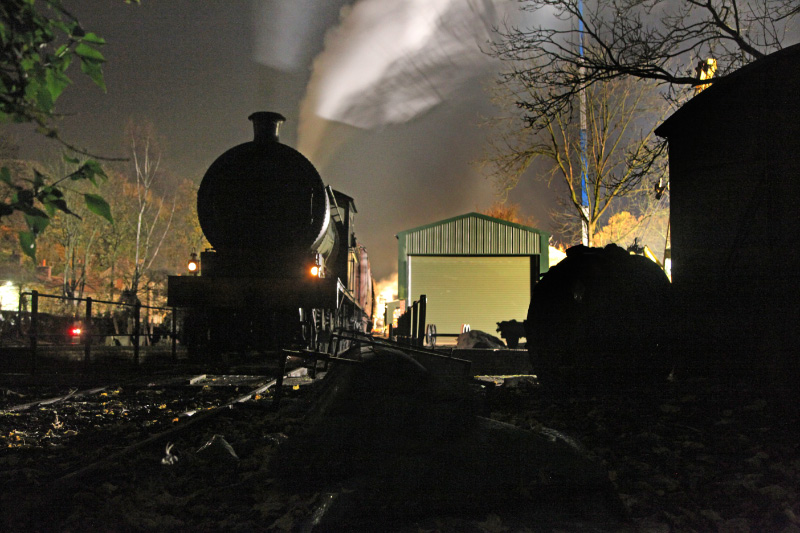 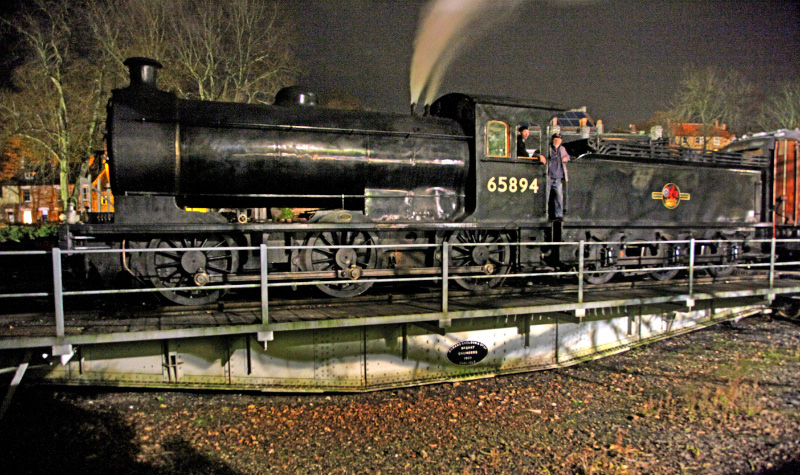 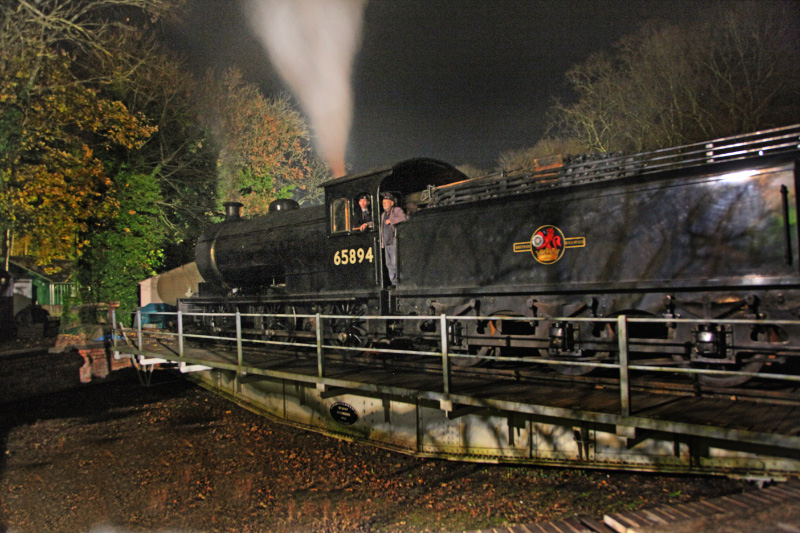 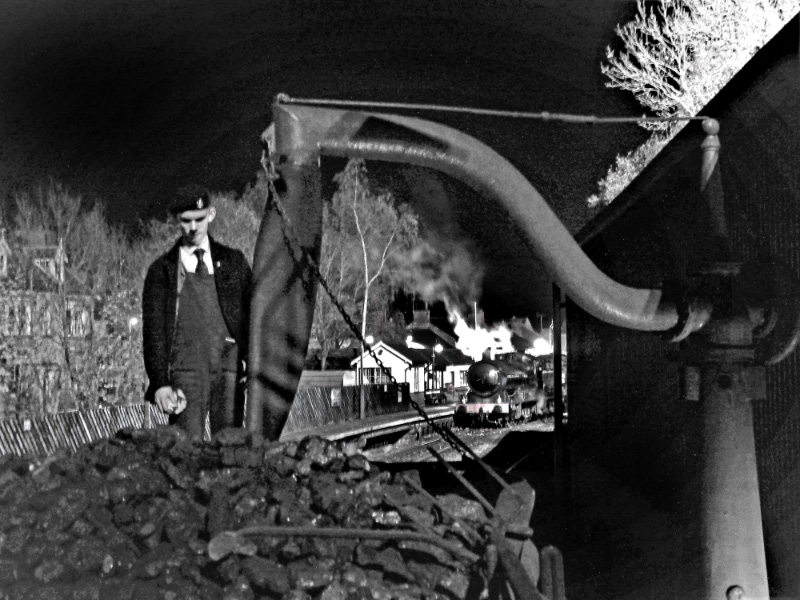 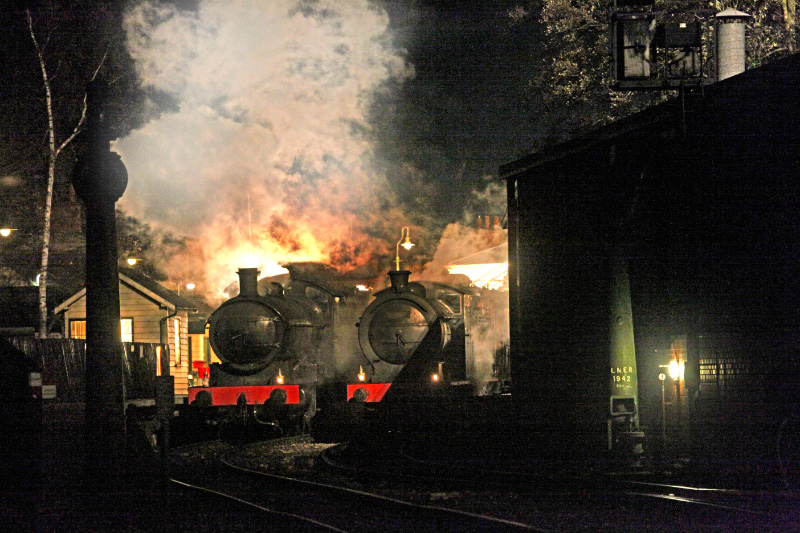 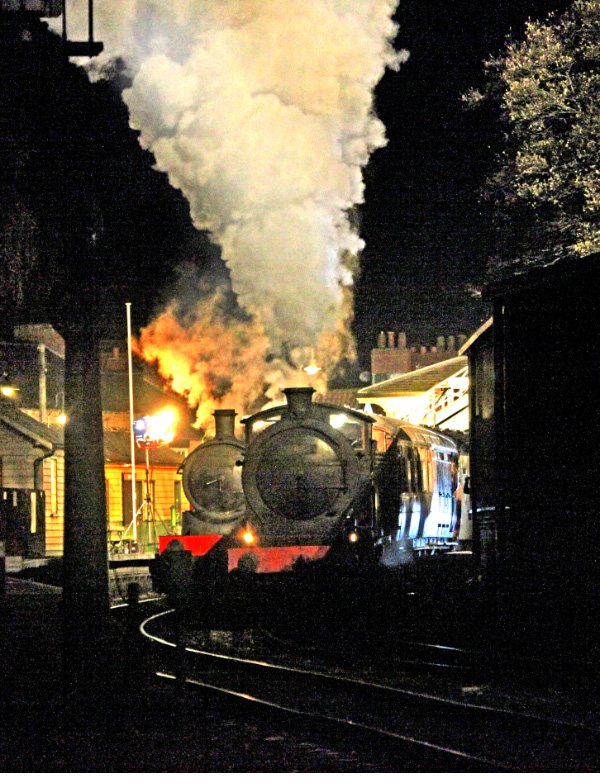 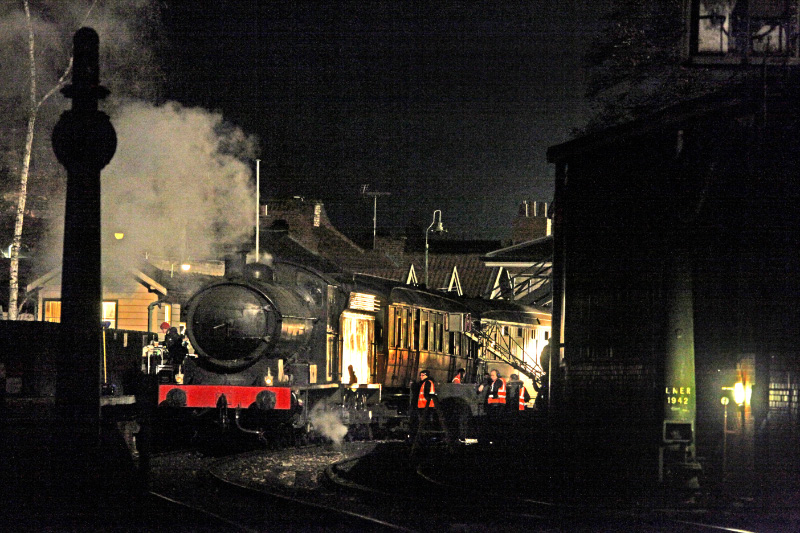 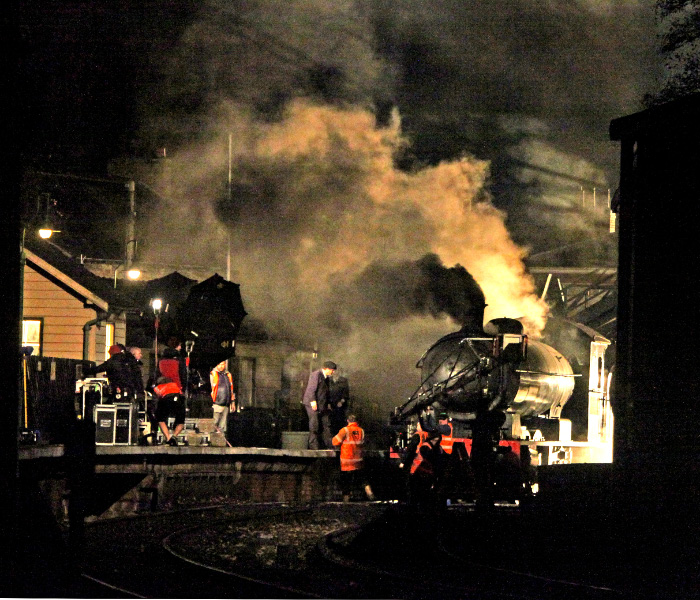 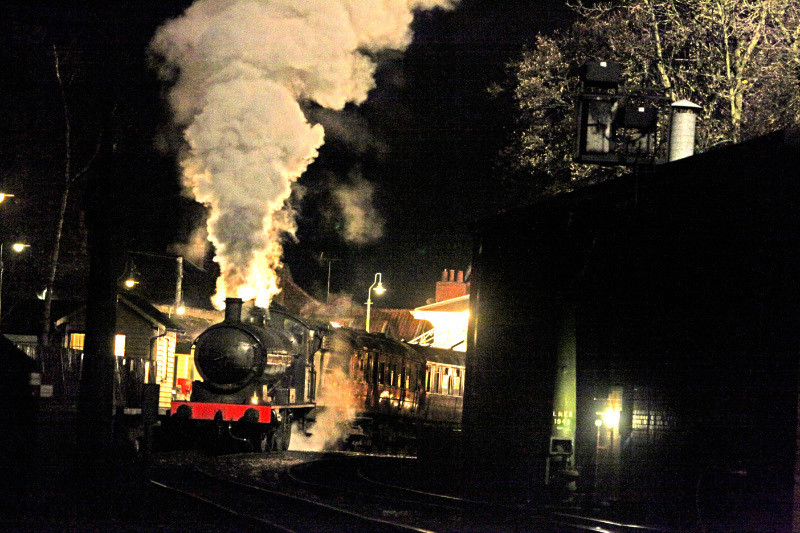