Eleven of us in today. The frost had abated, but only 4 degrees inside the building. The fire was lit to take the chill off the place.

Ian Schofield came in to test the remaining part of the fixed wiring. We needed to work around his need to switch off circuits for testing. He’d finished testing by the end of the day and will submit a report to Bryan.

Colin Smith and Allan Wilson finished the red gloss coat on the locomotive frames. We will apply a second coat as the red pigment is rather weak. Derek Shorton got a coat of red gloss on one side of the eccentric rods. I got a coat of black gloss on the front running board. 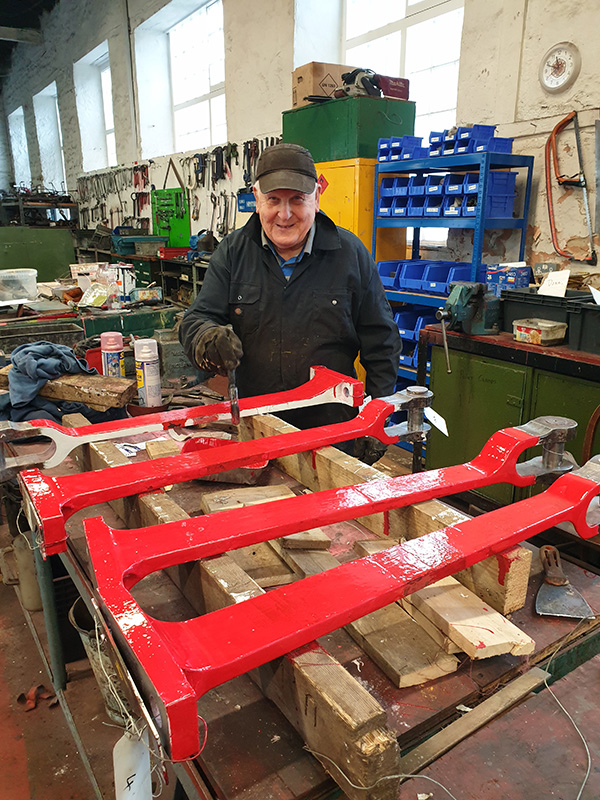 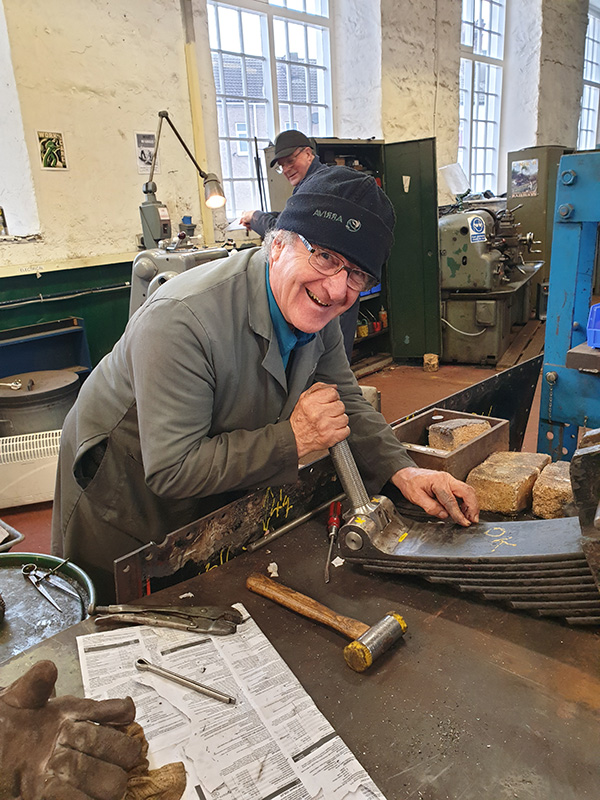 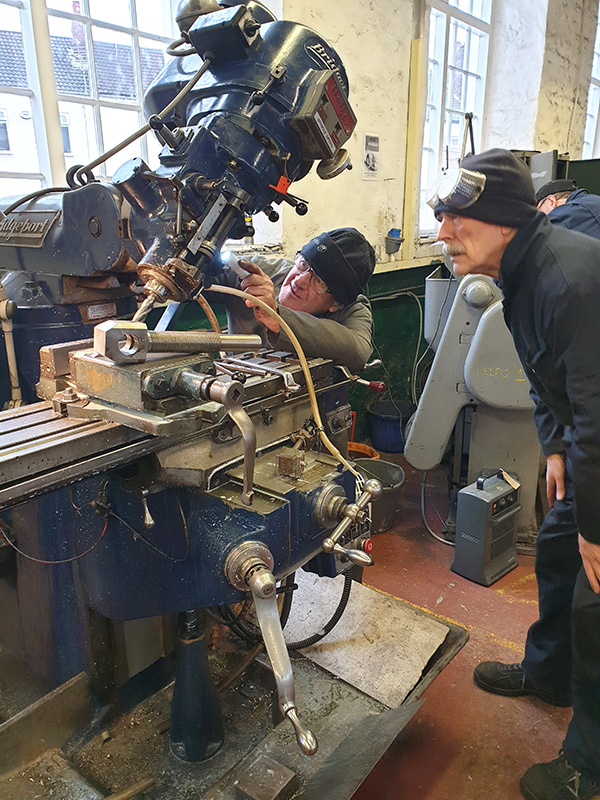 At lunch time myself and Arthur gave a briefing about the Darlington Railway Heritage Quarter and the discussions on Tuesday regarding the NELPG reaction to the tentative plan. As we were finishing, Richard Pearson joined us with his fish and chips.

Colin Bowman, Derek Shorton and Hugh Pannel painted the north side walkway covering the new screed which had been laid over the worst bits. The south walkway will be painted on Monday evening. The building is already looking smarter. 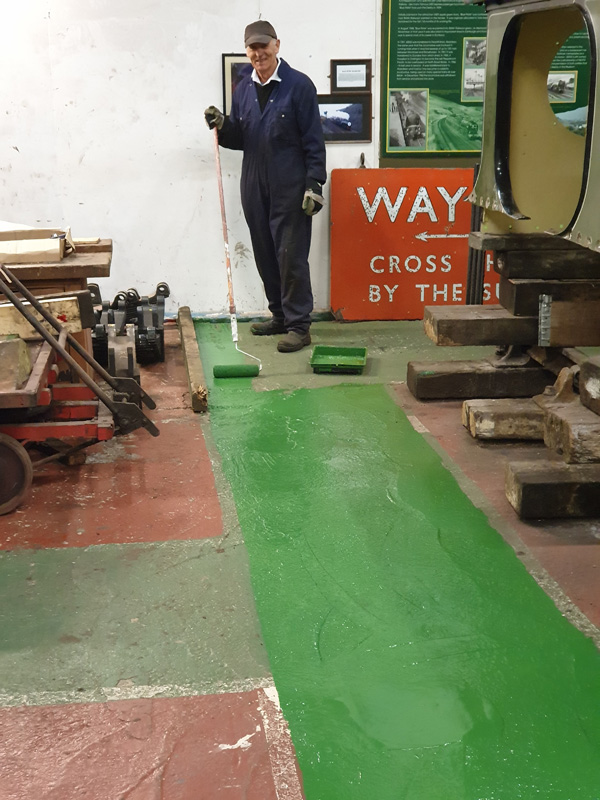 On locking up we found that our afternoon tea boy had fallen down on his job and had left the dirty mugs on the tea tray in the mess room. Colin’s hands were cleanest so he washed up – thanks Colin.