On Wednesday 8th May, the K1 and support coach were prepared for a fitness to run examination prior to departure from the North Yorkshire Moors Railway to Tom-na-Faire depot at Fort William. 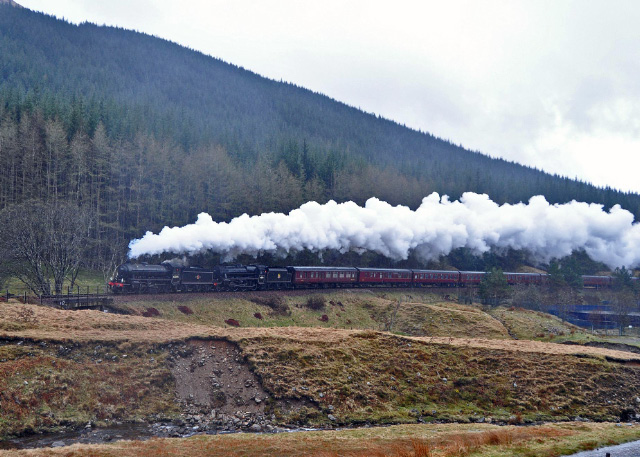 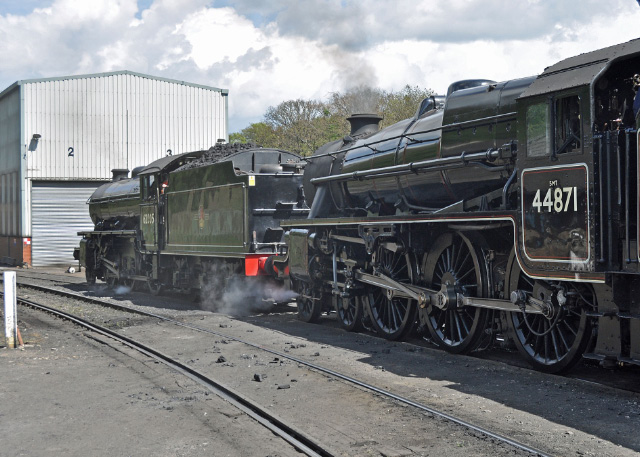 With everything in order, on Wednesday the train of K1 62005, black 5 44871, 2 support coaches and a class 37 were marshaled into the handover siding at Grosmont for a tender first run to Battersby. There the class 37 ran around and the tripple headed train continued for an overnight stop next to the power box south of Carlisle station. 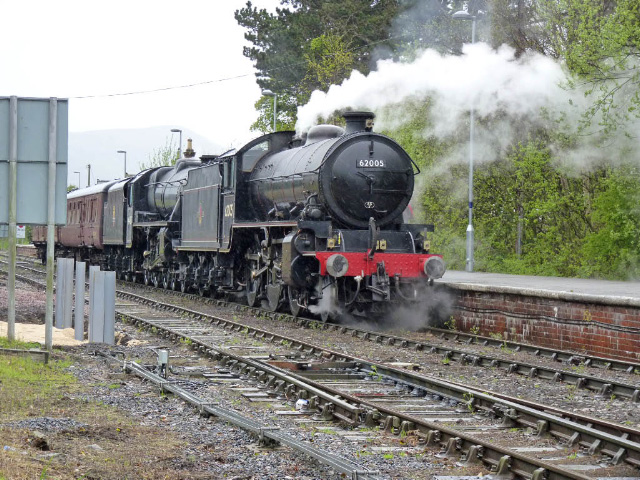 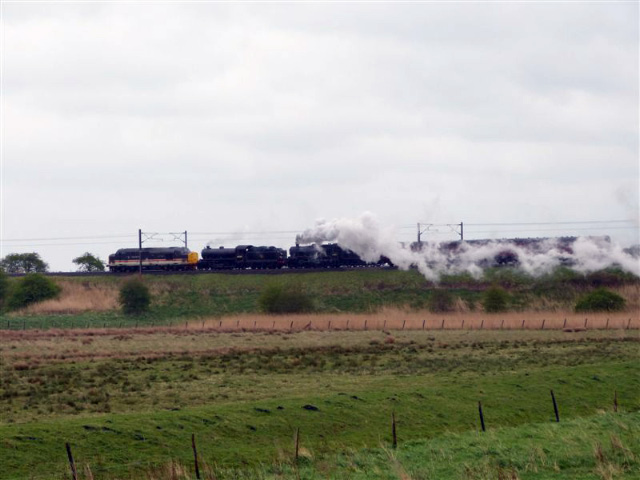 The Jacobite stock arrived early on a bright crisp Friday morning - that wasn't to last. The K1 and black 5 were coupled to the front of the train with the class 37 on the rear and at about 08:00 the train started its journey north. 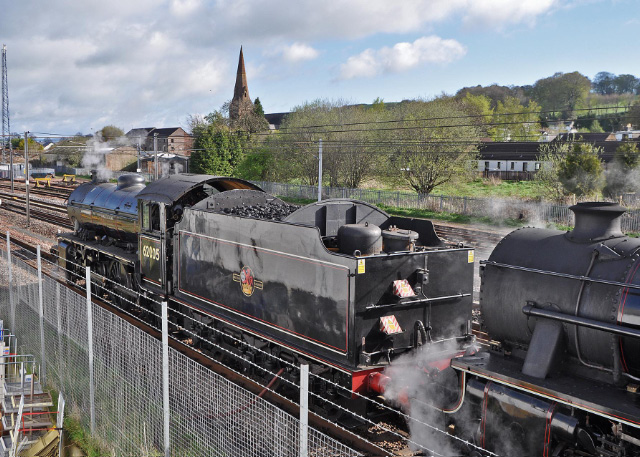 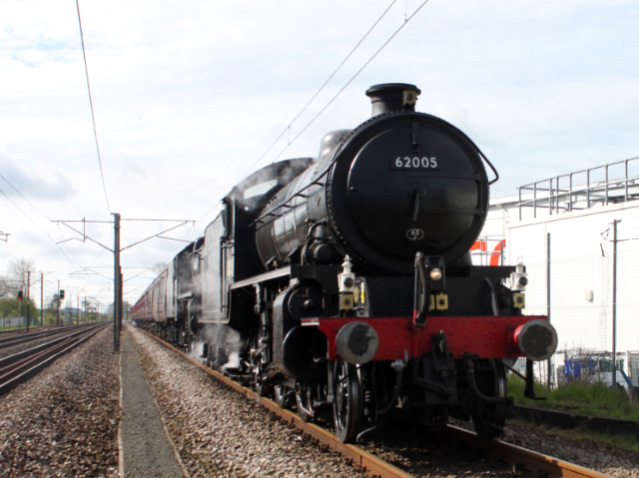 As we passed over Beatock summit the sky had clouded over and there was a chill in the air. At Springburn we were joined by a new crew of familiar faces and made our way through Glasgow and along the banks of the Clyde with swans on the surface and oyster catchers skimming the increasingly choppy surface. By the time that we had reached the Craigendoran watering point the rain had set in and the K1's fire clinkered over. At least the fire was fixed by the time we departed, but the rain and low cloud got worse. 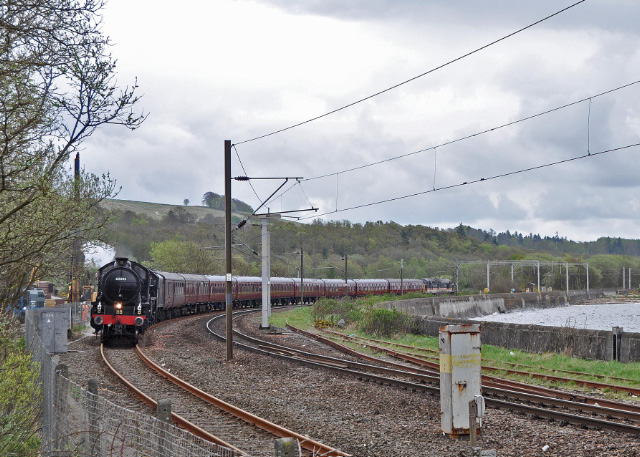 There were waits at most of the passing points, providing interest to the hardy early season tourists. 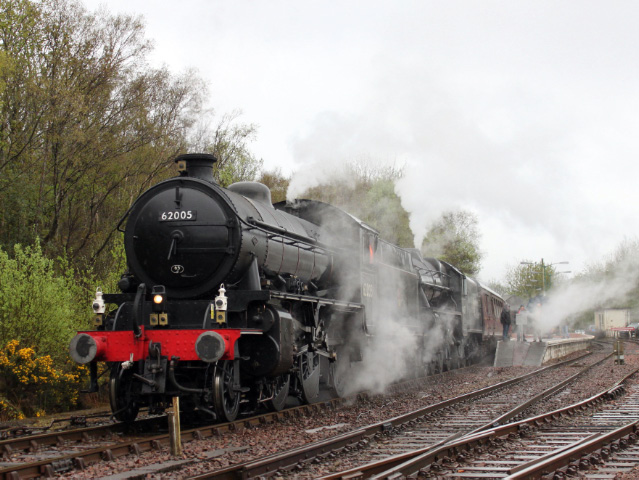 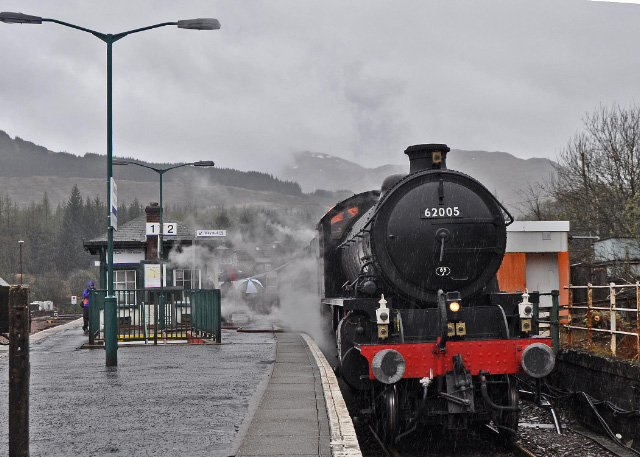 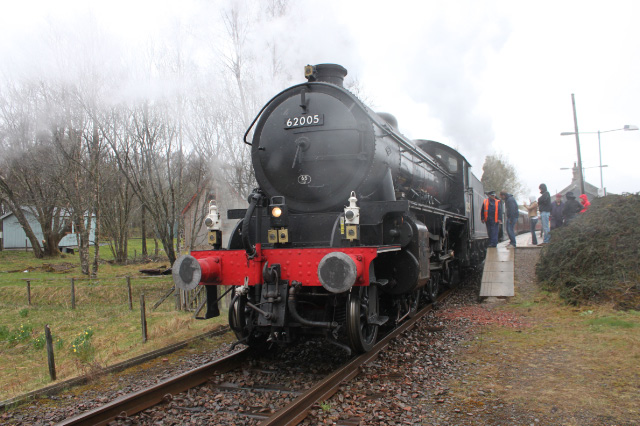 The train arrived at the Fort William junction on time and the component parts were quickly stabled at their appropriate locations around the depot and the locos disposed. 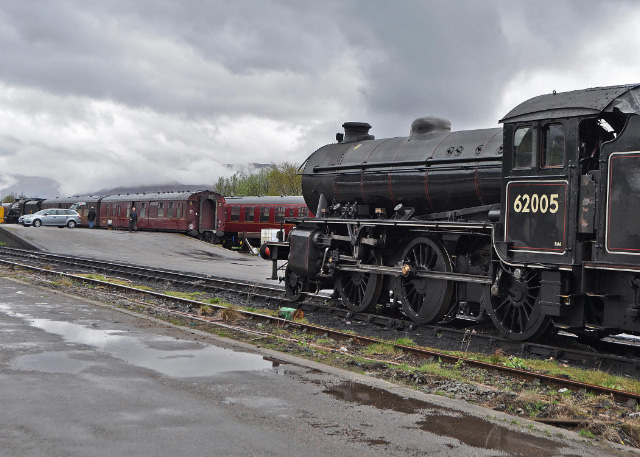 So, the 2013 Jacobite season commences.