Sorry, reports haven’t been flowing as frequently as the ought over the last 3 weeks. 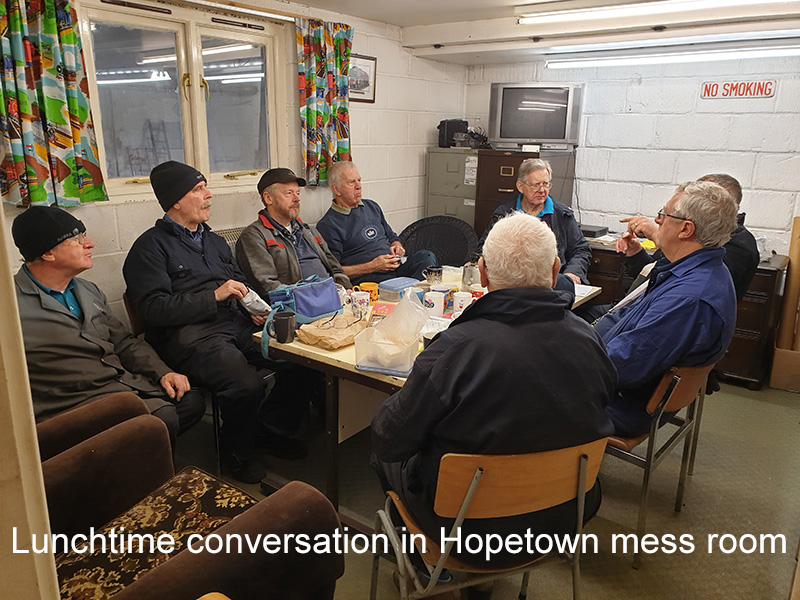 On the 28th we had a visit by the chairman who spent lunch time answering questions about the Darlington Railway Heritage Quarter. The main clarification concerned likely time scales.

The T2 steam brake isolator valve was brought to "see what could be done". Andy Bell managed to free it with a little heat.

In the afternoon we had a visit from the secretary, but being between the frames applying the second red gloss, I didn’t see him. Colin Smith and Allan Wilson had earlier tackled the fiddly bits between the frames.

Last Monday evening the “loco committee” met in the mess room and hammered out some proposals as to how we might move forward with the J72 project.

Last week I needed emergency treatment at the dentists. Though I called in afterwards I could only grunt. I was told that Bob Grey had called in with a large bag of rags, Richard Barber had spent the morning at Hopetown and Richard Pearson had called during the day too.

Paul Swainston and Steve Hyman spent much of Monday evening with the “gargleblaster” vernier measuring across the frames.

Norman Wells has done a great job of sorting the spanners. We now need some form of containment which can keep them in order. Arthur has also raised the matter of containment of machining and measurement tools. We need to consider options and do something before things become disorganised again.

One of the wood bunkers has now been removed and a start made to prepare a spot on the floor where space has been released for preparing and painting the cladding sheets. As the painting between the frames is almost complete, the connecting rods have been moved too to the firebox area between the frames for painting. The eccentric rods will be stored in the same location once the paint on them is dry.

Andy Bell has made a start measuring the wheel journals and crank pins.

Tim Williamson and James Piercy have loosened all of the cylinder block nuts in preparation for lifting. They have removed the frame fittings obscuring the lower bolts and are preparing to remove part of the running board which obstructs the upper bolts. 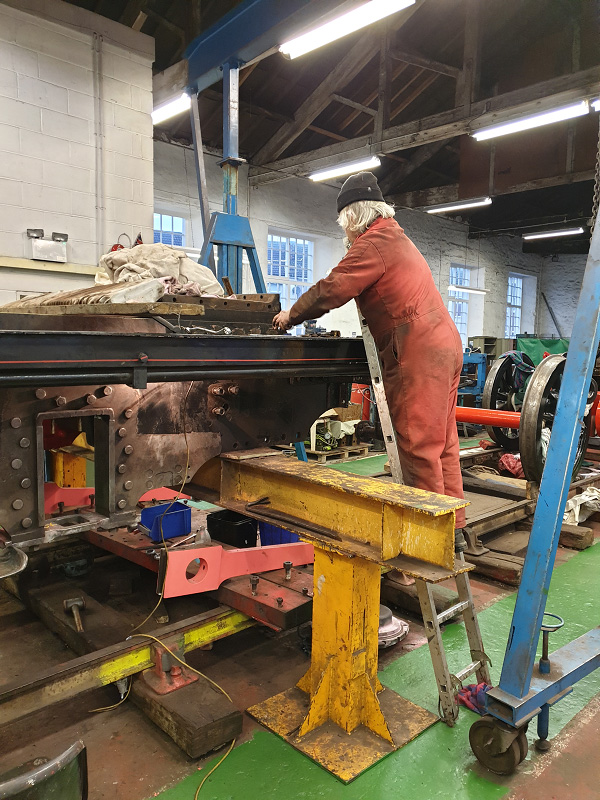 Ed Bolam, Derek Shorton and Dave Wright managed to remove the long steam heating pipe from the LHS. When the insulation was removed, the underlying paint was still in a remarkably good state. This pipe mow requires hammer testing. Ed managed to run a die nut down the clip bolts and to get a bit of black primer onto the clips after cleaning. We will need to remove the vacuum pipe on the other side to allow Tim and James to remove the sections of the running board. 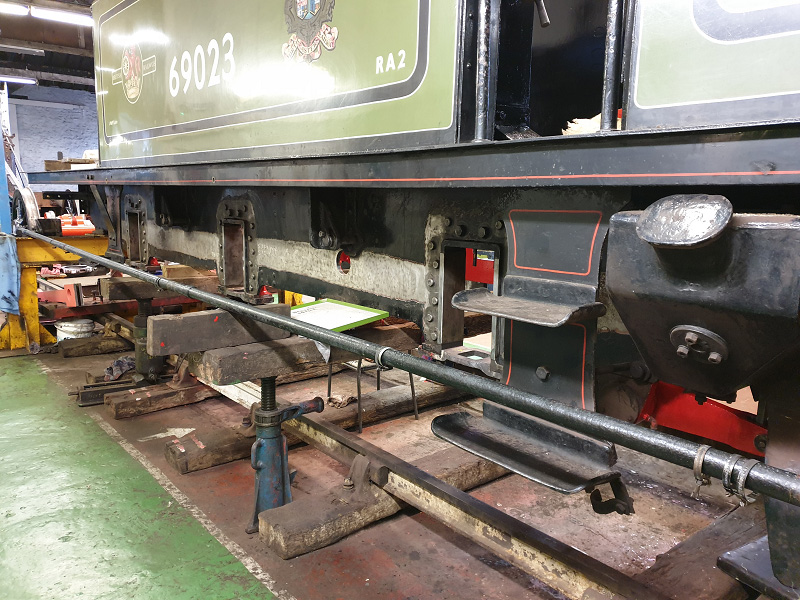 Andy Bell managed to measure the journals and crank pins on the trailing wheelset; he’ll measure the other sets next week.

Arthur Jenkins, John Jones and Maurice Bell continued with the machinists magnum opus. Bill Dobson visited late morning bringing the T2 (Q6) drain cocks and other brass bits in need of skimming in the lathe. The machinists will service those over the next few weeks. Bill left to visit the Q7 in the museum to see if it has atomisers. 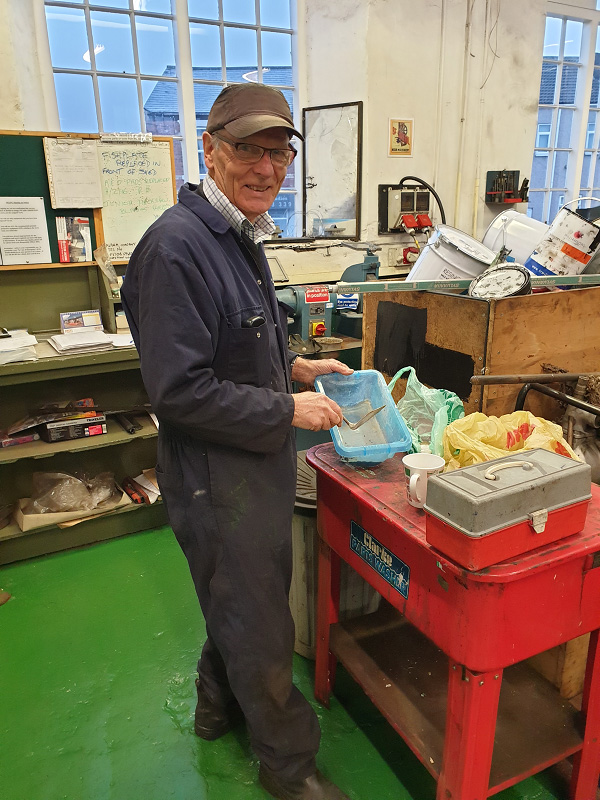