Ian Pearson reports a mild windy day at Grosmont with Chris Henwood, Richard De Sadeleer and Chris Wakefield working on the J27, while Nigel Crisp and Ian were on the T2. Nigel had already lit the stove as he was there early, and, when everyone else arrived, the kettle was put on and a brew made. After the cuppa, Chris H, Richard and Chris W went off to work on the J27. Nigel continued work on the T2 R/H cylinder, while Ian started to remove the bar holding the locomotive way shaft. Bill called in for a short spell, mainly to tell Nigel about the washout plan this coming week - both the J27 and T2 are to be washed out. Bill helped Ian remove the bar which was taking the weight of the way shaft. Ian then replaced the bearing and housing caps and screwed them down, along with the fitted bolts on the left-hand side housing into the frame. Next job was to remove both cross heads which was done with help from Chris H and Nigel . Lunch was had around the stove.

After lunch Ian, removed ten mud hole doors from the T2 boiler. These are in the work shop for cleaning. Chris H removed one smoke box plug, but these are very tight and Ian reckons it is a young man's job, so he is leaving the rest for the wash out crew. Nigel completed boring the R/H side cylinder during the afternoon. He was coming in today to set up some equipment on the L/H side which will not interfere with the movement of the locomotive to the MPD for washout. While Ian was under the loco he found that the R/H driving axle box flexible oil pipe was split. This will need replacing.

On the J27, it was very much a prep day. The L/H rods were lifted back on after a new felt was fitted to the trailing bush. The already loosened R/H cylinder cover was then removed. The L/H cover however, will take a good bit of persuasion, similar to the effort Ian M and Frank put in to get the right hand one ready to lower last Wednesday. So this one has been left until next week when bigger working parties are present. Chris H then removed the whistle, freed up the bosses of the safety valves and the whistle itself to be cleaned, and Richard and Chris W removed most of the valves in the cab. Some have been lapped in, others needed some turning. They have been returned to the backhead, ready for more attention next week when any remaining valves will be lapped in. The thread on the blower spindle has some fairly significant 'chipping', which will need to be addressed. Chris H has contacted Neal Woods for advice on how to deal with this. All side rod caps have now been fitted and taper pinned, and the doors and plugs stowed in the lockers. The loco is now ready to be shunted for its washout. 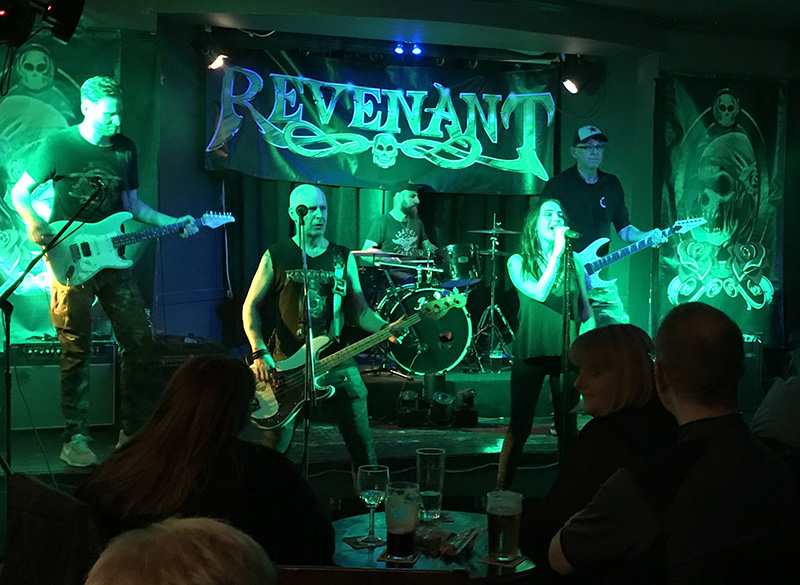 The next working party will be on Wednesday 5 February 2020, when, jet lag permitting, I hope to attend myself.