15 of us in on 9th, including a visit by Martin Lloyd and his kiwi grandson. 11 in on 16th, but lacking Arthur Jenkins who had damaged his knee in a fall from a kerb, 12 on 23rd with Arthur back, and 15 on 30th. Much tea consumed, much warming by the fire. 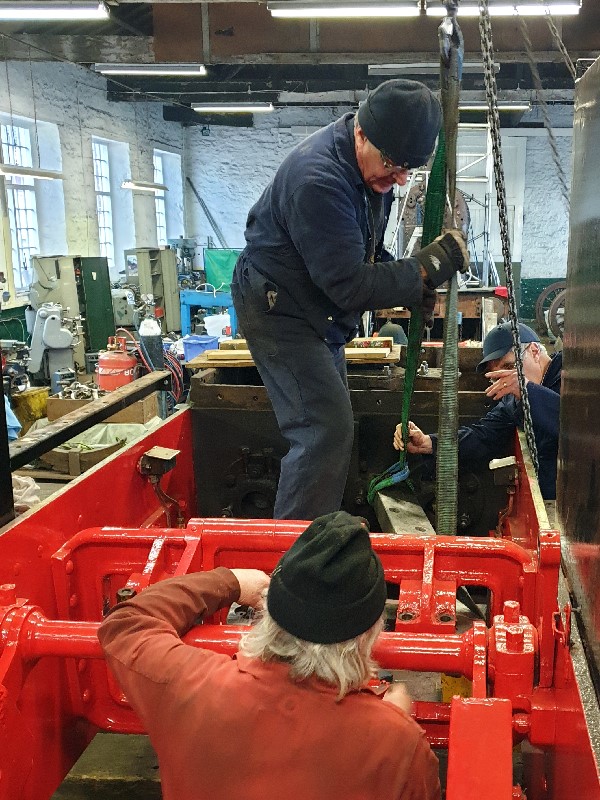 All except the outer upper fitted bolts holding the cylinder block were removed by heating and hammering. However the lower bolts could not be hammered because of the obstruction of the lifting beam under the cylinder block. These bolts were drilled, tapped and drawn out using a tool made by Maurice Bell. 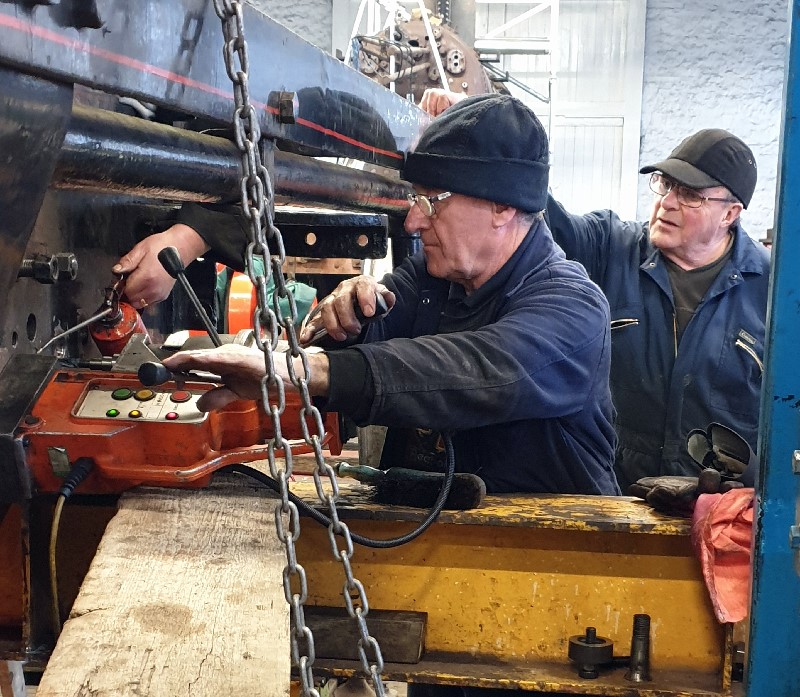 With the RHS bolt extraction almost complete, attention will turn to the LHS on Thursday.

Ed Bolam and Colin Smith have almost completed the preparation and priming of the cladding sheets.

The stream heat pipe has been tested, painted, and lagged.

The invitation to tender documents have now been sent to the prospective contractors. Ian Storey conducted a site visit by one contractor on the 30th. He also showed a prospective machining contractor the cylinder block.

A start has been made cutting back the brambles in the hope that we can stay on top of this problem and be able to shunt out the boiler without that obstruction in the spring.

The machinists have been kept busy cutting taper pin holes in the spring hanger pins and servicing the Q6 drain cocks. Six new castings for these have been made by William Lane. They have been taken to M-Machine who will machine them to replace the 3 which are beyond scrapping size. The remaining three blanks will be retained for future use, possibly for other locos.