Arthur opened up today whilst I had a quick trip to Williamson’s in Ripon to pick up some more paint. I arrived back in time for 10:00 tea. Across the road the work on the Central Borough pub opposite seems to be well underway. 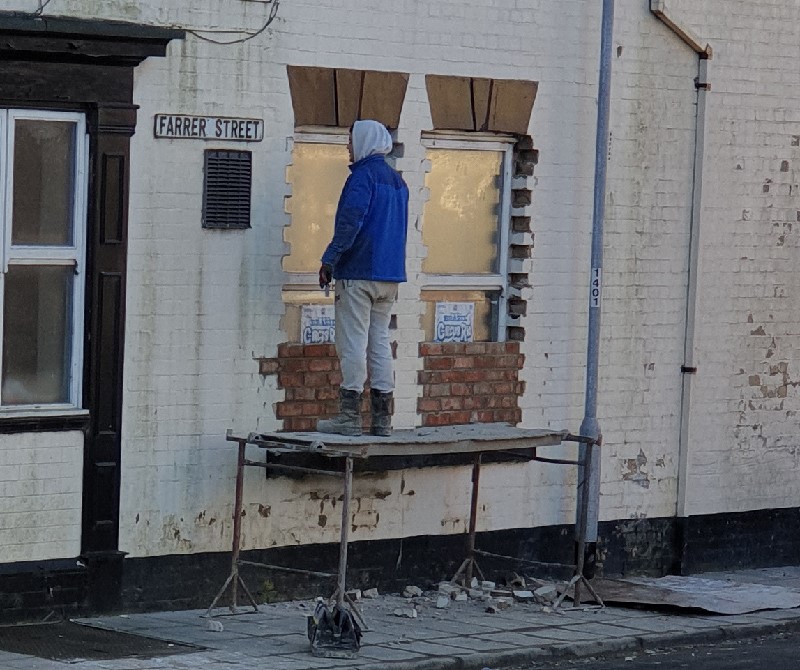 Colin Smith had just about finished preparing the last of the barrel cladding sheets and was almost ready for the paint.

Arthur Jenkins, Tim Williamson, Norman Wells, Ed Bolam, and John Jones continued to work on preparing the cylinder block for removal. All bolts have been removed or loosened on the RHS, the LHS is almost complete too. The rear covers have been removed, as have most of the studs. Tim needed to cut both outer running board angle irons. The angle grinder let him down with what appears be a stripped gearbox – good job we have a second one, but ought to buy a replacement. Tim remarked on the quality of the recently acquired cutting discs.

ndy Bell continued with the journal measurements. Maurice Bell was busy in the machinists corner.

After lunch Colin Bowman arrived, and after the banter concerning quarantine aboard his cruise ship, exchanged the 2 arm chairs in the mess room for some dining chairs which Derek Shorton had brought in. If you’d like one or both of the arm chairs then let it be known.

Derek, Allan Wilson, Dave Wright and myself had another session cutting back the brambles and ash trees. Some of the trees were thick enough to be worth cutting up for firewood. Unfortunately, things were brought to a premature halt when a crack was discovered in the loppers. 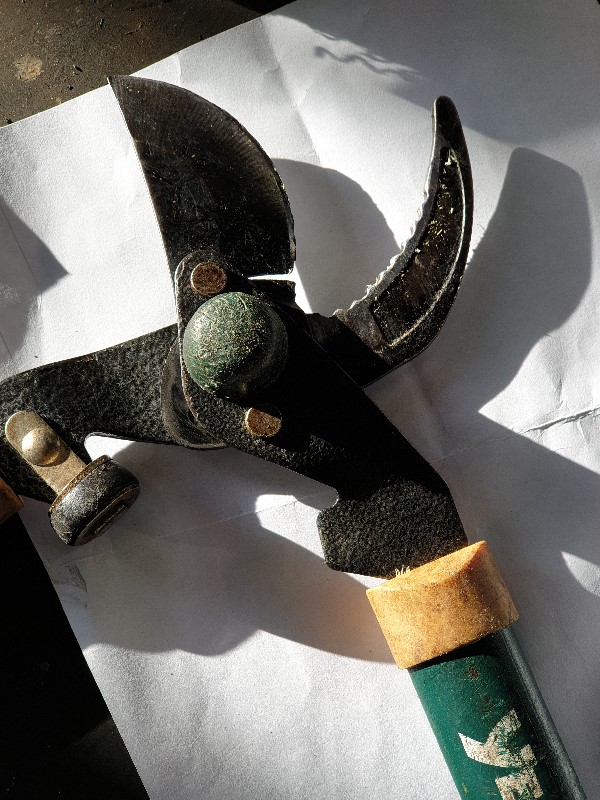 We have a boiler contractor’s visit tomorrow morning. Next regular working party on Monday evening.