Fifteen of us braved the sleet this morning.

After lighting the fire, putting the world to rights, a cup of tea and a lifting briefing and then to work.

A gang led by Tim Williamson positioned blocks, jacks, the lifting frame and the engine hoist in order to lift the loco by an inch or so to extract the lifting beam. This eventually led to the chocks being knocked out of two sleepers in order to reposition then to give the engine hoist a clear path to roll out with the left hand end of the lifting beam. With everything in position the front of the loco was raised an inch, the final packing placed under the frames, the loco lowered onto the packing, and the beam extracted. The yellow stands were then repositioned at the front of the frames as supplementary support. 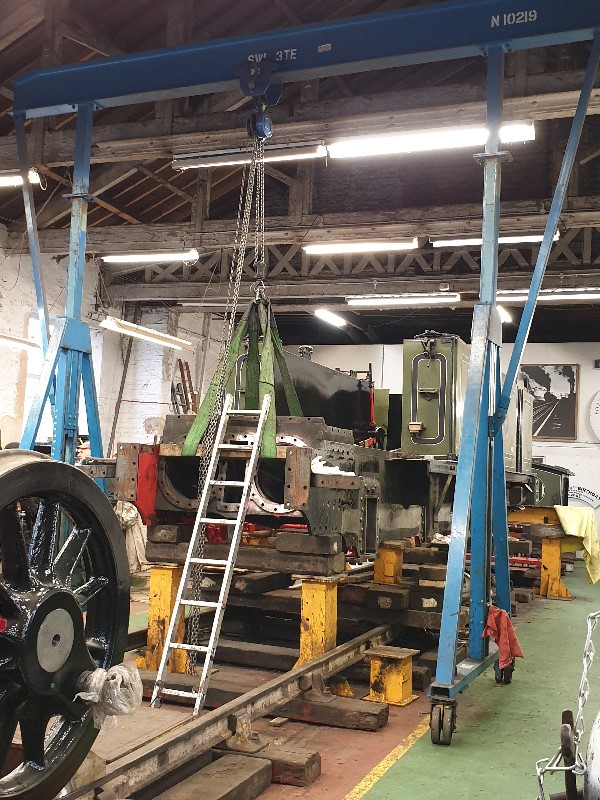 Time for lunch making use of Derek Shorton’s dining chairs to accommodate everybody.

After lunch all of the bolts joining the two halves of the cylinder block were loosened, then nipped up to make the eventual splitting of the block easier. The block is now ready for extraction when a couple of rail trolleys become available.

Elsewhere Colin Smithy rubbed down the filler paint on the front LHS cladding sheet, Dave Wright and Derek Shorton cut up firewood. Harry Sams managed to weld the crack in the loppers. Colin Bowman spent the afternoon gardening with his loppers and dyke slasher. Maurice Bell managed to turn one of the old lathe gear wheels into a handle for controlling the vertical movement of the head of the milling machine, much to the delight of Arthur Jenkins. The previous handle had been missing since we acquired the machine. 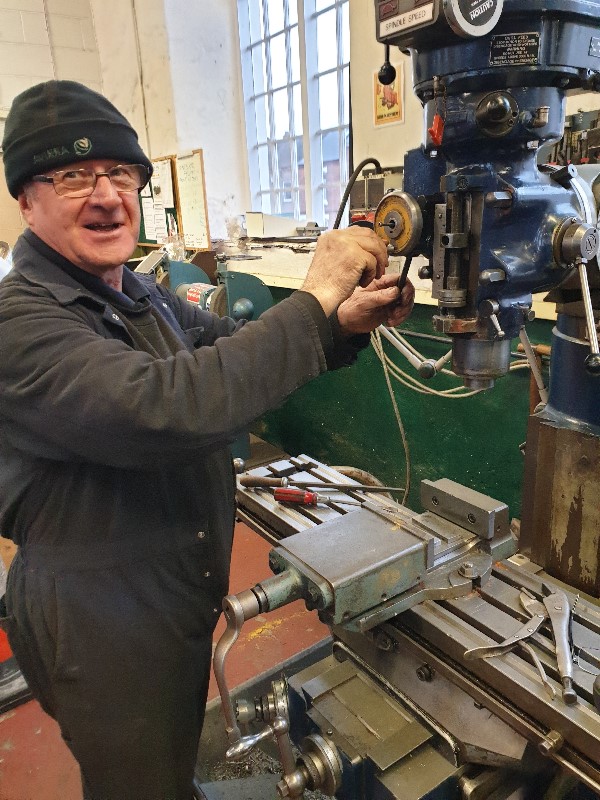