Tuesday was a slightly overcast, fine and cooler day for working in Deviation shed compared to last week, with Bill Dobson, Nigel Bill, Jon Bradley and Ian Pearson. First job was to remove the two large boxes of equipment used to bore the Q6 cylinders from the entrance of Deviation Shed down to the MPD, and which Barney moved with the front loader. Then items in the area just inside the workshop were all removed to make space for the water supply and sink unit, due to be installed later in the week. Gordon Wells called in and moved an electrical unit that was stored in that area to the electricity substation. Then Bill and Jon set about sorting out and moving items from the buffer stops. Lots have now been stored near the side roller door, including old buffers, various castings and coach brake blocks, and the J21 chimney, with the intention of sending them to Hopetown. They also spent a lot of time refitting the bench back to the other side of the buffer stop. The buffers are to be moved forward about 5 feet shortly so that work can be done safely on an outside bench. 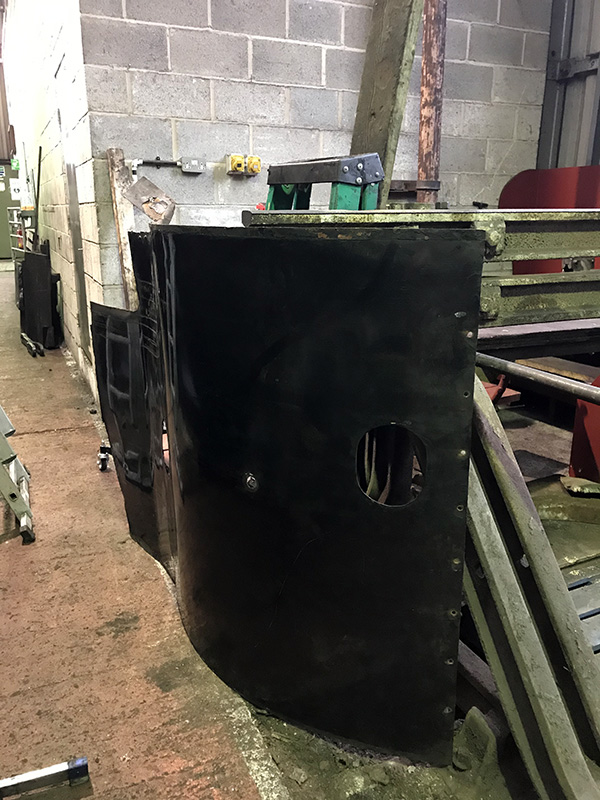 Nigel and Ian carried on working on the Q6 boiler removing the boiler bands. All 6 bands have now been removed - not an easy job as some of the threaded bolts were covered in paint or rust and double nuts. Nor were they easy to get at, and two bolts had to be cut through with the angle grinder - but that's steam engines for you! 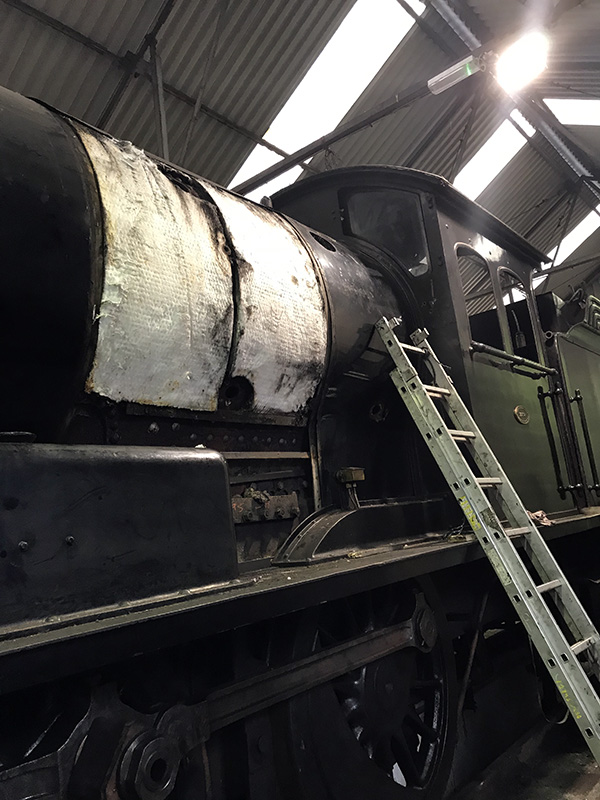 After lunch at the picnic bench, Nigel and Ian started to remove the left side hand rail. This proved to be very stubborn. It is joined in two sections, but they would not part and, after many attempts to split the two sections, defeat was accepted. The cab hand rail securing the barrel was then removed and eventually the full length of the hand rail was moved about 6 feet forwards. Then the J27 tender was found to be in the way, stopping the hand rail from being fully withdrawn, so was left for the next day. Jon started to remove the wooden driver's seat as the nuts are underneath that fasten the top of the cab to the bottom, but a lot more timber in this area is going to have to be removed to get at all the nuts. Andy Wiffin called in just after 4 pm to check with Bill where to fit the new pipe in the workshop on Thursday. Gordon is going to fit trace heating to the pipe so it won't freeze in winter. 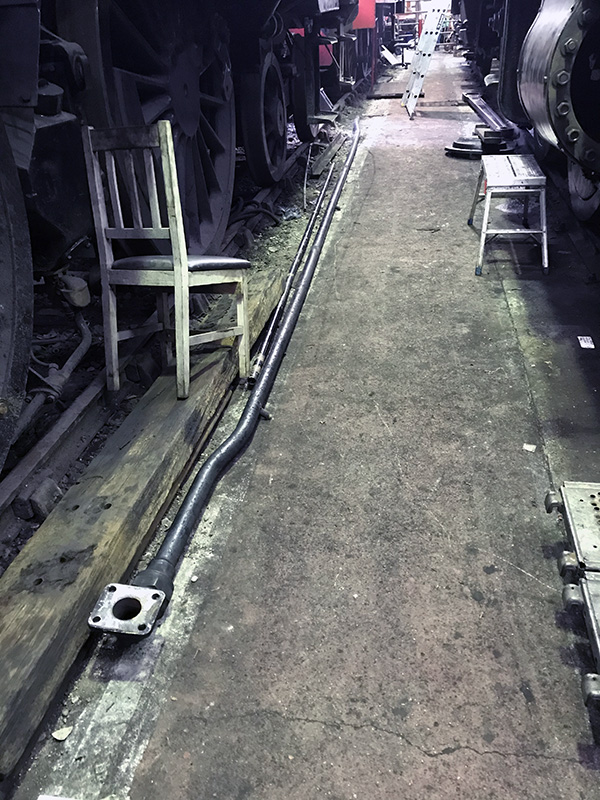 On Wednesday, the working party was Steve Hyman, Ed Bolam, Richard De Sadeleer and Ian Pearson. They hadn’t been there long when North East Security Doors came to service the Shed's roller shutter doors. While they got on with that, the team got on with removing the left side hand rail. It was finally removed in one piece, and without the need to move the J27 - bonus! The small bolts holding No.5 cladding sheet, which is on the left side, were then removed and, with a rope attached, it was gently removed and lowered to the floor (see photos). Next, the right hand front section of hand rail was removed. 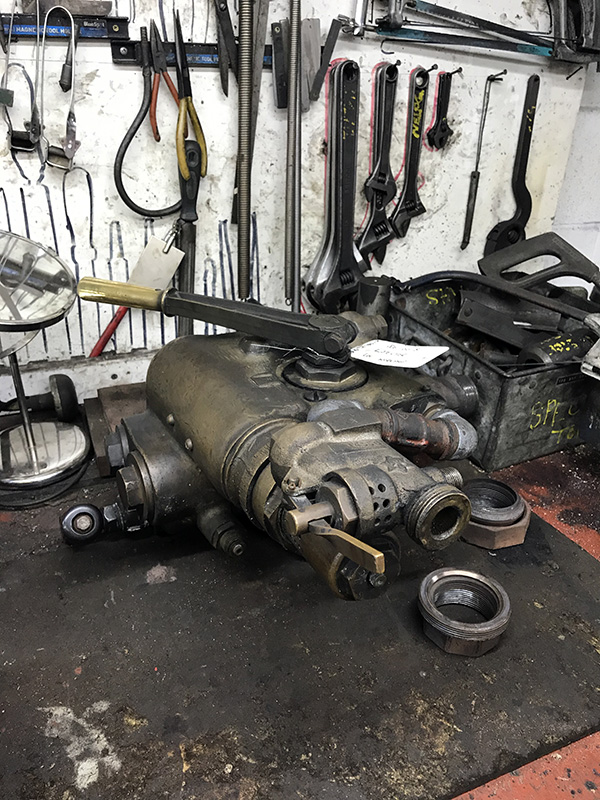 After lunch, again at the picnic bench, Steve and Richard concentrated on removing the steam reversing operating handle, brake ejector, and, eventually, the ejector exhaust pipe (see photos), while Ed and Ian were removing the small cladding bolts. Some come out quite easily but others won’t move, so more work to be done.

On Thursday, after helping with a few odd jobs on the J27, Ian then made a start dismantling the Q6 steam reversing housing, which was uncoupled from its holding brackets and put in store in No 8 bay upstairs in the workshop. Then the rear section of the right side hand rail, which covers the steam reverser operating shaft, was removed and stored at the side of 6 Road. The operating shaft itself was then removed with help from Robson, and stored again at the side of 6 Road. All items taken off have been logged and labelled.