K1 back at Fort William

K1 back at Fort William

After the West Coast team at Carnforth pulled out the firebox platework and replaced 111 firebox stays - all of the original stays - the boiler had a hydraulic test, and a steam test, the cab and cladding were replaced, and the locomotive traveled back by low loader to Fort William, arriving on 19th September, less than a month after it had left.

That afternoon, after some initial preparation work, the engine and tender were reunited and a warming fire lit before dusk.

The loco feels quite at home, back in the Highlands in the misty autumn drizzle. 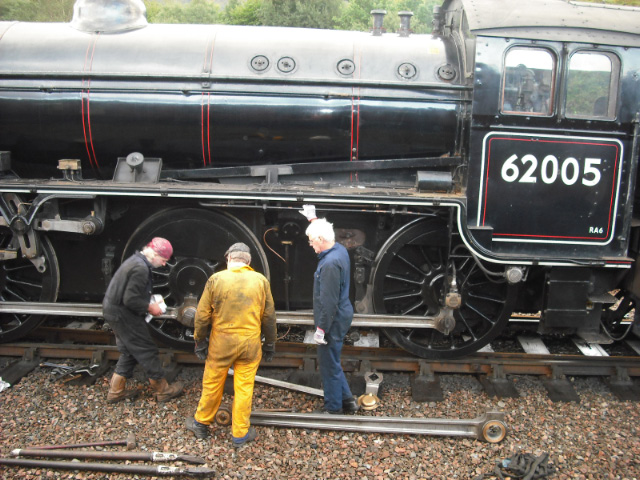 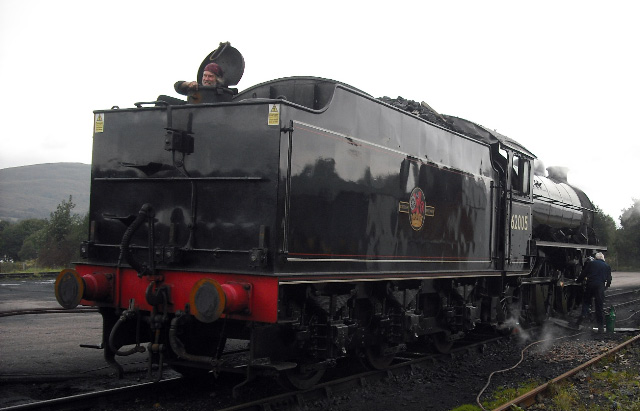 By lunch the rods were back on, by mid afternoon there was 225psi on the gague. All ready now for the The West HighlanderSteam Express.

Sunday dawned promisingly, but got progressively worse. The loco was prepared, but the rain drove the cleaners for the shelter of the support coach. About 16:00 the K4 arrived at the yard; a quick photographer could have snapped it surrounded by a rainbow. At about 17:00 the K1 left the yard to pick up the West Highland Steam Express stock and take it to the station for an evening trip along the West Highland extension. At least it had stopped raining. 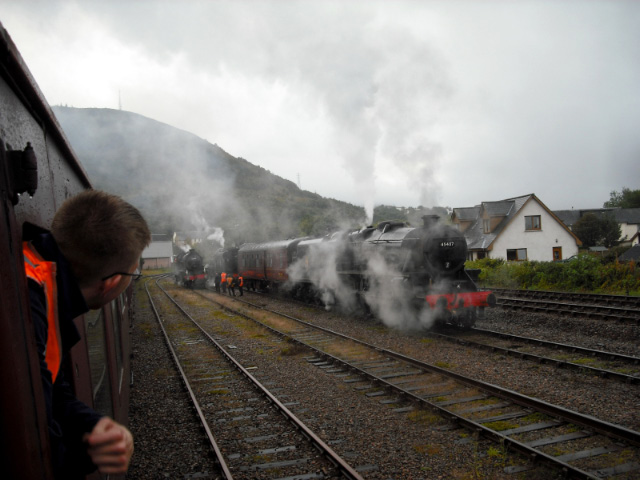 This was a trouble free trip to Arisaig, arriving about dusk,followed by a night trip back to Fort William. All seemed to be in order as the loco was inspected following disposal. 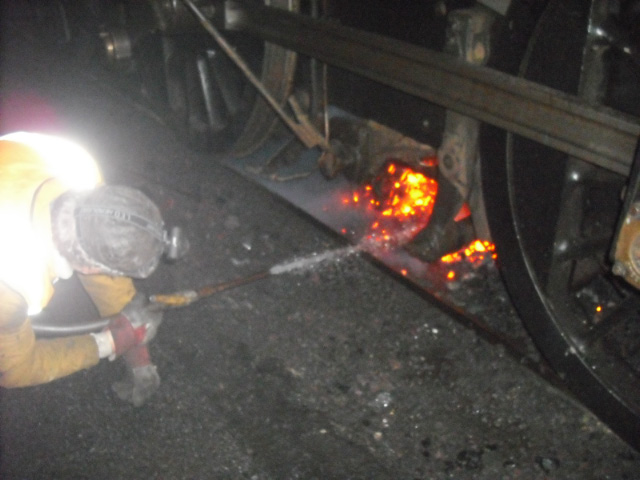 On Monday 23rd, The K1 hauled the Jacobite whilst the K4 took the West Highland Steam Express to Crianlarich for the black 5s to haul to Oban. 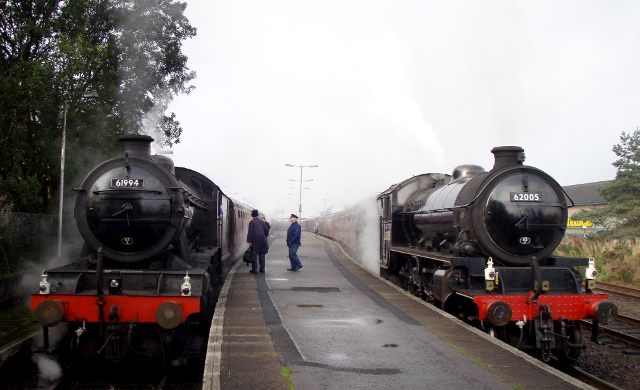 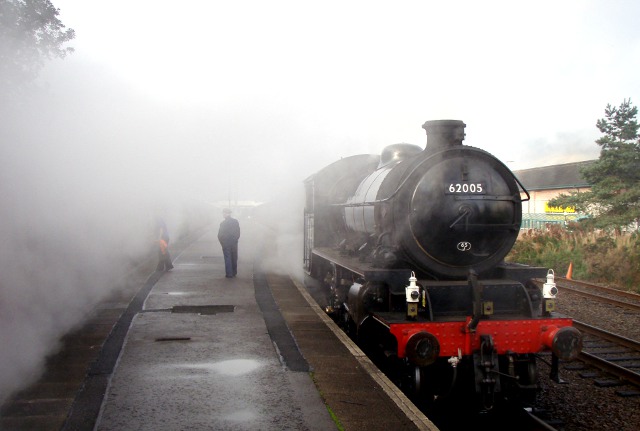 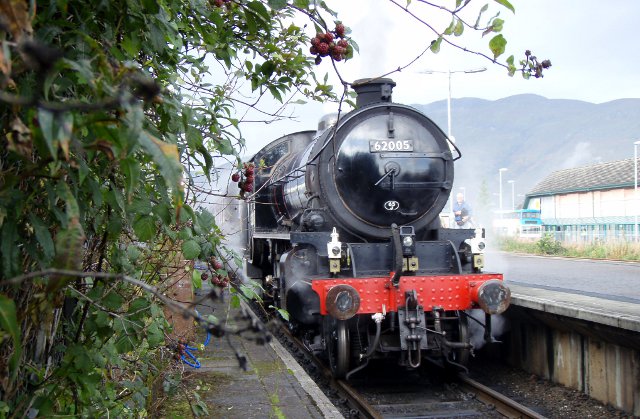 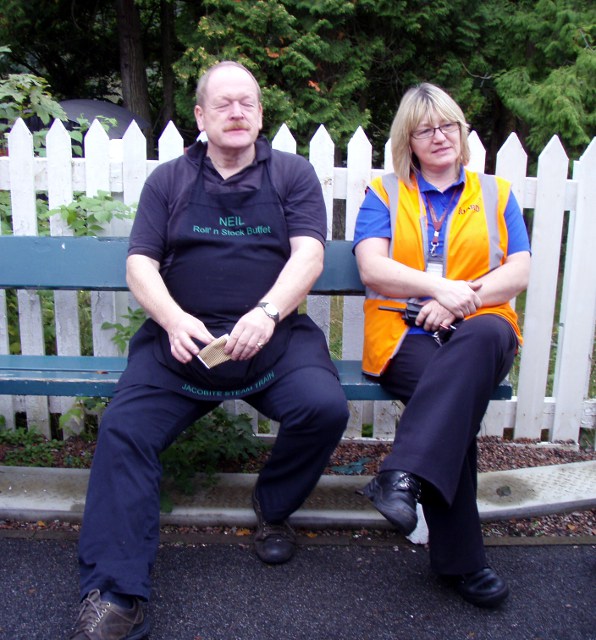 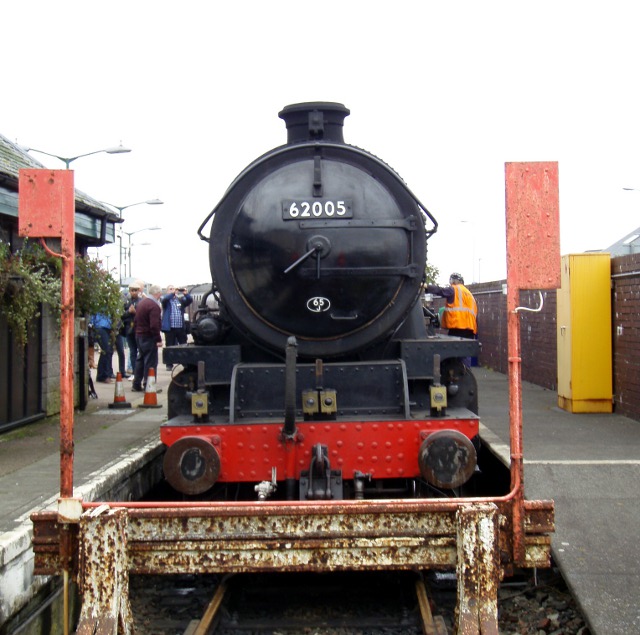 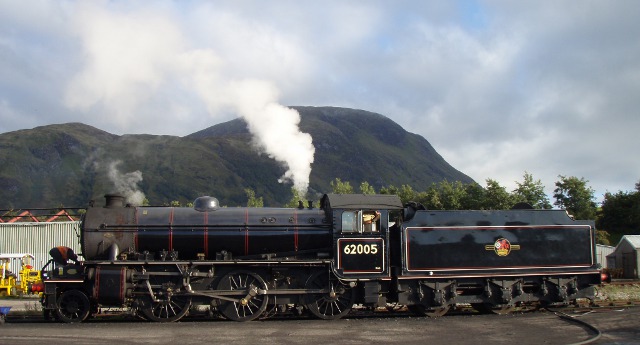