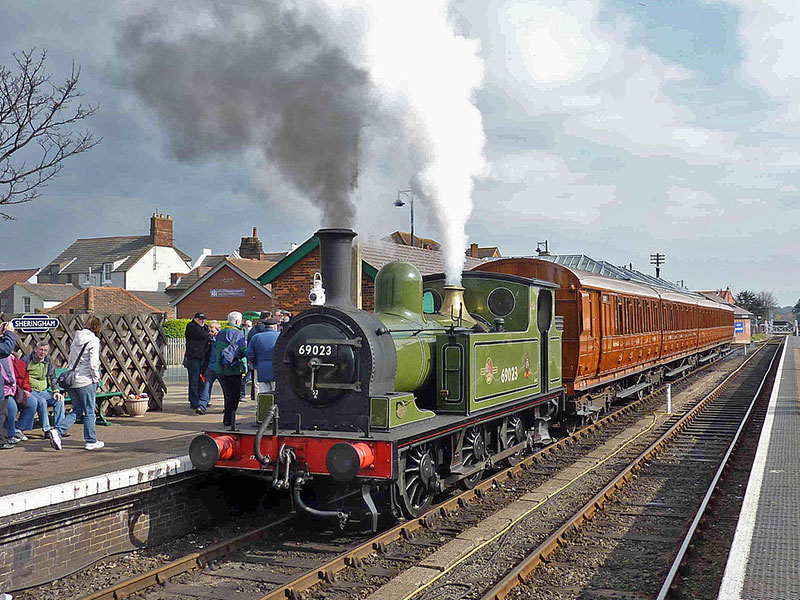 From a ballot of the NELPG membership completed in July the NELPG members have voted overwhelmingly to proceed with the overhaul of its unique North Eastern Railway designed J72 tank engine number 69023 ‘Joem’.

Joem is arguably the group’s ‘Victorian’ celebrity locomotive and its popularity has been demonstrated by many visits to heritage lines right across the country. When returned to steam railway enthusiasts will once again be able to see her as a North Eastern ambassador for the NELPG.

Work is to start immediately to finalise contracts for the key elements needed to return her to service. The award of contracts for the boiler overhaul and new cylinder block are expected to be placed during September and the mechanical restorations progressed at the Hopetown workshops in Darlington. Overall, it is a major project to get her up and running once again with a return to service expected late 2023.

For the boiler it is a 10-year overhaul requiring a new copper tubeplate, the part renewal of its main boiler barrel, a new smoke box and replacement of 69 worn copper boiler stays. All fixtures and fittings will also be refurbished, as necessary.

The opportunity to renew the locomotive’s cylinder block is also being taken. Towards the end of its previous running the existing casting was found to be worn and the base metal significantly reduced. With the boiler removed we can have full access to facilitate the replacement and hopefully a new block will be good well in to the future.