There's a Train at the Bottom of my Garden

There's a Train at the Bottom of my Garden

As a junior volunteer at NELPG and the Thorpe Light Railway, I have been somewhat restricted by the Coronavirus lockdown and I have found that having your own miniature railway in these times has proved invaluable. 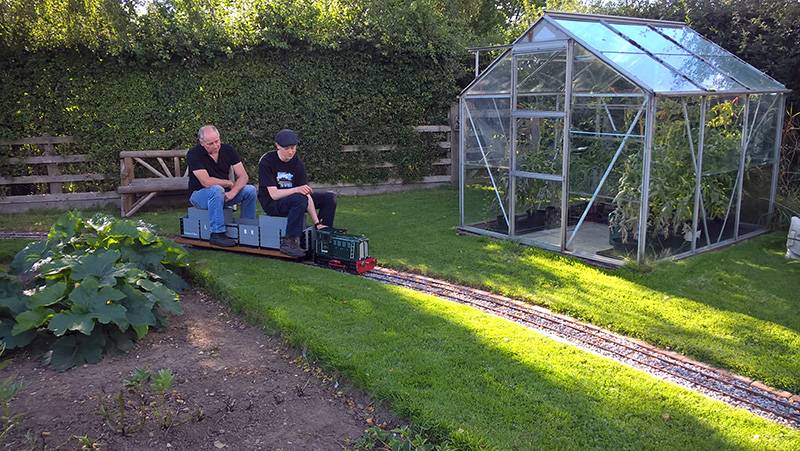 In 2014, my parents and I began volunteering on the 15” gauge Thorpe Light Railway near Barnard Castle and this is probably what inspired me to decide that I wanted a miniature railway in our garden. Before this I wasn’t really aware of railways smaller than 15” gauge which was too large and too expensive for me as I was only ten at the time and pocket money would definitely not cover the costs of constructing a proper narrow gauge railway. However, I began to discover the world of model engineering in gauges of 5” and 7 ¼” from fellow volunteers and various railway magazines which seemed more achievable and far more exciting than my Hornby OO. This was the start of a project which has taken more than five years to accomplish. 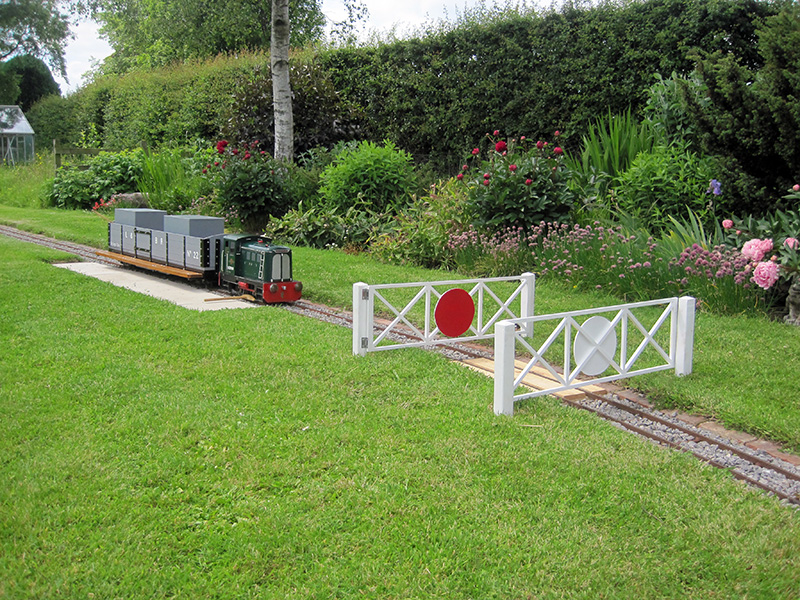 After much deliberation and many years of looking enviously at various pieces of railway equipment, a member of Thorpe told me that his friend had acquired some 5” gauge track from the Locomotion museum at Shildon, so we promptly set off to investigate. It appeared that the track was an oval but too large to fit in the intended garden so the track in question was left behind a shed. This was too good an opportunity to miss and we returned home with a trailer full of track. Over the next year, I began removing the rusted fishplates and making new ones using our trusty Edwardian hand cranked pillar drill. By this time, my Mum had finally come round to the idea of a railway in the garden and we set about laying the track. It turned out it was too large for our garden as well so the other half of the oval would have to go in the neighbouring field which would require a large embankment to make a reasonable gradient. Through a long winter of hard work with the help of my parents and a tractor, the railway was complete, for now. 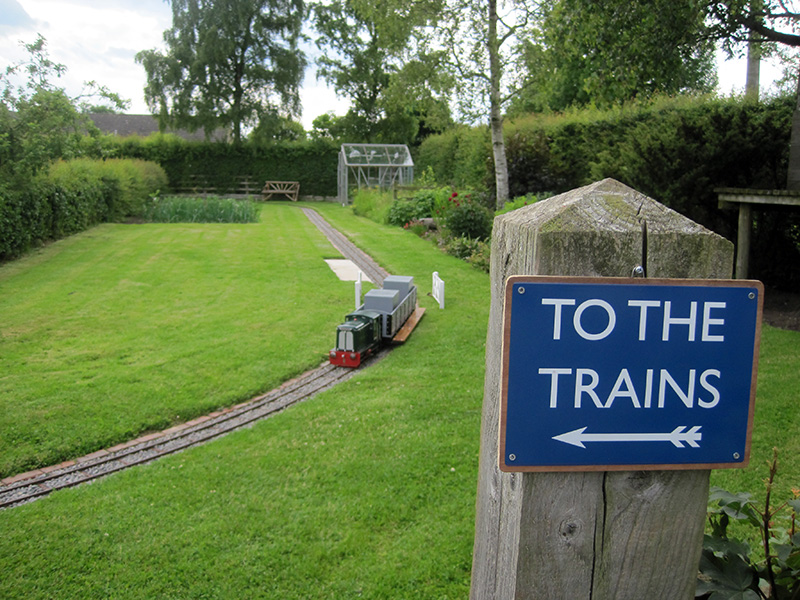 This then left the question of rolling stock. I was told by another member at Thorpe that a small 5” gauge electric shunter was for sale at an auction soon, so my Dad and I agreed how much we were both willing to contribute to this investment and he set off for the auction while I had to go to school. I admit that it was hard to pay attention to the lessons that day but thankfully, after I rushed home, a locomotive was waiting. This was a Maxitrak Coronation based on a British Railways 0-4-0 diesel shunter. I have since had some electrical issues with this so I decided to take out all of the electrics and replace them with new versions despite the fact I am a steam engine enthusiast and electrics are confusing. This was soon followed by a pair of rather worn bogies acquired from another friend, which I quickly put a piece of plywood on top of and set off on my railway although as I was to find, there was much work still to complete. 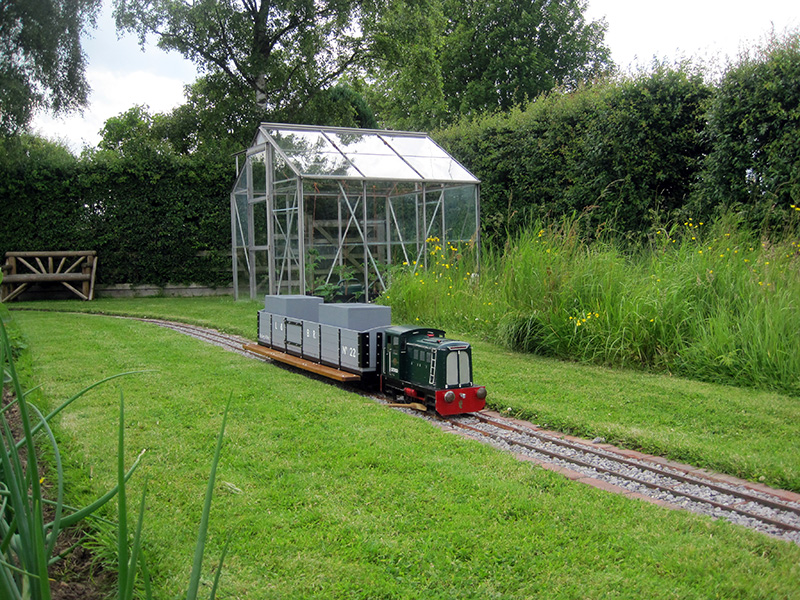 In late 2018, I noticed that the grass from the lawn was advancing across the ballast leaving the track bed looking unsightly so (track laying attempt two) over another long and cold winter of 2018 – 19, my Mum and I painstakingly added a brick lining to the edge of the track formation. This, as with most aspects of building a railway, was a long and laborious process but has proved well worth the effort. However, during 2019, I noticed that the track laid on small steel sleepers was sinking into the ballast so (track laying attempt three) I removed every track panel and drilled two holes, again with the old hand powered pillar drill, in each sleeper to allow a larger wooden version to be screwed on. I am pleased to report that now in early 2020, the track is complete and has stopped sinking. 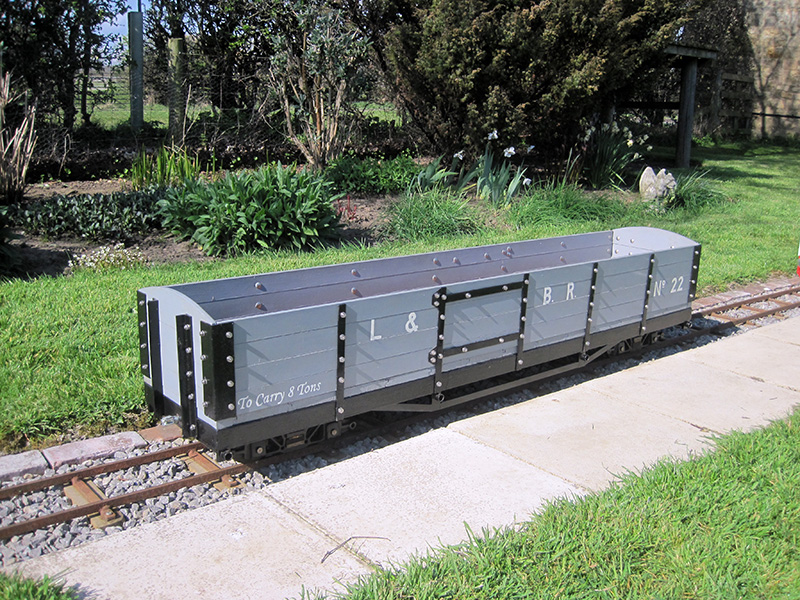 Another problem was the carriage; an unstable piece of plywood on some worn bogies was not the solution to a functioning railway so I began designing a model of a 2’ gauge Lynton and Barnstaple Railway 8 ton bogie wagon which could have removable seats and function well as a sturdy passenger carriage. In late 2018, this was sent to yet another friend for welding of the main frames and returned in early 2019 ready for me to make the underframe, floor and body. This all went together relatively quickly and this wagon has proved a useful, reliable and attractive item of rolling stock. 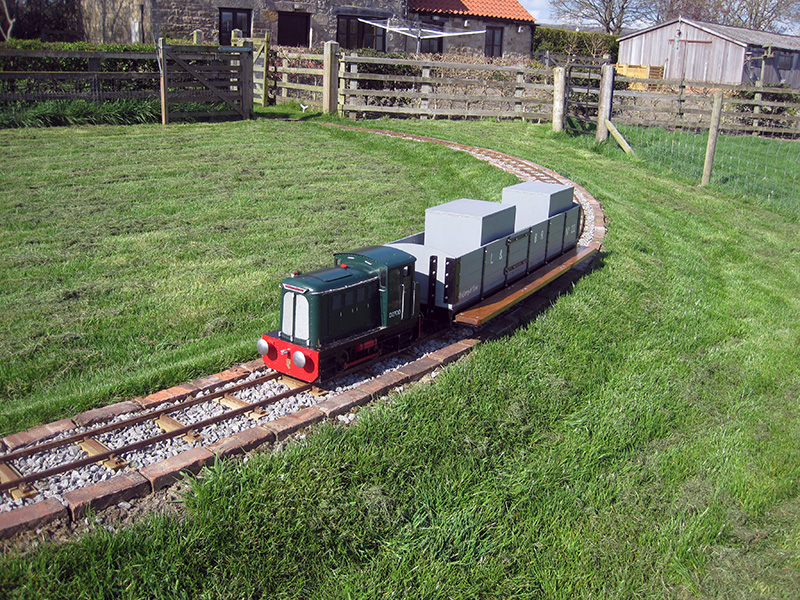 And now, in 2020, I have a complete working railway, which given the current stay at home situation is rather useful for personal sanity. I still have many plans for improving the railway; probably the most pressing is the construction of a steam locomotive as diesels and electrics are not my thing. Now that I have a good quality lathe, I have decided to make an Alice class Quarry Hunslet along with some more models of 2’ gauge rolling stock. I have found that the key to the success and completion of my railway has been down to the generosity and guidance of fellow railway volunteers, to whom I am very grateful and emphasises the importance of keeping our hobby alive despite current restrictions. 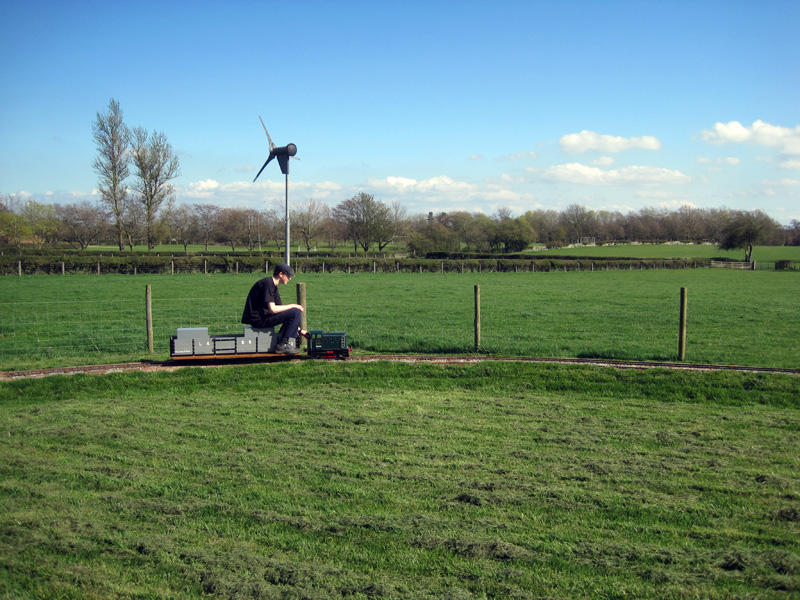