At the moment it is a struggle to find jobs as the boiler lift is awaited, so Chris set about cleaning in the cab where lots of grease and dirt has accumulated: paraffin scrapers and brushes were the order of the day. Richard was given a couple of small jobs, altering the blank fitted last week to the safety valve boss by chamfering the corners which was touching the remaining cladding. He also removed some partly drilled out studs from a section of spark arrestor framework. Ian spent some time marking and labelling all the steel fittings of the spark arrestor frame. These are now stored in a green plastic box behind the bench in front of the picture display. Trevor continued to fabricate the back plate cladding. New metal has been cut and made ready for welding next week (see photo). Later on during the morning, Ian was asked to conduct Piglet while he drove his engine, Lucie, for the boiler inspector. The little locomotive passed with flying colours (see photo). Lunch was had alfresco on the picnic tables. After lunch, Ian was required to conduct Piglet again, as he gave Lucie a run up and down the shed siding a few times while Richard De Sadeleer took a video of the event. 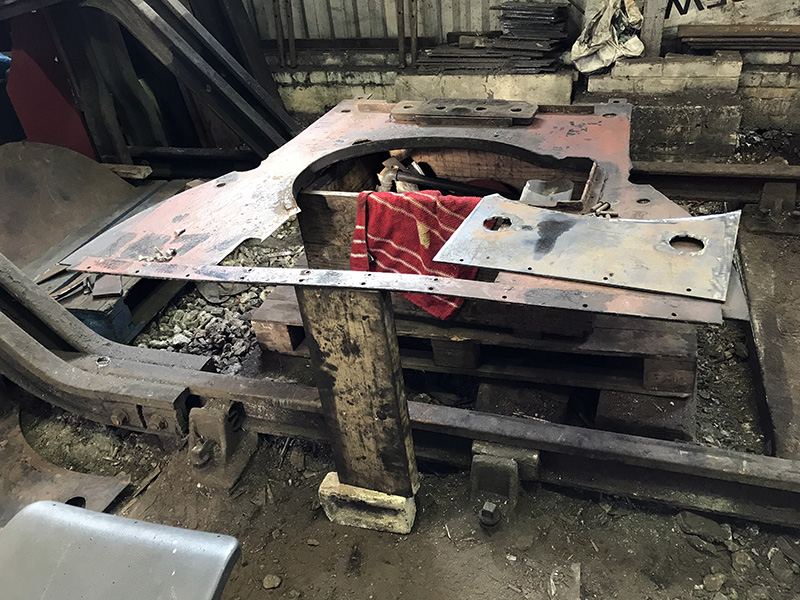 It was another fine day at Grosmont on Wednesday with Steve Hyman, Ed Bolam and Ian. Some staging was brought up from the MPD and set up in front of the tender due to the tender being several yards away from the locomotive. This was so Steve could reach safely to connect a chain to the inside of the righthand tender locker door. A hole had to be drilled into the door and the side of the locker and then the chain attached. Ian did some checks in the smokebox on the blast pipe spark arrestor studs. The front stud shows a lot of wasting around the threads and may need replacing. Ed set to cleaning out the pit, and removed lots of slurry and ash. Lunch was again held alfresco on the picnic tables. 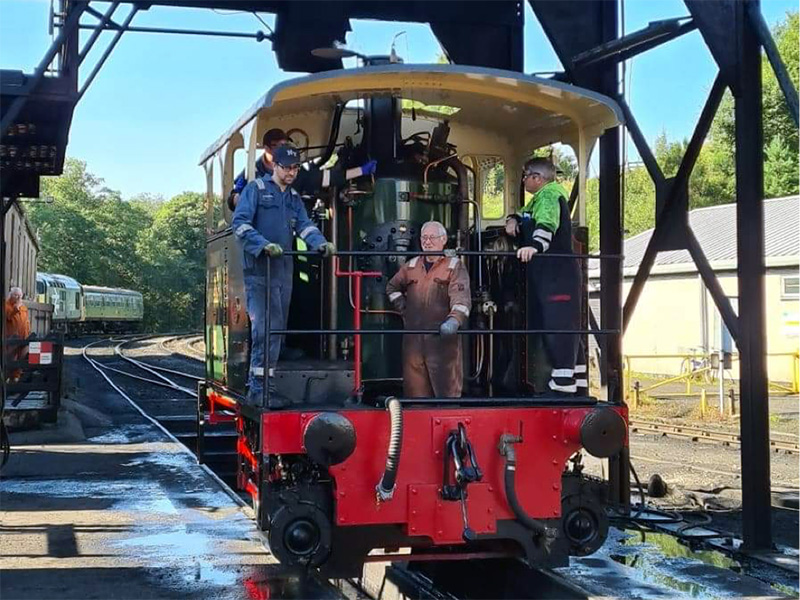 After lunch, when Steve had finished fitting the chain to the locker door, all the staging was removed and returned to the MPD. Bill came in and introduced everyone to Mike Walsh from M & W crane hire who are going to lift the boiler next Monday, 7 September. Finally, some tidying up was done in the workshop, mainly underneath the bench at the south end. 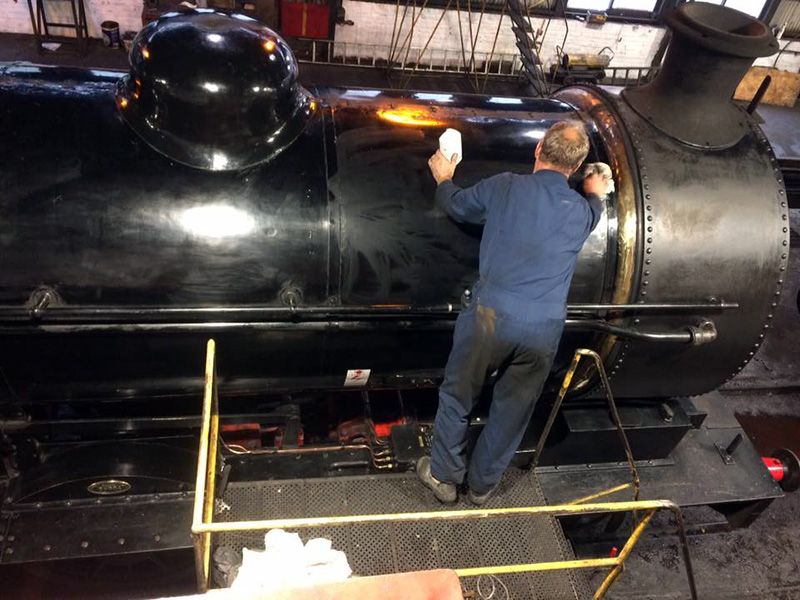