At the end of the day last Wednesday, Sean Bowler was struggling to find a 25 mm reamer at the MPD. This was required to take out the correct amount of metal to allow the next size reamer to get the finished hole in the right hand reversing shaft housing to the correct size for the new fitted bolts. Ian suggested that he could get in touch with Arthur Jenkins and go into Hopetown to see if there was one available, and went to Hopetown the next day to meet Arthur and explain what was wanted.

Eventually, he found a 25mm reamer which Ian took back to Grosmont and gave to Sean who, with Dave Brown, completed the fitting of the right hand side reversing shaft housing studs. It was lunchtime by the time Ian got to Grosmont, so he had a snack and then assisted Sean and Dave during the afternoon. By 16.30 the right hand side housing was finished with three new fitted bolts (see photo). 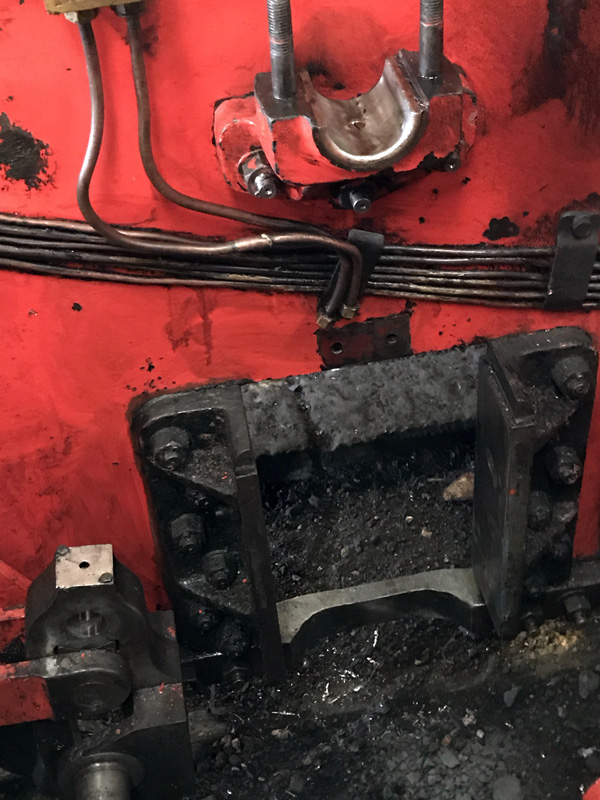 It was a fine cold Tuesday morning at Grosmont this week, but it warmed up later on for Bill Dobson, Nigel Bill, Richard De Sadeleer and Ian Pearson. Also Sean Bowler and Dave Brown were helping on the left hand reversing shaft housing, installing the new fitted bolts. Richard spent most of the day assisting Sean and Dave with this, and refitting the motion that was removed to allow access. This job is now completed (see photo). Bill sand blasted the boiler with Ian assisting, and this was now ready for a coat of silver paint. Nigel Bill cleaned all the remains from old seals from the insides of the mud holes and hand holes on the boiler. Ian and Nigel then sheeted the firebox end of the boiler just in case it rained overnight, as it was due to be painted the next day. 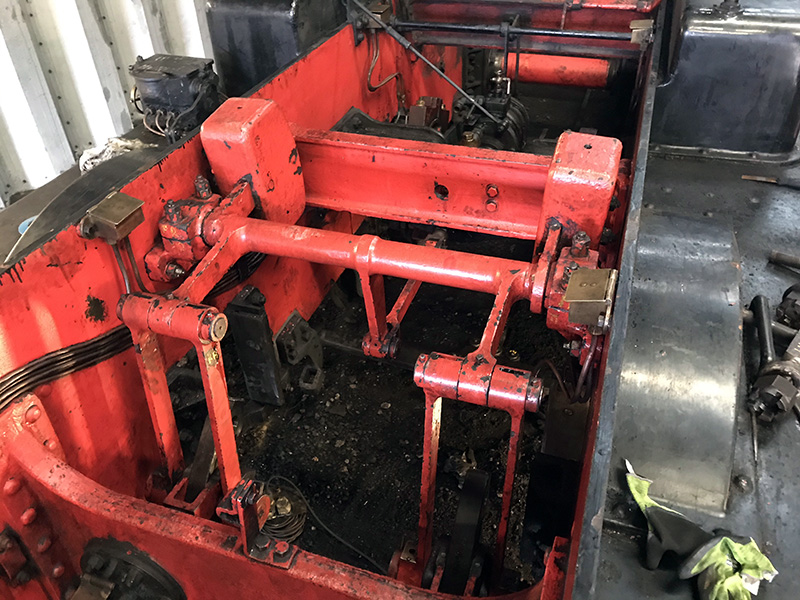 Wednesday was another fine cold morning but warming up later for Nigel Bill, Steve Hyman, Ed Bolam and Ian Pearson. A little later Nigel Hall came in to paint the Q6 boiler. Also Sean Bowler and Dave Brown were working in the wheel drop shed, taking measurements of the intermediate horn guides and axle boxes. The first job was a concentrated effort by all to remove the tarpaulin from the boiler, brush down the whole of the boiler, and wash out the foundation ring after an accumulation of shotblast and scale had gathered in the foundation area, before Nigel Hall arrived. Nigel Bill and Ed Bolam were cleaning behind the sand boxes and along the top of the frames and around the cab area. Nigel Hall painted around the boiler area of the firebox (see photo). 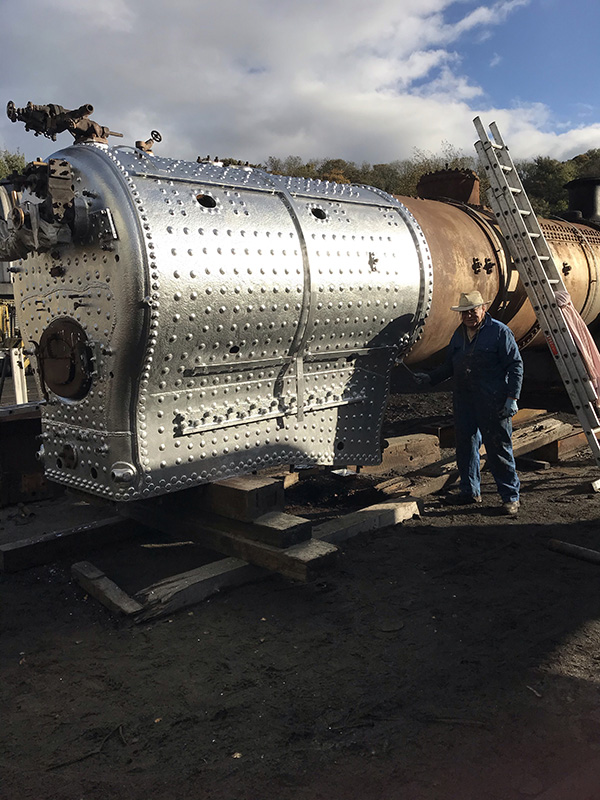 Bill called in briefly at lunchtime to see Piglet and Barney regarding removing all wheel sets but they weren’t available. Ian, with Nigel Bill assisting, made a start to remove the steam reversing cylinders. All the fixing bolts on the steam cylinder, of which there are five, have been removed, along with the six nuts from the steam cylinder back cover and the drain pipe. Ian saw Barney just before going home and told him how much work had been done on the reversing cylinder. He said the whole unit would have to be removed and the MPD would lift it out, so Ian plans to continue to remove the oil cylinder bolts next week.

Locomotives running were No 29 on the Grosmont/Goathland shuttles, with the 9F, Repton, D7628 and S15 No 825 which has been taking the last train to Pickering.