Chris Henwood was helping last Tuesday (3 November) with the J27 boiler washout at the MPD. Chris Kelley unboxed the loco himself and cleaned up all doors and plugs the day before. Chris K washed the boiler out, while Chris H operated the water pump. After this, Chris H serviced the gauge frame. In the process of cleaning the right hand gauge frame components however, he lost the Stirrup (Bishops hat) in a similar fashion to that which we have all experienced: the immediate disappearance of nuts bolts and tools we are using and may accidentally drop - there one minute, gone the next, every possible location checked - but lost. Barry Neesham kindly offered to make up a new one, featured in the attached photo.

Chris H also attended on Thursday, assisting Chris K with boxing up the boiler. Number 14 plug, a BR 3, needed to be replaced with a size 4. This was tapped out and a new plug fitted. The gauge frame was then to be re assembled. After he had finished the right hand gauge frame, Chris H found the 'lost' Bishops hat (because he wasn't looking for it, of course!). On the Tuesday there had been a mass search in Deviation Shed for our stock of gauge frames in an attempt to locate another Bishops hat, but to no avail. There was also much banter, at Chris H expense, about how we've never needed a spare because no-one's ever lost one before! Now there is a spare of course, which is believed would also fit the Q6, and this has found a home in the gauge glass box on the J27, for the next time Chris H loses one. 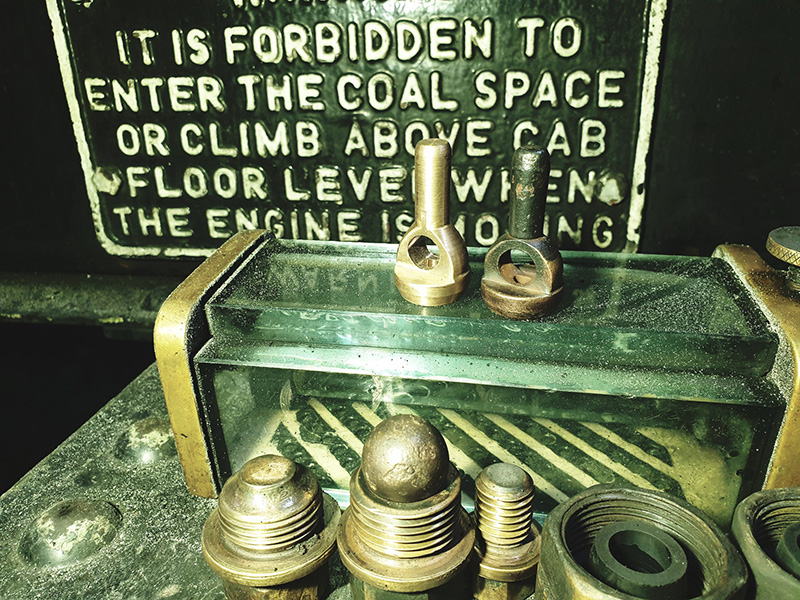 A steam test on the Friday was partly successful in that the locomotive passed its functional brake tests. However, it failed on a top door passing steam despite being nipped. This has since been addressed by the boilershop staff, though it has been commented that remedial work will have to be done to the offending door in the near future. The loco is now stopped of course, during this period of Lockdown 2.

Because of the pandemic and its consequences for operations on the NYMR, J27 working parties have been few and far between this year. As winter approaches however, regular parties would normally start again, but it is hard to make work plans at moment as its future requirements from the NYMR inevitably remain uncertain. But, importantly, what we have is a working locomotive earning its keep (an unexpected but very welcome £7,360 so far this year), and is part of the Railways' pool of locos available for whatever services it is able to run over Christmas and into the New Year. As a result, Barney has suggested that the bottom end of the loco is not touched for the moment, so it can be used in December. Once the two Standard 4s start entering traffic, it will then be possible to start looking at the motion. To maintain availablity therefore, the required winter work will have to be staggered while hopefully still making significant progress. To make a start, Neal Woods and Chris H went to the running shed on Saturday (7 November), and completed most of the backhead valve exam. They are intending to go in again on 21 November and if anyone is willing to join them for the day, please contact Chris Henwood direct.