Terry Newman also came in later in the morning at the request of Bill to inspect some of the copper pipes which were found with defects when removed.

Sean Bowler and Dave Brown spent all day on Monday shimming the horn guides. Sean was quite happy with all except for the left leading front which was was out of square by 60 thou. Sean reported the situation to Bill on Tuesday and explained that the preferred method to rectify this was to machine the horn guide which Sean would do. This machining wasn’t a quick job though, and at the end of Tuesday there was still a few hours machining left for the next day. Bill spent a lot of time sorting through the old sockets to establish how many Whitworth 3/4 drive socket sizes we have. He found quite a few different sizes and is going to purchase from eBay the sizes we don’t have. Of course, most nuts and bolts on locomotives are Whitworth, and we are always having to beg others down at the MPD for certain size sockets. When we get our set completed they will be put on a rack on the workshop wall for easy access. Nigel Bill cleaned the remaining scale from the foundation ring area after making a special tool to withdraw it. Afterwards he cleaned two springs which belong to the intermediate wheel set and then he cleaned 6 underkeeps which Sean and Dave had dismantled on Monday. 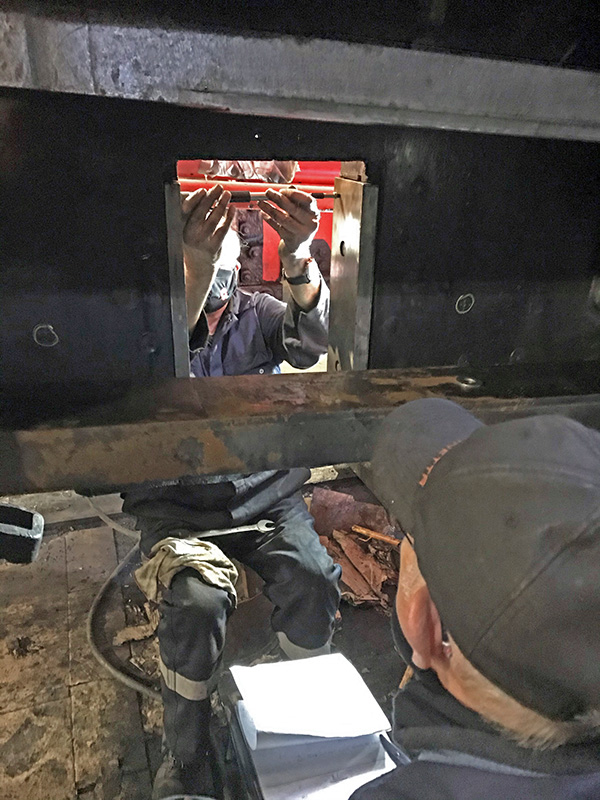 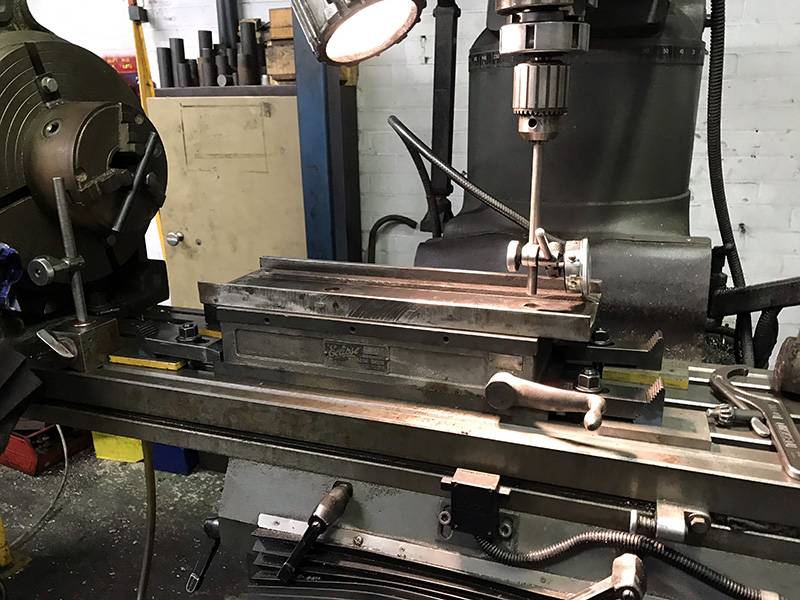 Nigel Hall came in and cleaned and primed the areas on the frames where the NDT inspection had been done, and also some of the frame area where the firebox fits. Ian and Bill assisted Terry finding the defective copper pipes which are stored upstairs. While discussing what action would be required, Ian spotted a cardboard box with 4 new Q6 underkeeps inside. It’s strange that when searching last week they weren't spotted!

Ian spent a lot of time making some new trimmings to fit into the top of the axle boxes to lubricate between the axle box and the horn guides.

Bill was informed by Barry Neesham that he had completed the machining of the safety valves, so these will be ready for assembly shortly.

Wednesday saw a fine mild morning with heavy showers during the afternoon. Bill Dobson, Nigel Bill, Nigel Hall and Ian were present. It was all system go down at the MPD as Sean and Dave had been requested to remove the large lifting jacks from under the Q6, as they were required at Pickering due to the failure of the jacks at the carriage works. So everyone assisted, as these jacks are very heavy and cumbersome not easy to move on a floor surface covered in compressed oil, grease and dirt.

Before the jacks were removed, four more static standing jacks were sought and fitted leaving the Q6 standing on eight static jacks (see photo). The four lifting jacks were moved with their electric cabinet to the entrance of No 4 Road awaiting transport. 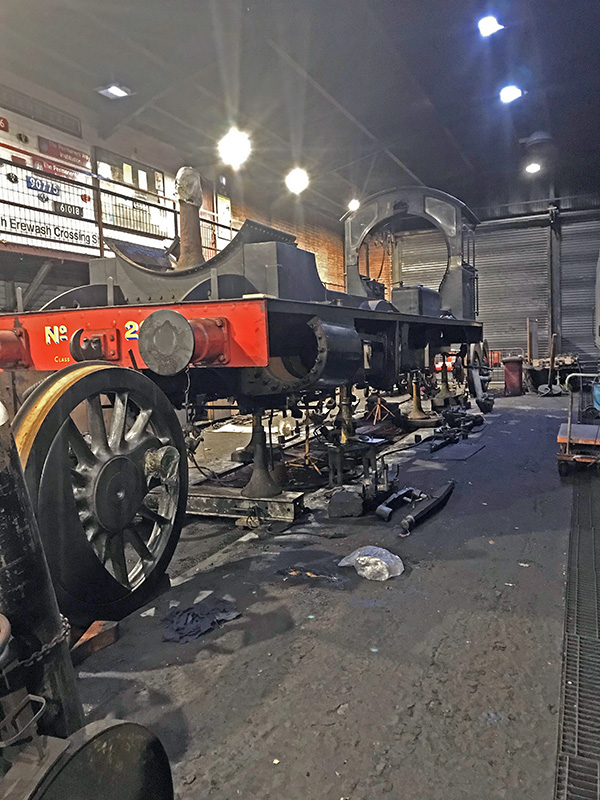 Completing this took up to 1pm, and lunch was had around the stove in Deviation shed. Nigel Hall had an earlier lunch, then got started cleaning and painting the inner frames after the removal of the lifting jacks which meant he could get a coating on both side where the firebox fits.

During the morning, Chris Kelly fitted 2 stepped studs onto the backplate which hold the righthand side of the Tea Tray in position. In the machine shop Barry Neesham milled the left leading front horn guide which took some careful machining (see photo). Nigel Bill completed cleaning the under keeps, while Ed painted the Tea Tray. Ian washed the new found oiler pads in warm lubricating oil, as recommended by Armstrong Oilers, and then put them to soak in lubricating oil in the wheely bin in the MPD machine shop.

Some time during the afternoon was spent looking round the site for a suitable steel beam to put under the firebox instead of timber, for when the boiler is given a steam test. However, advice was that a steel plate sat on top of the timber would suffice. Also during the afternoon, Sean and Dave continued fitting, measuring and shimming the left leading front horn guide (see photo).