Arthur Jenkins and Ed Bolam set out cones on Station Road from McNay Street to the field gates, on the evening of the 13th, to preserve access for the HIAB truck ordered by Dave Pennock for the J72 boiler move next day.

The team had arrived early, to provide contingency, in case of problems, but, in the event, the truck was late and there was more than enough time. Better safe than sorry though!

The boiler was delivered by Corners to Northern Steam Engineering Limited (NSEL) later the same afternoon. NSEL has been selected to carry out the boiler repair, following a competitive tender exercise.

Some photographs of the day from Terry Newman: 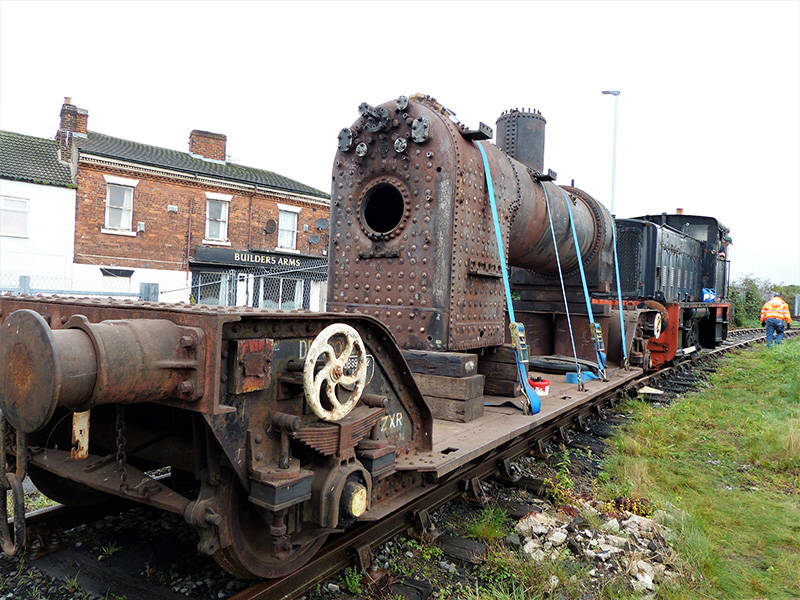 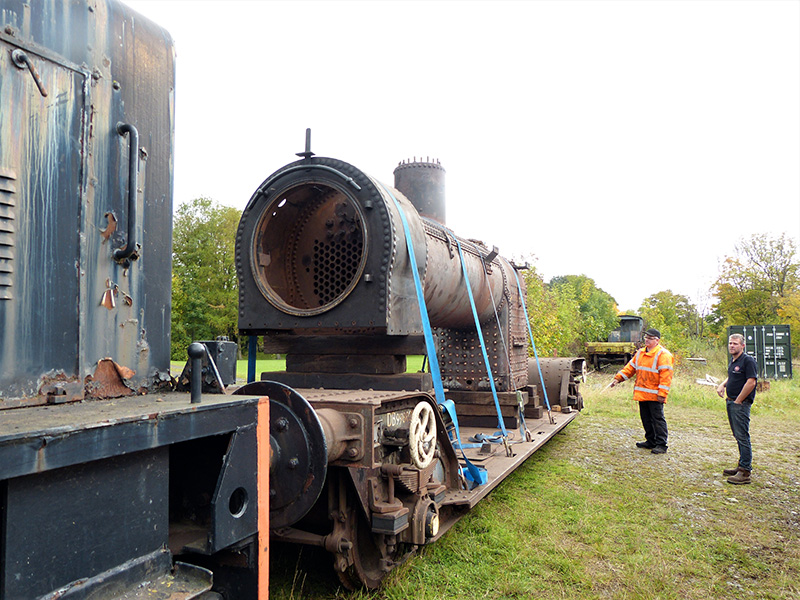 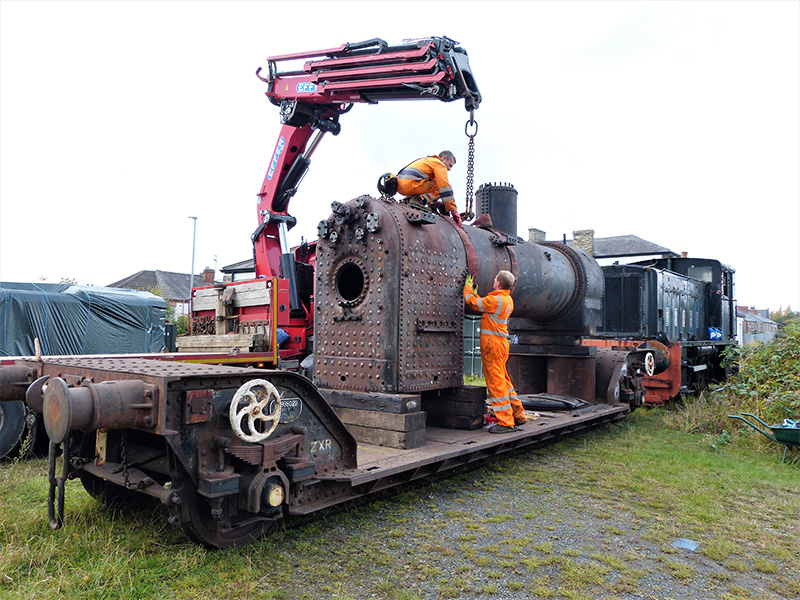 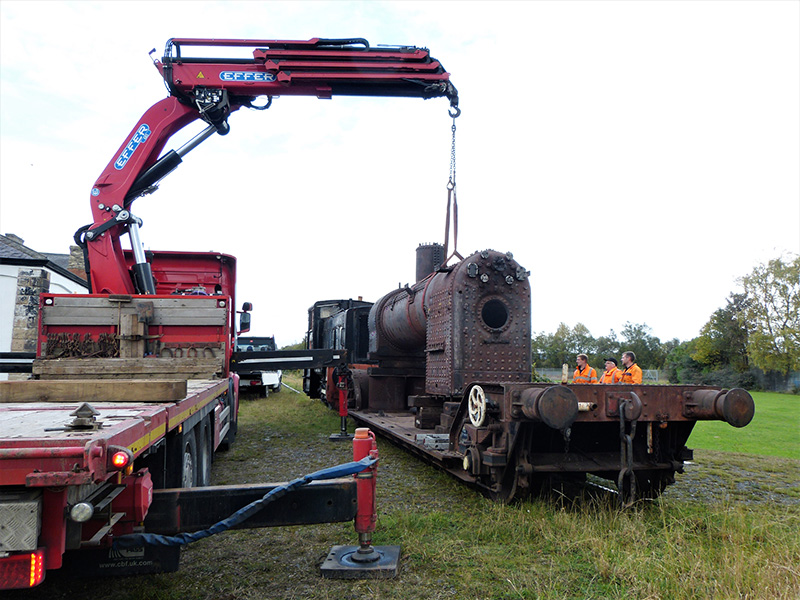 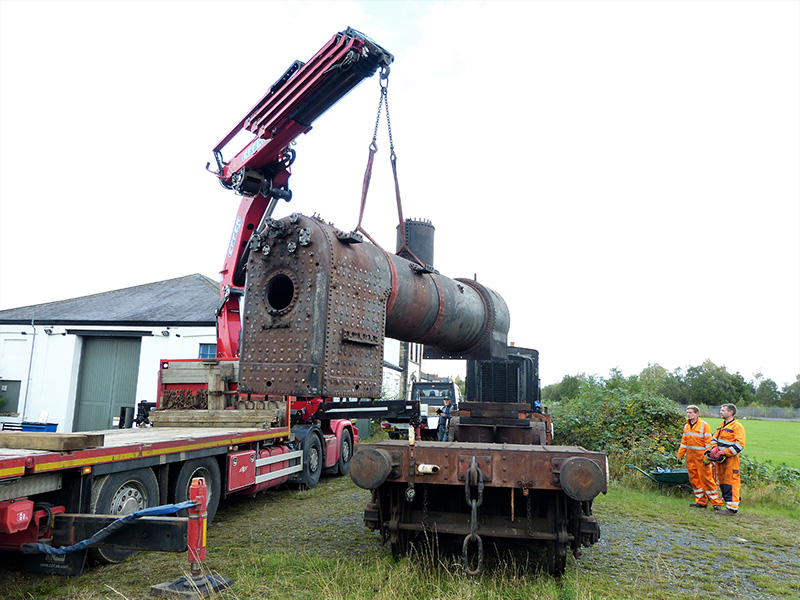 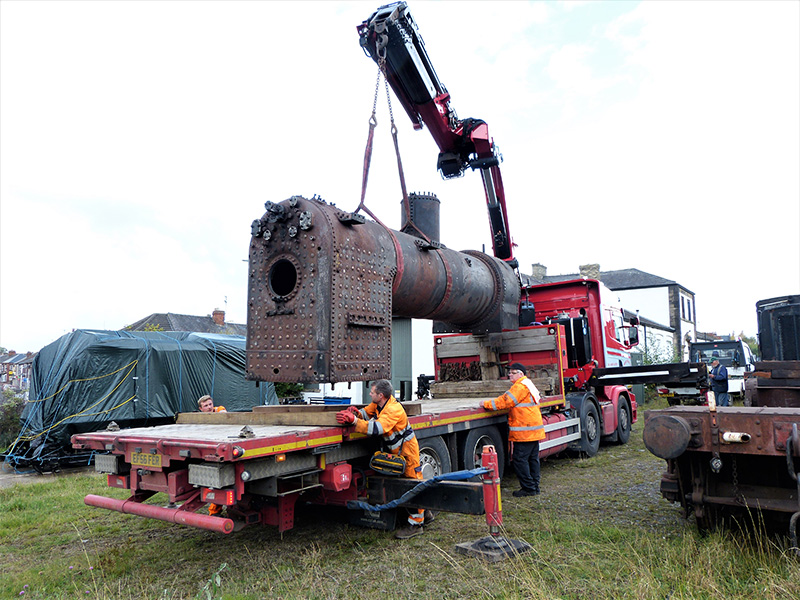 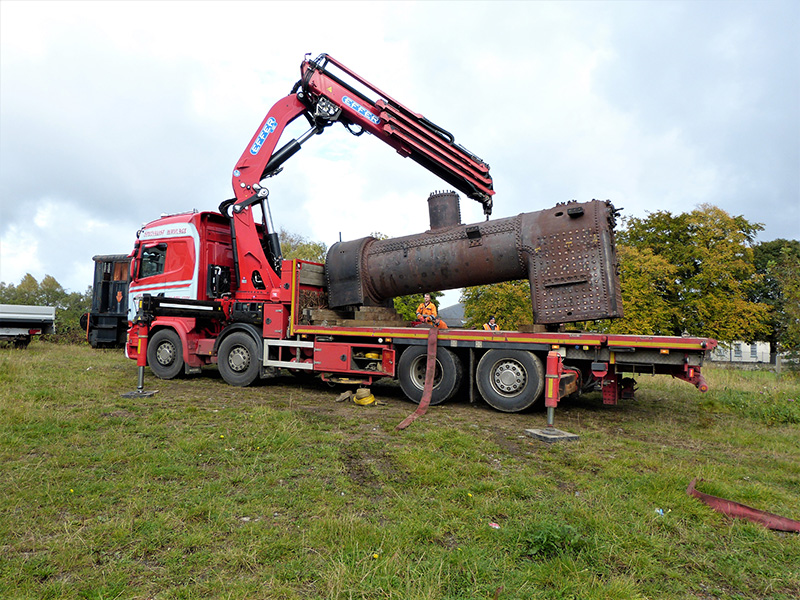 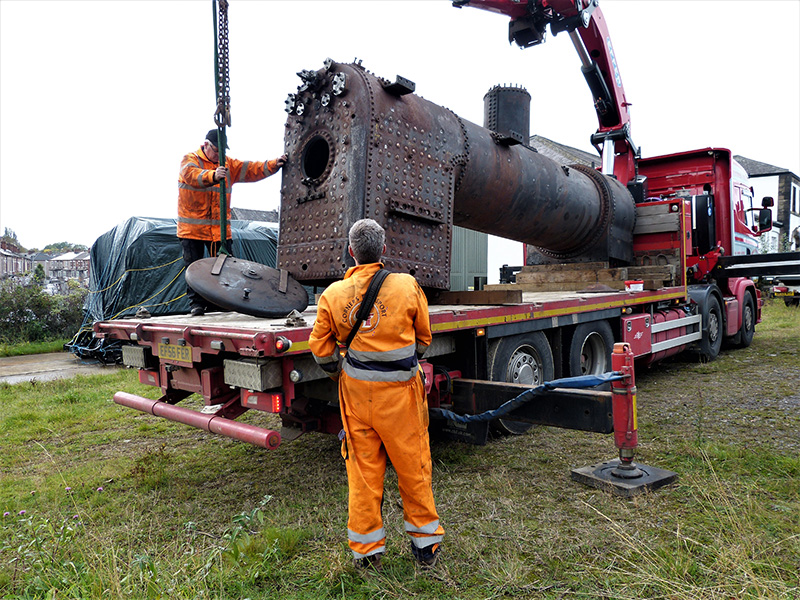