Ian Pearson reports some early morning rain but becoming brighter later before lunchtime on Tuesday. Bill Dobson, Nigel Bill, Jon Bradley, Gordon Wells, Trevor Wilford and Ian Pearson were present, and found, on arrival at the MPD, the Q6 boiler in full steam with Adrian Dennis in charge and about to set the safety valves. A report later in the day from Adrian showed eight minor steam leaks needing attention, and that the safety valves had been satisfactorily set .

Up at Deviation Shed, Nigel lit the stove and then went down to the MPD for some water. Our supply to Deviation Shed had been turned off due to repairs being necessary to the main supply pipe. By late afternoon however, after some new pipe work was fitted, the supply was reinstated.

Jon arrived from Morpeth with the new lefthand piston rings, repaired lubricator and some items for the J72 for Neal Woods attention. After unloading these items, and a welcome cup of tea, Jon gave the inside of the cab another coat of undercoat. The wooden interior from the cab was loaded up into his car up to take home for cleaning and varnishing.

Bill, on receiving the piston rings, found the rear ring fitted OK, but the front one was slightly too tight and he spent a lot of time dressing it to fit. Nigel spent some time on the band saw cutting some steel, making seven 4”x3” plates which will be required when fixing the ash pan back to the boiler. 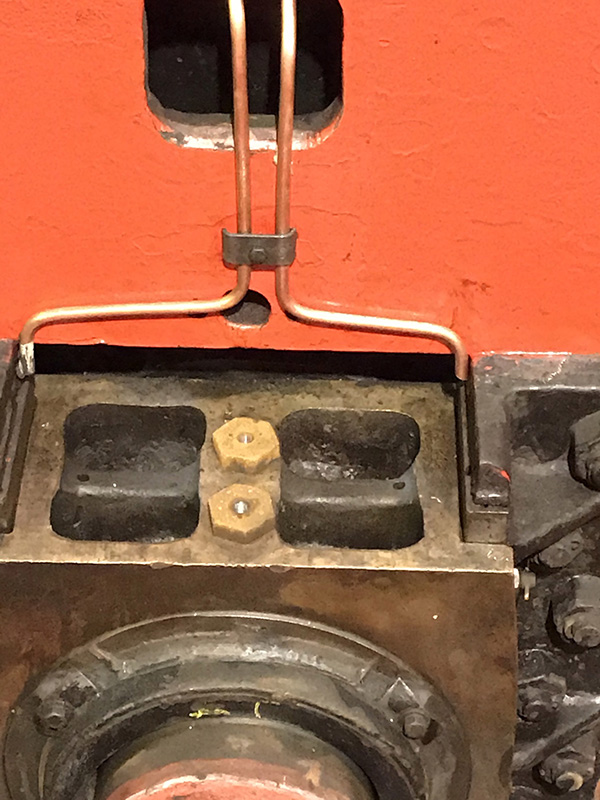 Gordon spent all day making new copper pipe brackets and fitting them to supply oil to the rear axle box horn guides (see photo of lefthand rear). Nigel also assisted Gordon in removing two old oil pipes that used to feed oil to the right hand side rear axle box . New pipes were then fitted but are not quite finished.

About 11am, Neil Smedley called in on his way to Loftus for his PTS medical, following prior agreement with Ian, to deliver a 15” adjustable spanner, retrieved from a scrap metal bin at a charity shop, and for which many thanks are due to Neil and his eagle eyed son.

Trevor arrived after lunch and continued working on the ash pan sprinkler system, welding brackets and fitting the sprinkler pipe. After lunch it was decided to fit the piston rings and put the piston into the cylinder using the engine hoist and lifting table (see photos). 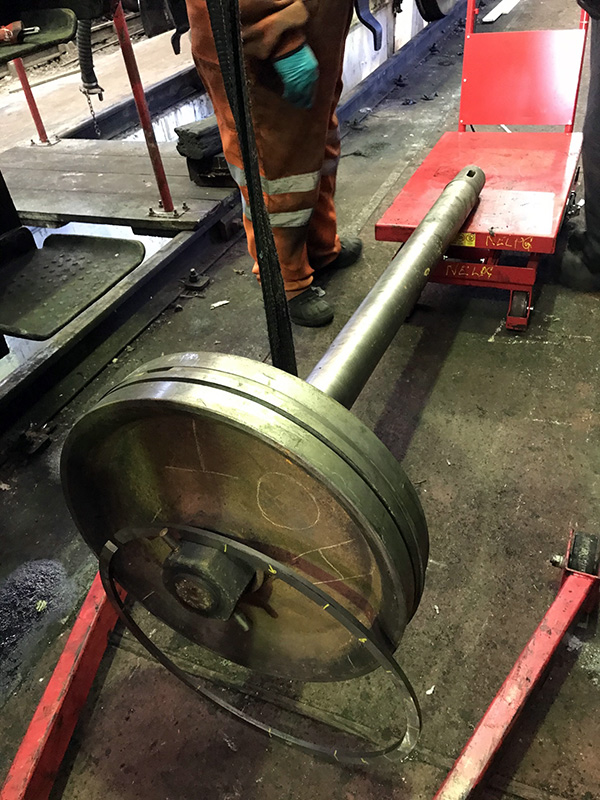 Eventually the piston was fitted back into the cylinder, then it was time for home. 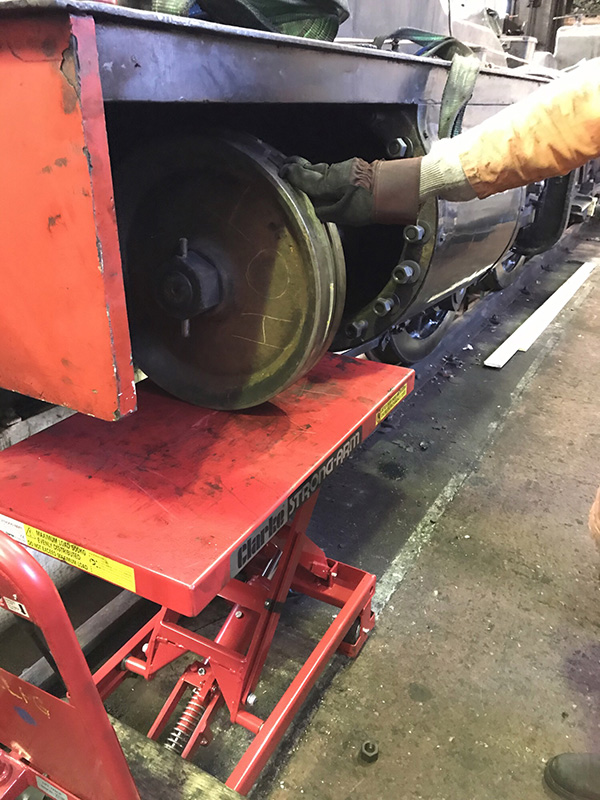 Wednesday 17th March 2021 started off with a cloudy, slightly damp, morning, but the sun came out before lunchtime for the much smaller team of Bill Dobson, Ed Bolam and Ian Pearson.

After Ed had got the stove fired up, he spent some time down at the MPD cutting a piece of steel 1 metre in length by 40 x 25mm into 8 pieces, 125mm long, to make a fitting to deliver oil to each axle box from the lubricator. These are to be machined by Barry Neesom next week.

Overnight, Bill had a suspicion that the lefthand front piston ring was still a bit tight. On investigation, it was found that the front ring had dropped into the port. It took some time to get the ring free, but, with the use of a shim, the piston was brought forward and outside the cylinder. The ring was to be removed and dressed some more, but, unfortunately, while trying to remove it, the ring was broken. A new one has been ordered from Matthew Storey Engineering.

After lunch an air line was set up and the vacuum pipe was blown through to remove any scale and dust that may have been inside the pipe after straightening. Also, all the copper pipes have been blown through.

Ed Bolam took the J72 bolts to deliver to Hopetown, and Neal Woods has been advised.

Paul and Angie were busy working on the K1 on Tuesday and Wednesday with assistance from Chris Henwood and Mike Bloomfield.