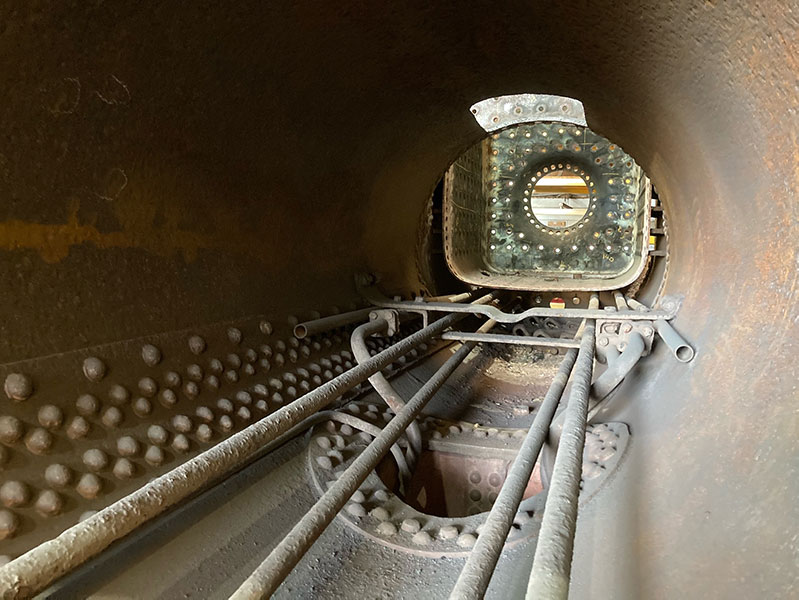 Close examination of the boiler components has revealed that they are in a much poorer condition than had been anticipated from what could be established before dismantling. Several more stays have been removed this week to confirm the condition of a wider area of the wrapper sides.

Ian Storey, Neal Woods, Paul Hutchinson and Richard Pearson have all viewed the boiler (though not simultaneously) to help inform the engineering decisions which are now required, before instructing NSEL on how to proceed.

A number of costed options for repair have been provided by NSEL. The financial implications for the overhaul are being worked through and will be considered by the Project Team and by the Board.

Two drawings have been obtained from the National Railway Museum. One of the later boiler diagram, as used on our locomotive, and one showing various fastenings on the boiler. These will help with the overhaul of the boiler, as they confirm the design size and thickness of the boiler plates. 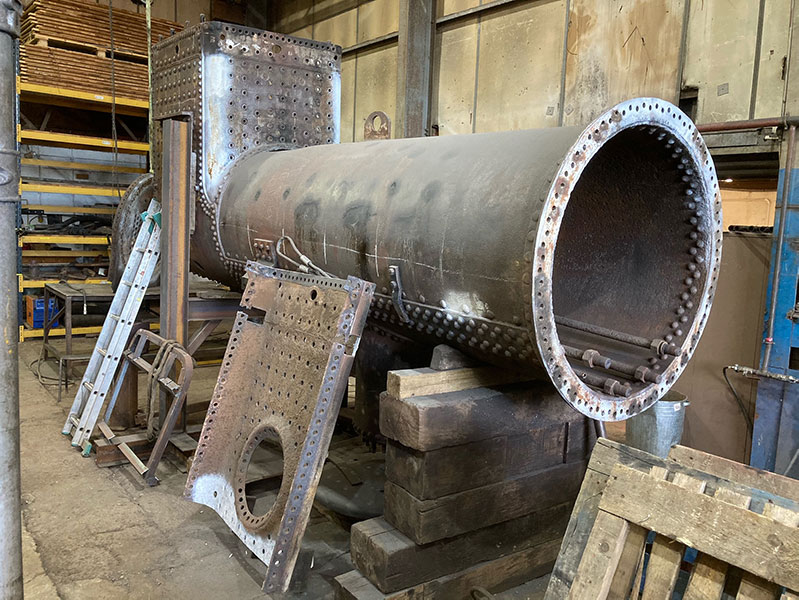 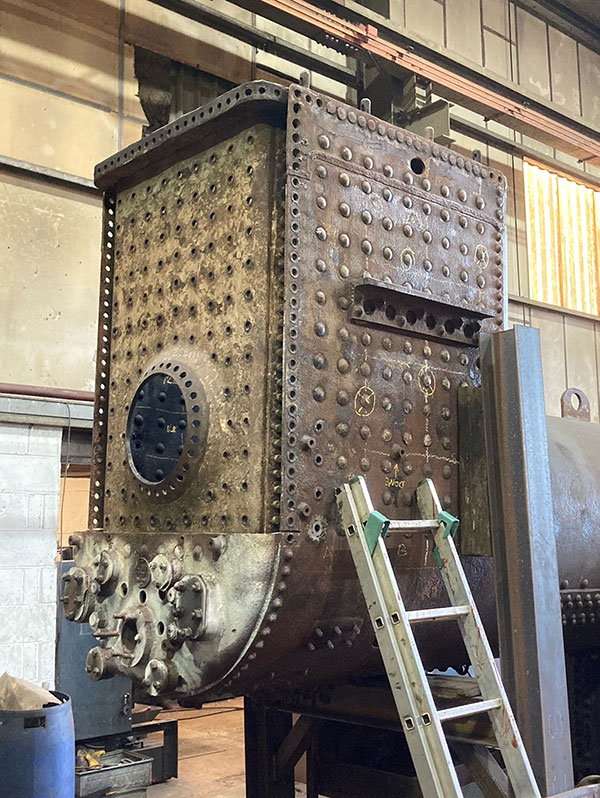 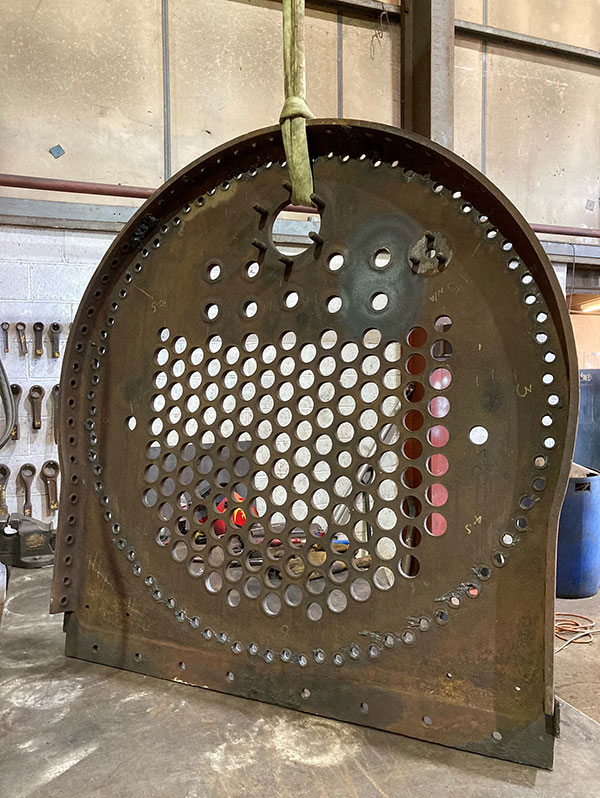