Since the last report on the K1, working parties have taken place most days and several nights. Angie, Mike B, Chris H, Scott M, Kenny M, Rolly and me have all been involved 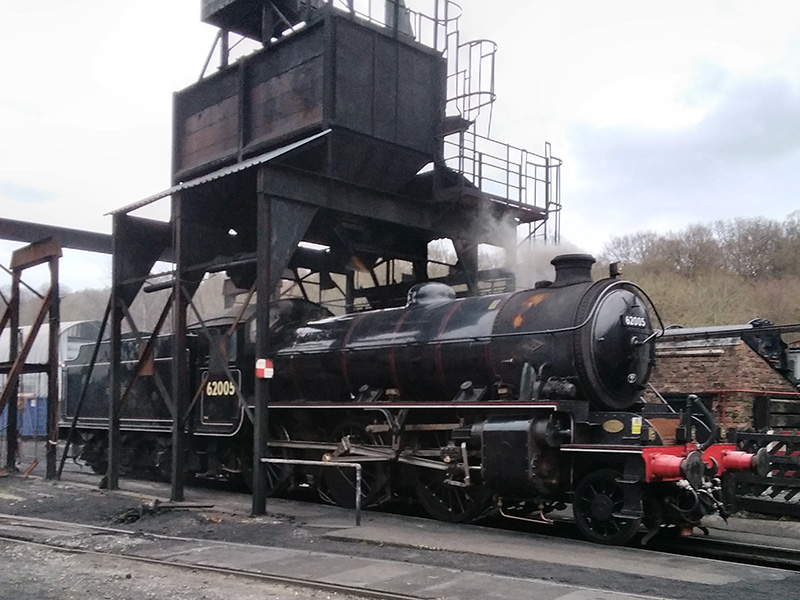 In 35 years of working on the K1 I have never known it object so much to being put back together. It is however very nearly there. After a false start on Sunday the fire was lit late this afternoon for a NELPG steam/functional test tomorrow - we still need to refit the tender steam brake piston (after a replacement little end pin was fitted today) but that will be done first thing in the morning. The attached photo was taken as Angie and I left Grosmont at 17.30ish today - an early finish for once.

The mainline hot exam/functional test is scheduled to take place on Friday and the loco is due work crew competency trains to Battersby Monday to Thursday next week. If you would like to be involved in looking after the loco while it does this work then please let me know.

With regard to the coach, JP has made good progress with the new 24v lighting system, tidying up much of the 240v wiring at the same time. Richard De and Chris H have also sorted out a number of very sticky drop lights and Kenny M has started the alterations to the battery boxes necessary to accommodate the new batteries.