The overhaul of NELPG’s NER Class J27 locomotive took a major step forward on October 31, 2013, when – after several trial fits - the new cylinder block was fitted to the frames for the final time. 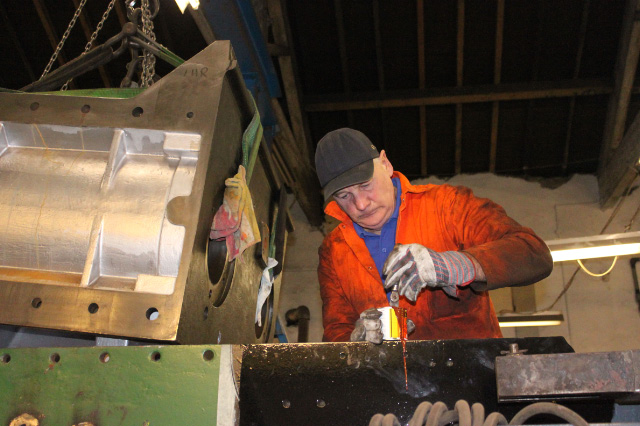 This is the culmination of a number of years’ work by many NELPG volunteers and sub-contractors. 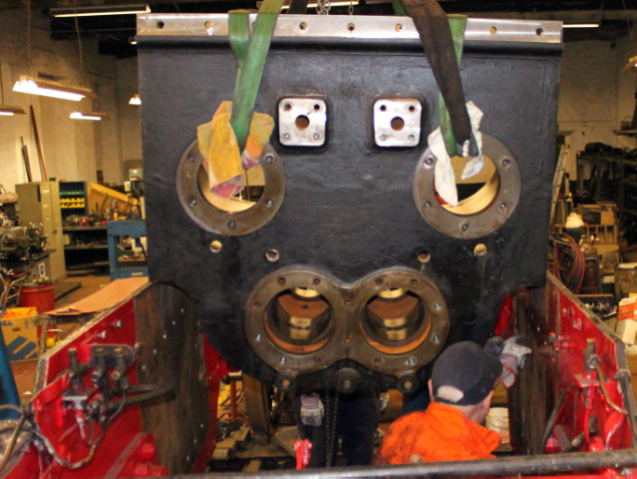 The locomotive was withdrawn from service in 2005 with several steam leaks from fractures in the cylinder casting. 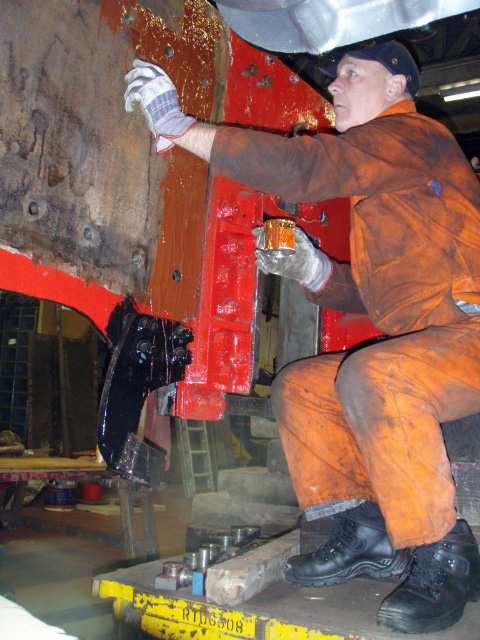 It was initially hoped that the fractures in the original cylinder block could be repaired by specialist welding. But, when the block was removed from the frames and inspected by contractors Cast Iron Welding from Coalville, they recommended replacement rather than repair, due to the severity of the fractures. 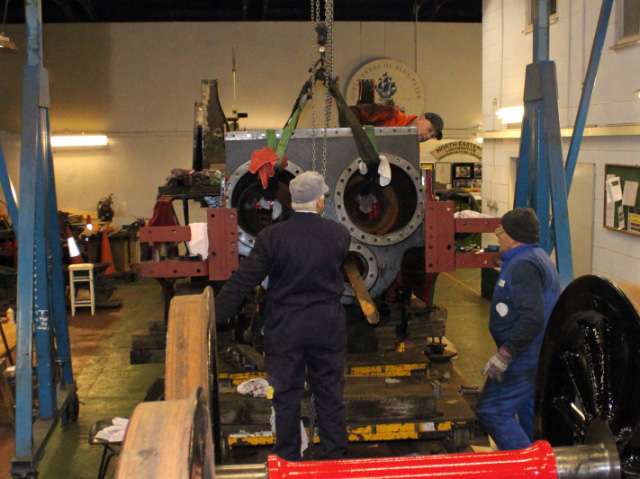 After weighing up many options, NELPG decided to go ahead with casting a new cylinder block. The group asked David Elliott, Director of Engineering for The A1 Steam Locomotive Trust to manage the project. 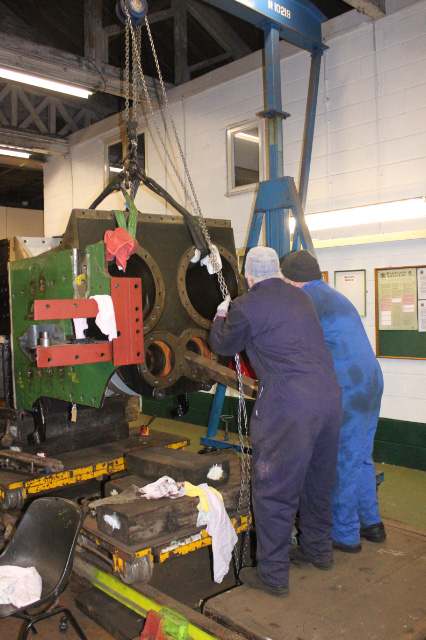 South Lincs Foundry from Spalding was commissioned to manufacture the patterns, and the new cylinder block was cast by Timsons Ltd of Kettering. The completed casting was machined by Multi-Tech Engineering (UK) Ltd, based in Featherstone, Pontefract. 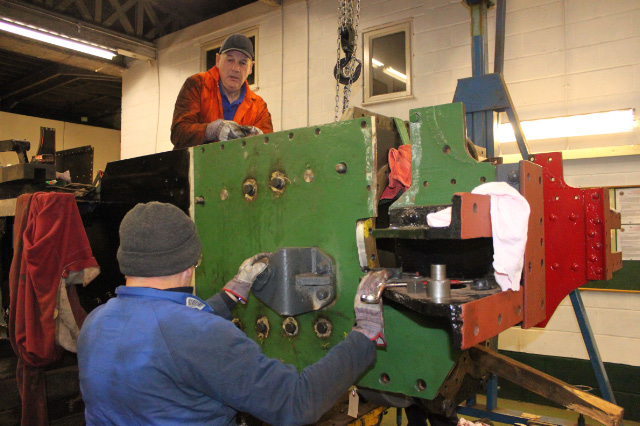 NELPG volunteers were able to take on the rest of the project, including hydraulic testing and trial fitting to check alignment,  in the group’s workshops at Hopetown, Darlington 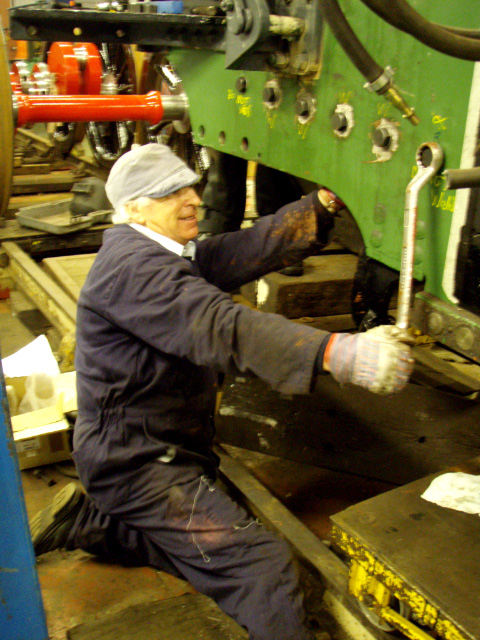