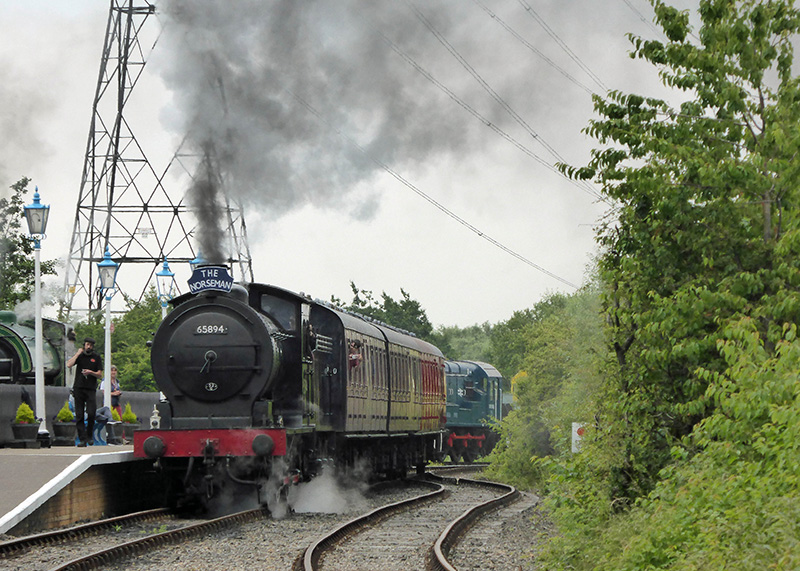 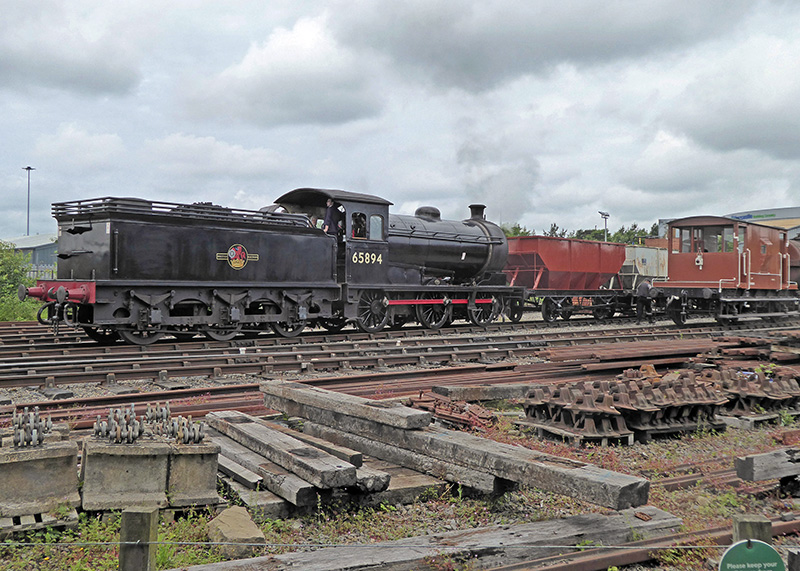 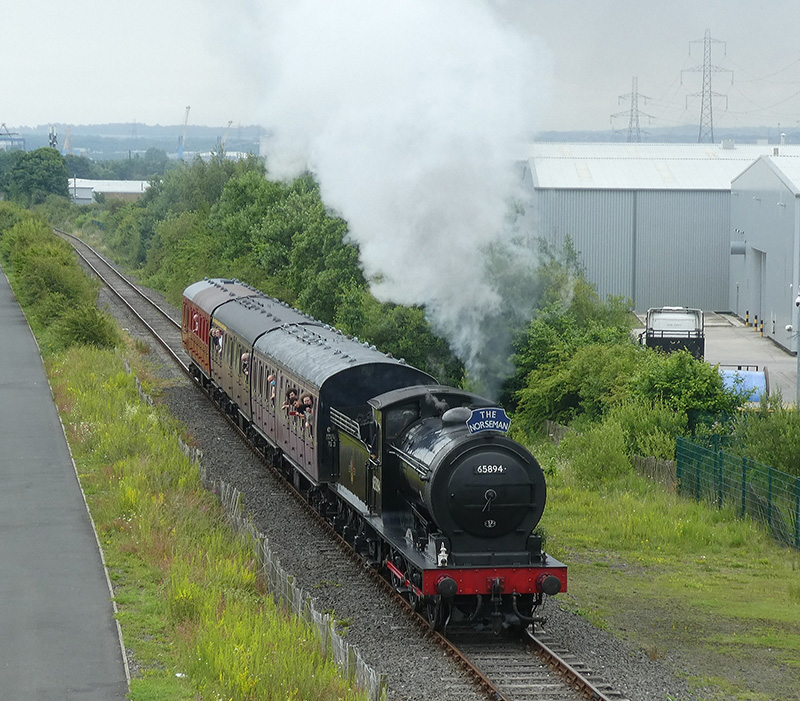 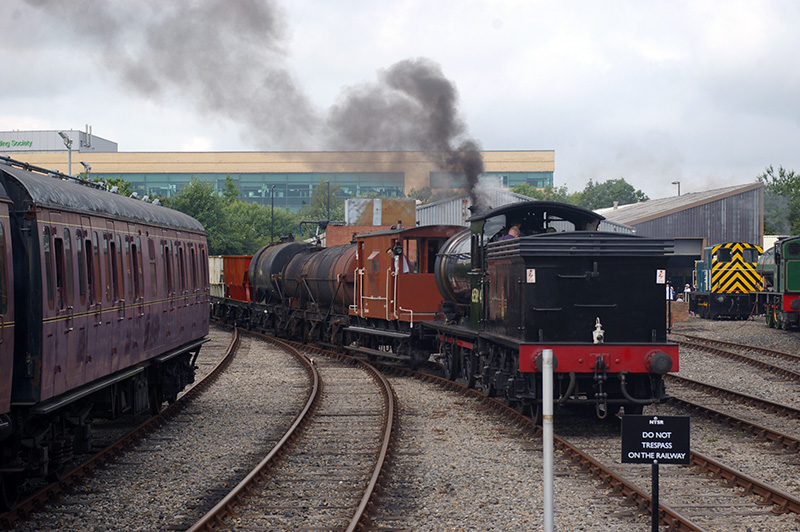 Following its successful staycation on the North Tyneside Steam Railway for their 30th Anniversary Gala, the J27 tender arrived back at New Bridge, Pickering, on Wednesday 14th July, followed by the engine yesterday. Paul Hutchinson and Angie were due to reconnect both parts today, and it is expected that the locomotive will be quickly back into traffic on the NYMR internal service diagram - keep an eye on the NYMR webcams. Attached are a few photos of the J27 at work between Percy Main and Middle Engine Lane during the Gala.