A successful day with the following achieved: 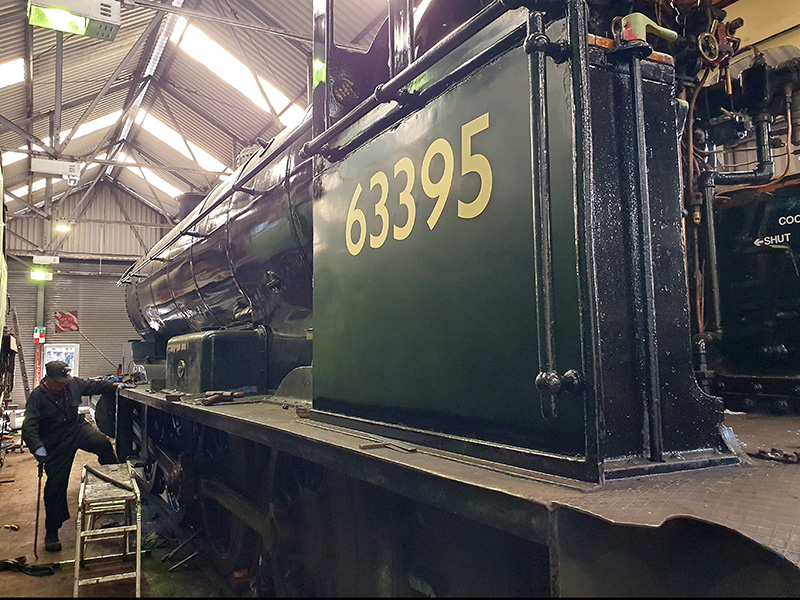 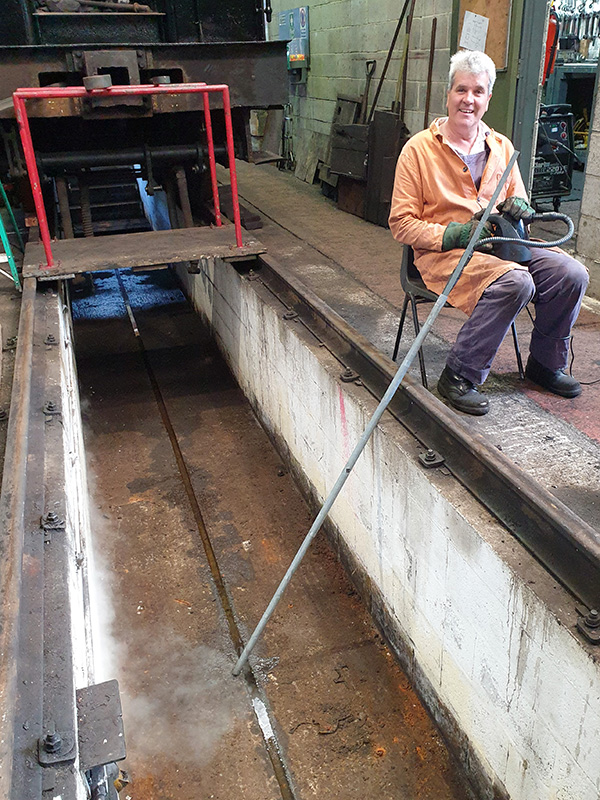 Paul and Angie arrived at about 17:30 with a washout pump. They exchanged that for seat cutters.

Wednesday was another fine day warm day at Grosmont until later in the afternoon when the heavens opened. Hopefully that will have reduced the potential fire risk on the moors at Summit. Only Nigel Hall and Steve Hyman were present in Deviation Shed although Ian called in to see how things were going, and Peter Whitaker came and put the lion portion of the tender transfer on, leaving the two British Railway pieces for Nigel to complete (see photo). 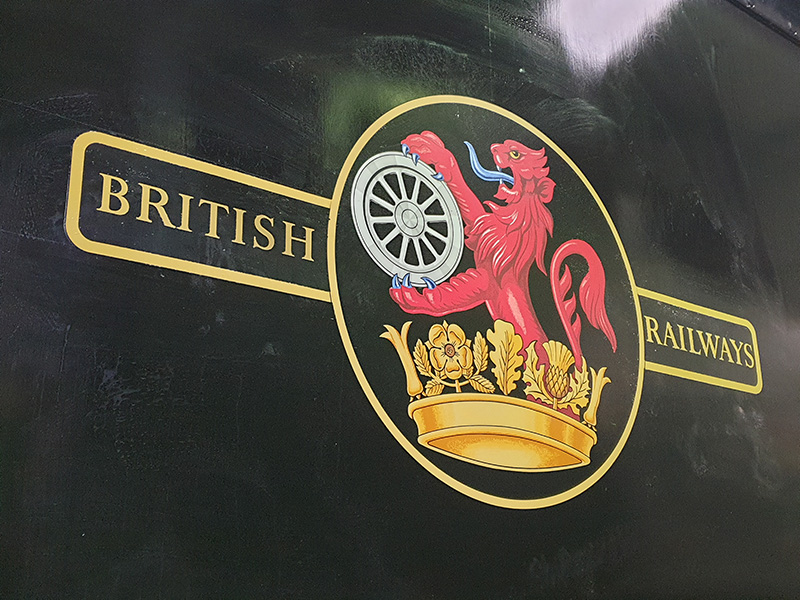 Nigel Hall did a lot of tidying up around Deviation Shed, sweeping the walkways and moving items to clear the walkway, especially between Nos 6 and 7 Roads as there will be a Vera Lynn working part on Saturday with Ian Foot. Steve completed a number of jobs around the Q6's motion:

Nigel continued painting control handles etc in the afternoon after Steve had left, as it was unlikely that anybody was going to access the cab or tender before the paint had dried.

The tender was topped up with the water level about 18” from the top of the tank. All filling hoses have been returned to the MPD hose lockers inside No 5 Road. Filling was required to prevent the tender from derailing when shunting, as the Q6 is due to be moved into the running shed tomorrow (Friday). Both sides of the tender now need a coat of varnish to seal the transfers and Nigel Hall was hoping to do that before the Q6 is moved. The machined steam pipes were collected from Oak Engineering at Hebburn by Nigel Bill yesterday afternoon and delivered to Grosmont this morning. They will be fitted by the MPD staff. The gauge glasses, Klinger packings and grate need fitting, but we are now getting very close to an internal steam test prior to that for the boiler inspector, and a return to traffic.