As there was quite an amount of water in the pit that morning the first job was to solve a problem with the pit pump which was causing the earth leakage switch to trip. After isolating the the pump supply and then, after disconnecting the pump plug, it was found to be contaminated with water. It must have got soaked when the tender was filled the previous week. The plug and socket was cleaned and dried and, after removing some debris from the outlet bend on the pump, it shot back into action removing the water from the pit.The drainage channel could still do with another rake through however, to clear any remaining debris.

The steam pipes are in the MPD running shed after machining, and a Lenz ring has been successfully trial fitted to confirm the machining is correct. They will be fitted by Barney and MPD colleagues once the Q6 is moved down to the running shed, which, for the second week running, is expected to take place on Friday ie today. 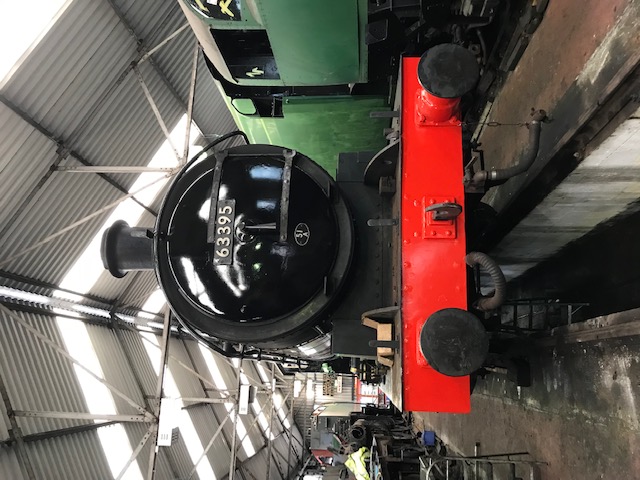 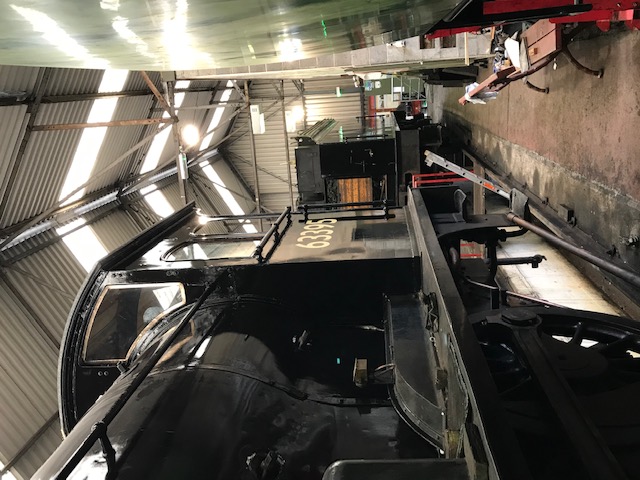 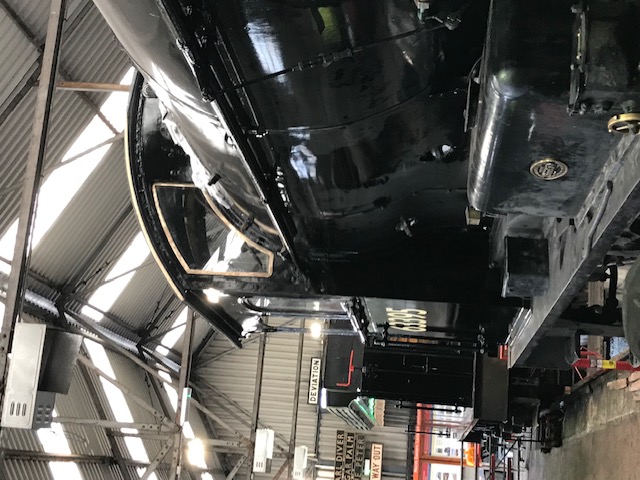 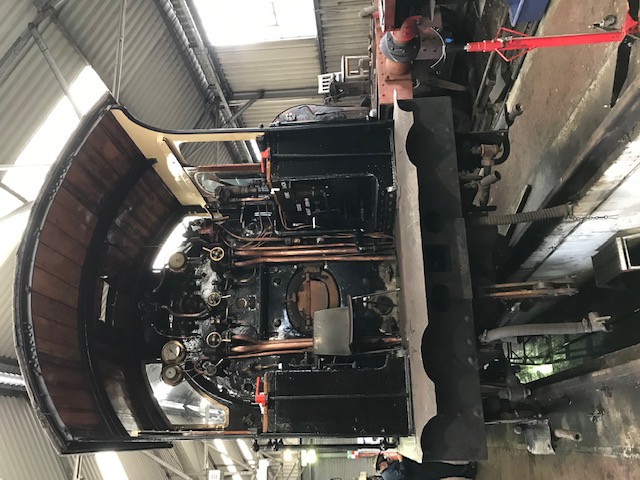 Attached are some photographs of the locomotive showing the superb finish that Nigel Hall has achieved with his paintwork, and of the interior of the cab on which Jon Bradley has concentrated - the plaques have still to be fitted to the roof and no, that is not a new chair for the driver, Jon will have to stand like the rest of the crew!