Ian reports that Tuesday was a cloudy warm day at Grosmont for Bill Dobson, Nigel Bill, Ian McCall, Nigel Hall and himself.

The previous day (Monday afternoon), the Q6 was shunted down to No 4 Road at the MPD, after fitting the main draw bar pin, tender to locomotive brake linkage, and vacuum and steam heat hoses. A list of outstanding work has been drawn up for NELPG and NYMR shed staff to complete. 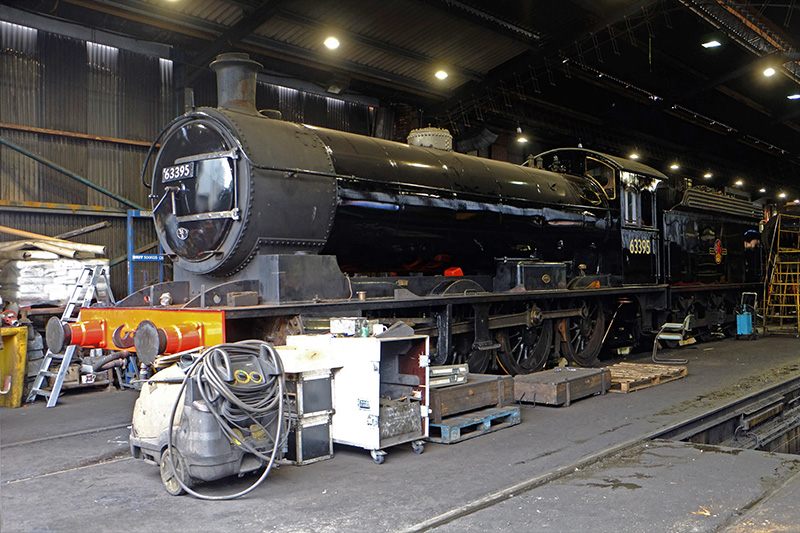 On Tuesday, the NYMR shed staff fitted both steam pipes into the smokebox, along with the vacuum exhaust pipe and blower pipe (see photo).Meanwhile, the NELPG working party intended to fit the grate with the new fire bars which had been delivered recently, but it was soon found that they were slightly too long and would not fit snugly. As the old ones were still in the firebox and only required two more fire bars to complete the rear section, two old bars were found and fitted. The right trailing coupling rod taper pin, which was a bit too long, was cut down to a reasonable size, along with the righthand big end taper pin which needed the same treatment. The lefthand driving coupling rod cotter was replaced and a new securing cotter made and fitted, and similarly for the lefthand intermediate rod. The regulator handle was rubbed down and primed and the shims removed from the regulator shaft. The 'Front Sands' transfers were applied inside the cab and also the cab plaques refitted to the roof (see photo). Finally, the footpath between Nos 6 and 7 Roads was swept and a start was made repainting the walkway. 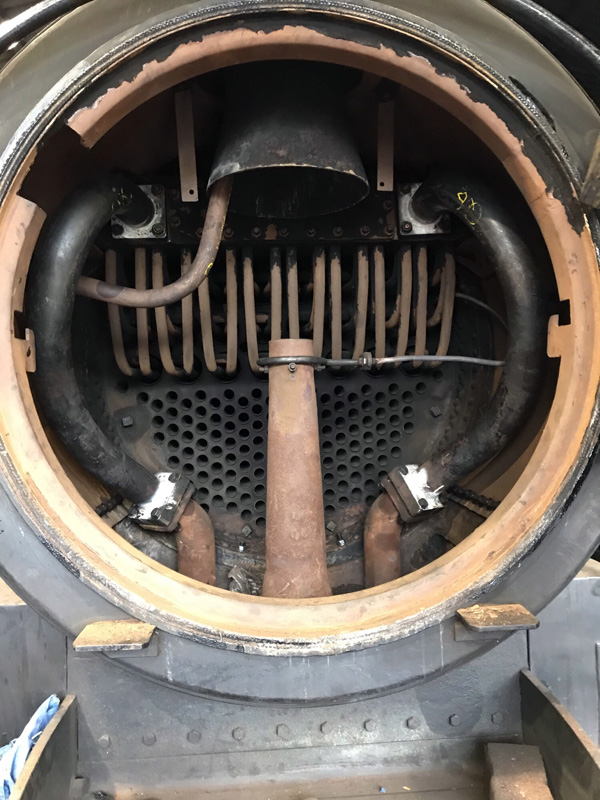 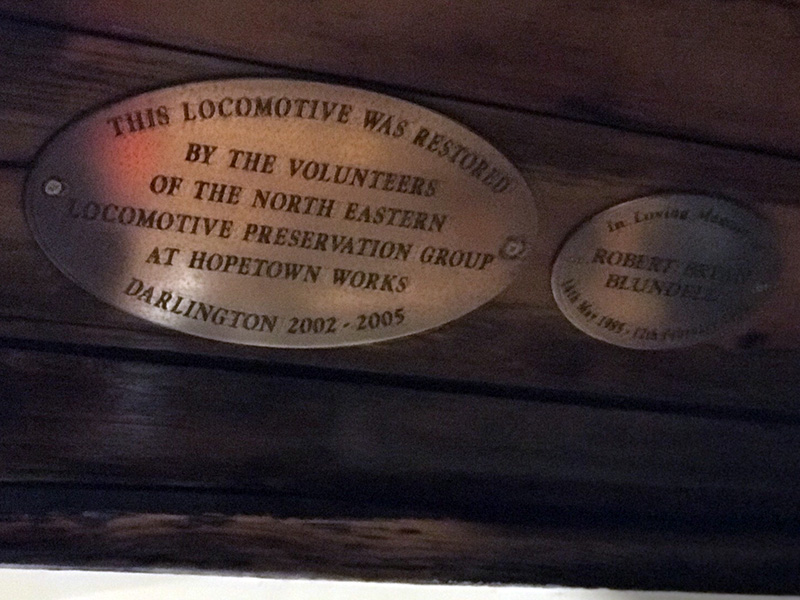 Wednesday saw a cold cloudy start to the morning but by 10am the sun was shining and Bill Dobson, Steve Hyman, Ed Bolam, Jon Bradley and Ian got very warm.

The following jobs were completed from the list of rectifications, following on from the previous day.

Other work done during the day saw Nigel Hall cleaning No 7 and 8 Roads walk way and giving it a coat of floor paint (see photo). The wooden beading was finally fitted around the front and rear of the cab roof then primed. The rough edges on each end of the lubricator drive shaft were dressed. 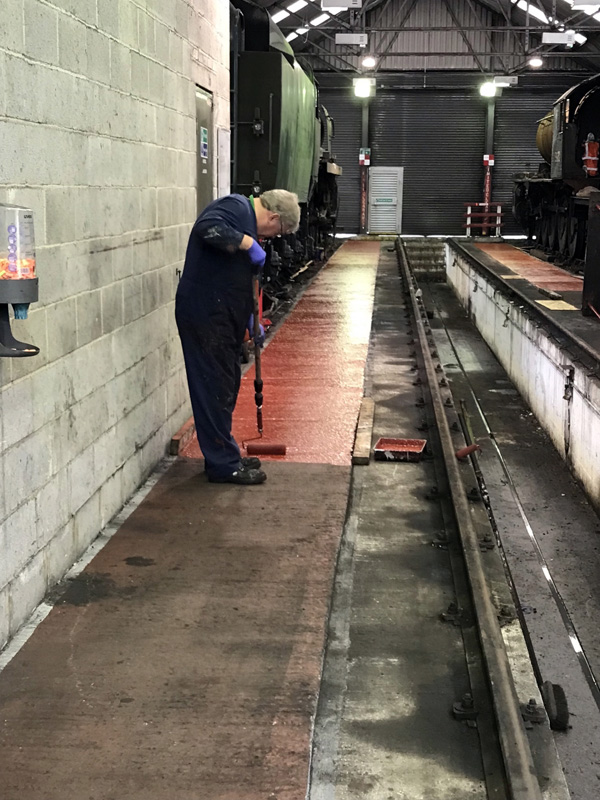 On the Railway the J27 continued in use on the 4 coach trains of the Sunday - Thursday internal service.