With the Q6 now in the running shed, the jobs undertaken were: 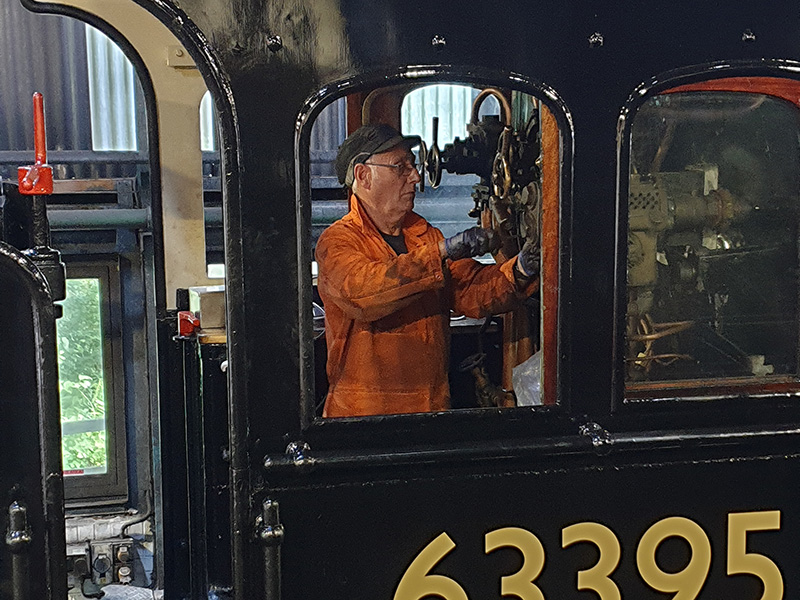 At Deviation Shed, various items were removed from Nos 6/7 walkway, then the top end was painted. In the workshop, most of the small plastic storage drawers have now had their contents labelled, which will save a lot of time searching for items. Spare locomotive gauge frame protectors were cleaned, black lines painted onto the white background, and also a spring fitted to one to allow the back plate to close firmly.

In Deviation Shed all the old flaking paint was removed from the pit walls by Colin Smith (see photo) then painted with white emulsion paint . A good third of the pit has been painted. 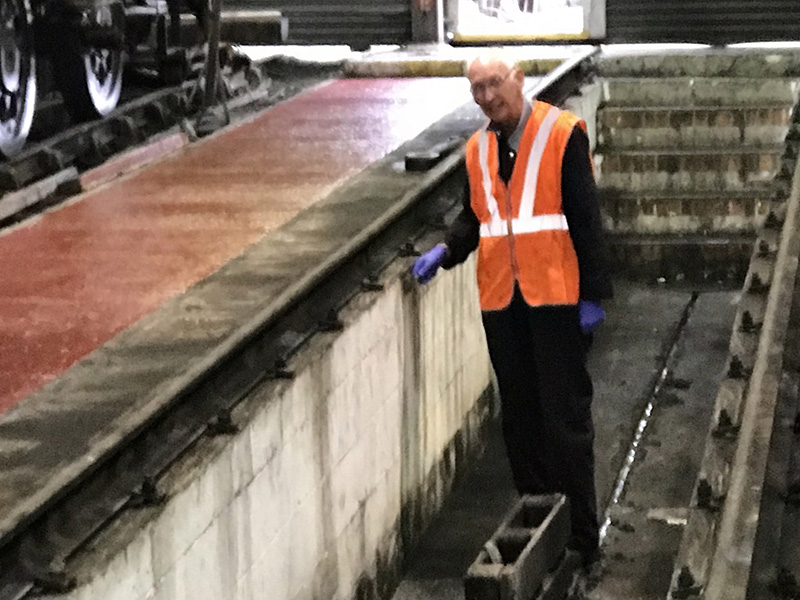 Down at the running shed, the following was done:

The Q6 was moved onto the pit road in the running shed. Weighing is planned to start today, Thursday 26th. 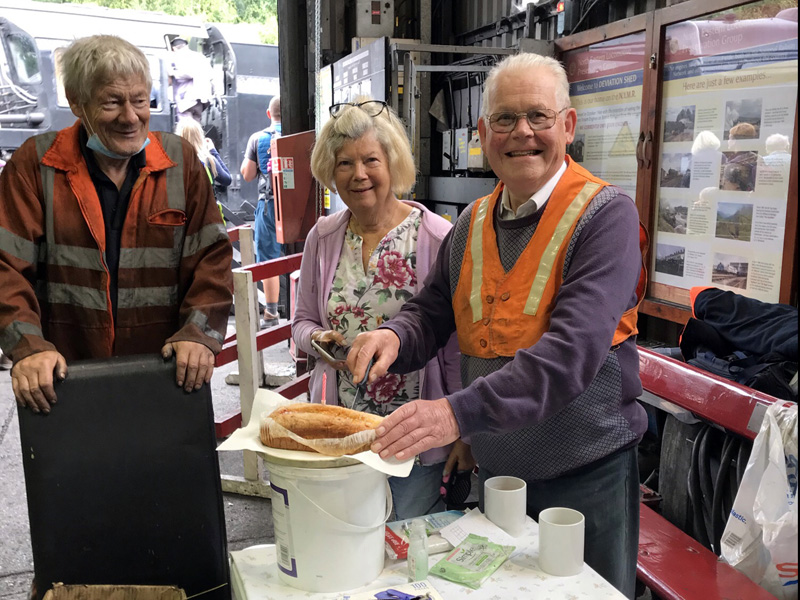 Ian Storey and Sheila called in to see the locomotive and have a chat. As it was Ian’s birthday, Bill brought a lemon drizzle cake with one candle lit for Ian to blow out (I am not saying how many there should have been!). Having successfully done so, he cut the cake (see photo), while everyone sang Happy Birthday.