A three day report this week, as, on Monday morning, Ian  and Bill were at Grosmont to witness for a couple of hours the first steaming of the Q6  since the boiler was last steamed out of the frames in March. The boiler was taken up to 150 psi. Another  test was planned for Tuesday but this had to be abandoned because of a rocking grate problem.

On Tuesday, Ian had a lovely Autumn morning travelling to Grosmont, with a slight mist rising from the moors and sunshine breaking through leaving a very hot day at 25 plus degrees centigrade.  Bill Dobson and Nigel Hall joined Ian in the heat.

There were quite a few problems at the MPD that morning, with the steam test on the Q6 cancelled due to the grate fault, Black 5 No 5428 and Standard Tank No 80136 were failed with various faults, and shed staff had to get 76079 ready for traffic at short notice. The first trip from Grosmont to Whitby was cancelled. Later the London Transport liveried Class 20 diesel locomotive which had recently arrived for this weekend's diesel gala was brought through from Pickering to work some of the Whitby trains (see photo). 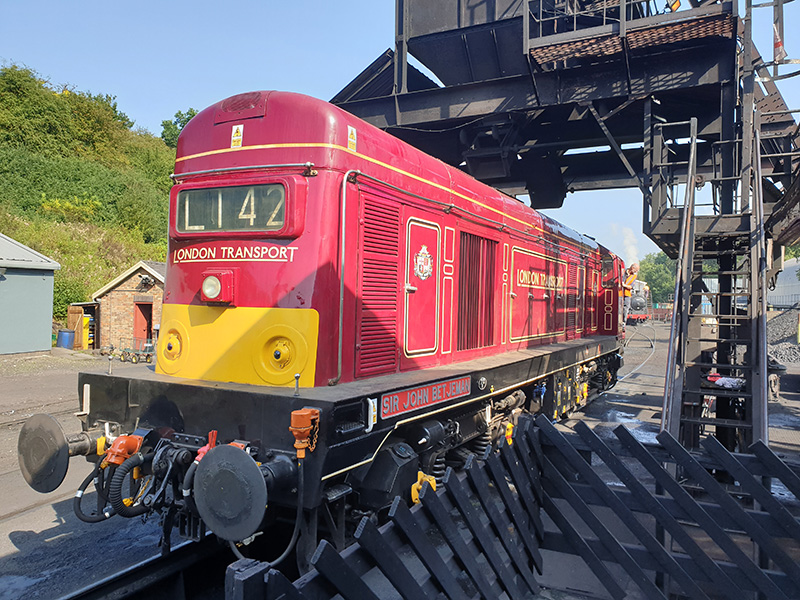 The first job was to inform Glynn Coxhill, the Bureau Veritas boiler insurance inspector, that the steam test was cancelled, as Bill had informed him the day before that there would be an afternoon steam test on the Tuesday. Another formal insurance steam test is being arranged, but when Glynn will be able to fit it in is not yet clear. The other work done during the day saw the grate repaired by the MPD boilersmiths with assistance from Bill; both draw bar shackles were cleaned, dressed up and NDT inspected (both OK); work started on preparing the smokebox spark arrester components in Deviation Shed - this required some old studs drilling out and re tapping some of the securing holes; and white lining was started on the walkway sides between Nos 7 and 8 Roads. The draw bar hooks will have to be removed in the near future for NDT inspection but this was not possible on Tuesday as the Q6 needs to be on a pit.

After speaking to Paul Wickham, the plan on Tuesday afternoon was to have the Q6 in steam on Wednesday for an internal steam test. In addition the J27 was in steam in the late afternoon having its safety valves set (see photo) before working the late running 16.30 to Pickering. 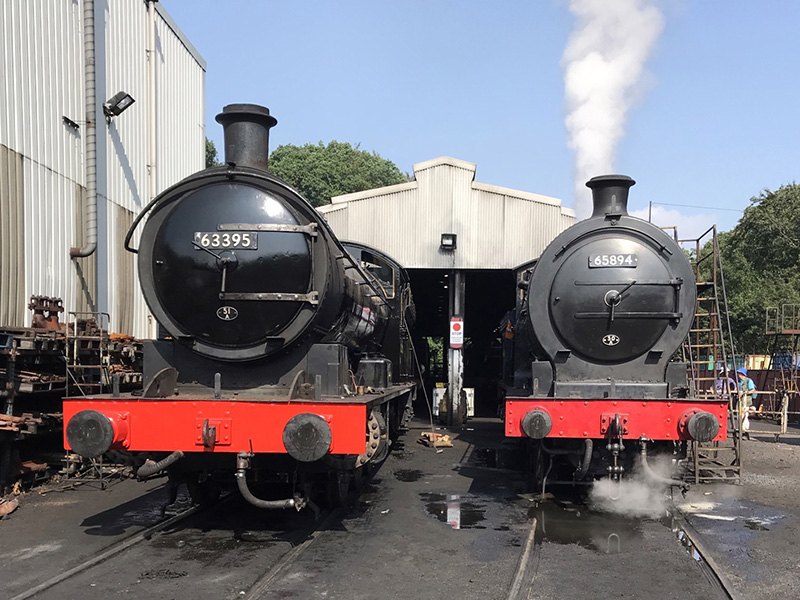 With the Q6 in steam, and being brought round steadily, it was arranged to do the internal steam test after lunch. In the meantime, work continued on the smokebox spark arrester fittings, and a lot of tidying up on the workshop benches was done, the clock in the workshop was moved to the outside and fitted above the defibrillator (see photo) and both rechargeable hand lamp chargers were fitted on the wall at the south end of the workshop near where the clock was fitted. Colin Smith completed the white line painting (see photo - also see photo of 17th August 2019). 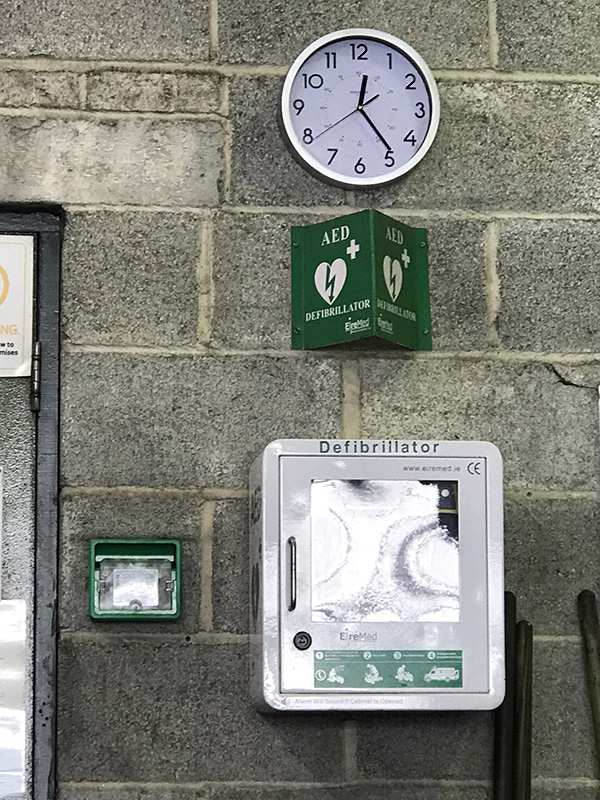 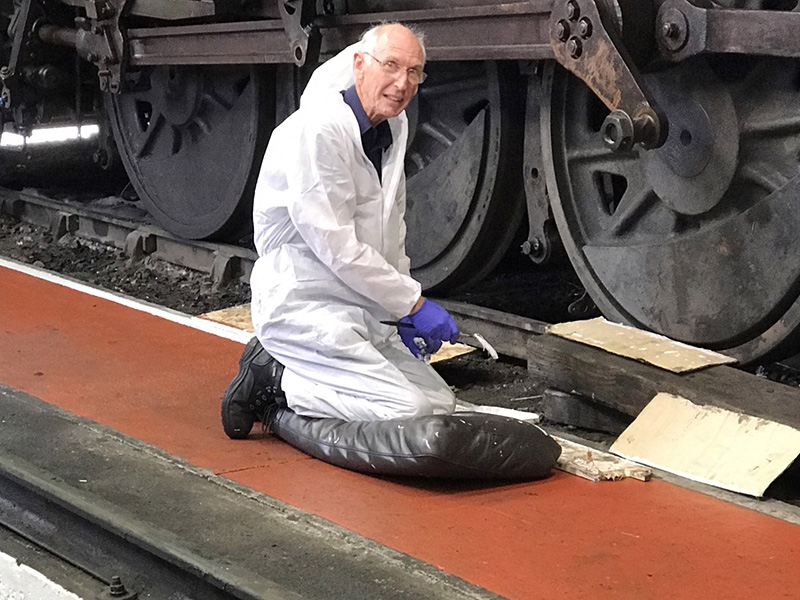 In the afternoon, the steam test was successfully carried out by MPD staff and our team. The main job was to establish that the new main steam pipes in the smokebox were steam tight. All was fine with no leaks. However, the reverser would not work when steam was applied, but after some adjustments were made to the  steam valve and the operating rod turn buckle, steam was applied to operate the forward and reversing movements satisfactorily.

Not surprisingly, the steam test provided a list of jobs which need attention: