Ian reports that after a weekend chat with Bill and a chance that we could have the Q6 in steam on the Monday (13th), it was decided to cancel Tuesday's working party and work Monday and Wednesday instead. As it turned out though, the MPD was very busy with other locomotives on the Monday so the Q6 wasn't in steam. When Bill and Ian arrived, Paul Whickham explained the MPD's situation, with the plan now to have it in steam on Wednesday. So, Bill and Ian carried out a few jobs while they were there:

On Wednesday morning the Q6 was lit up at 5am. When Bill Dobson, Ed Bolam, Steve Hyman, Nigel Hall and Ian Pearson arrived later, there was a lovely fire across the grate and it was just starting to make steam. The fire prep was then managed, along with some oiling round in readiness for the move up to the pit, as well as giving a run up the yard and into the head shunt. By 11am there was about 150 psi on the clock, enough to get to the ash pit. The move to the pit under its own power was quite spectacular with clouds of orange steam blowing out (see photo of the first blast on the ash pit - honestly, there is a Q6 in there) but no Jeans this time! 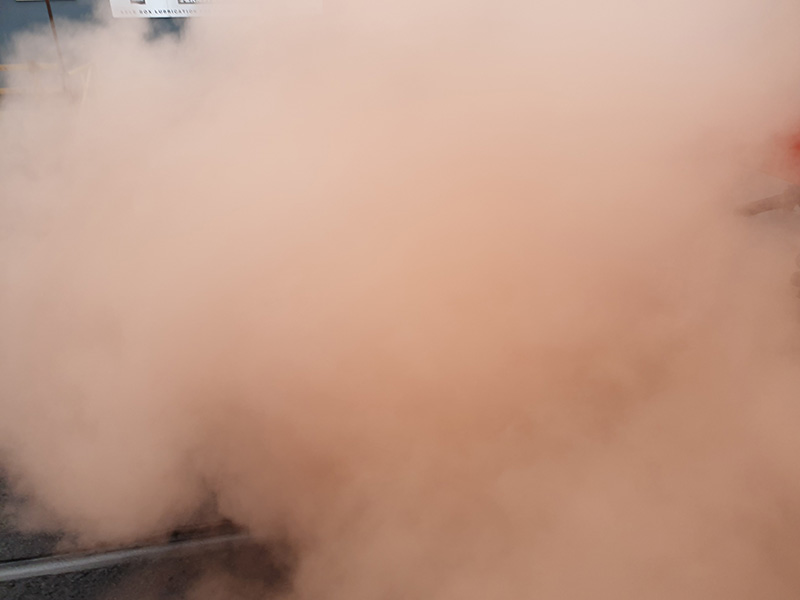 On arriving at the pit, the steam brake didn't work very well and the loco didn't stop where it should have done. After a few slow movements forwards and back, testing the brake application, the test moves were abandoned due to the brake not applying sufficiently. It was thought this could be due to a fault in the steam brake main valve itself. The Class 11 diesel shunter was attached and put the Q6 back outside No 4 Road as a consequence. The day was not a total loss though, and while it was in steam some other jobs were carried out:

In Deviation Shed, Nigel sanded down the Yeoman memorial bench which was brought in from outside last week to dry out, and gave it a coat of primer. Discussions are under way with the Chairman of the Grosmont Station Group (NELPG member Peter W Robinson) about its repainting in BR 1955 NE Regional light blue to conform with the theme at Grosmont (and yes, it will soon get dirty thanks to those dratted steam locomotives!). A ring spanner which is used for taking the nut off the reversing cylinder lubricating oil reservoir was given a coat of red paint. Separately, Nigel has also repaired the broken coal rake shaft (see photo). 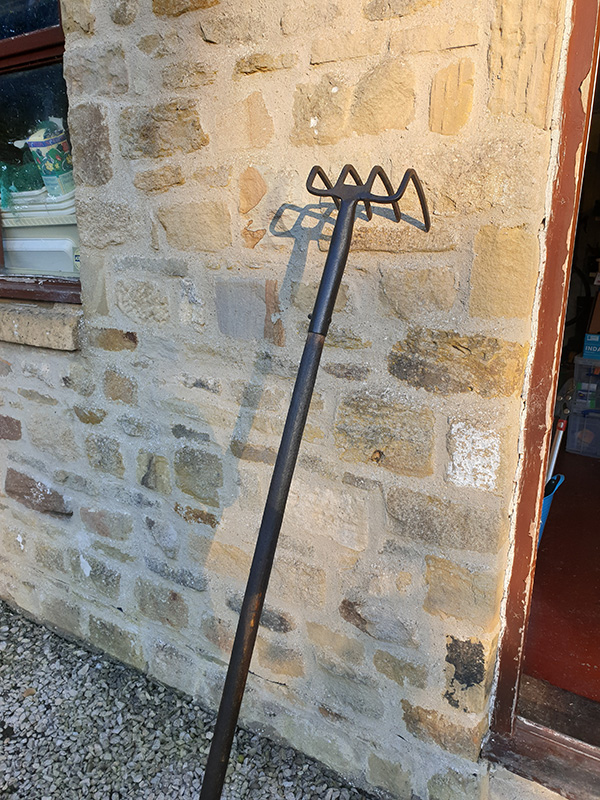 On Thursday morning Bill removed the main steam valve from the steam brake, inspected it, and found its measurements were less than half what they should be. On Friday, Bill showed Piglet the valve from the Q6 steam brake and pointed out its defect. Bill was then given a new one from the stores which he fitted and now gives the correct movement.

A warming fire will now be lit this afternoon (Sunday) in readiness for the formal insurance inspector steam test on Monday afternoon. Fingers crossed that after all this hard work, and the time it has taken, the test is successful and we will see the Q6 at work during the Steam Gala the following weekend (from 23 - 26 September: the timetable is now available on the NYMR website).