To supplement Bill's note on the status of the Q6 which he circulated yesterday, Ian has now provided a fuller report of the activity during the week which ended with the disappointment over its absence from the Gala line up this weekend.

On Saturday (18 September) Bill asked Ian if he was available for a Sunday afternoon working Party as he had learned that Glyn was available to come and inspect the Q6 boiler on the Monday afternoon. As Ian's back was on the mend, and he was to do the lighter duties required, like fetch and carry light items and make the tea, he agreed. Ian also rang Richard De Sadeleer, who was not available, and then Ed Bolam who agreed to come and help as back up.

Sunday therefore saw Bill, Ed and Ian arrive at Grosmont at 1pm to fit the cylinder drain cocks and put a warming fire in the Q6. Fortunately, Andrew Jeffery, the duty fitter, had already put in a warming fire, but they had just got started on fitting all the outside and inside drain cocks when the heavens opened. Nevertheless they pressed on (and the sun did shine later on in the afternoon) and the job was completed by about 6pm.

On Monday, a fine day, Bill, Ian and Nigel Bill were at Grosmont to oversee the steam test, but prior to the test, Adrian Dennis, MPD fitter, set the safety valves. While waiting for Glyn to arrive, a static test was carried out on the new steam brake valve which Bill had fitted the previous Friday: it worked perfectly. Glyn arrived around 1pm, and while Bill made him a cuppa, Ian brought the locomotive up on to the pit from just outside No 5 Road. The inspection was completed and everything was deemed satisfactory. After Glyn's inspection, the Q6 was moved onto the water column and topped up. Then a few moves up and down the head shunt to find out again that some of the drain cocks weren't emitting any steam. The loco was therefore moved round the back of Deviation shed where the right-hand rear drain cock was removed and found to be fully choked up with ash. It was therefore decided that on Tuesday all the drain cocks would be removed and the cylinder drain holes checked for blockages. Paul Wickham then asked for the Q6 to be moved down to the MPD inside No 4 Road which was done and the day's work concluded.

Tuesday was another fine day with Bill Dobson, Nigel Bill, Nigel Hall, Bill Pearson (a long distance member on a visit from Hertfordshire - welcome) and Ian Pearson present. With the Q6 in steam again, all the drain cocks were removed and cleaned. Most of them had deposits of ash in them, including some of the drain holes. The loco was then given a few trips up the head shunt (see photos) to clear any more rubbish out, then, while on the pit, the steam chest drains were refitted. 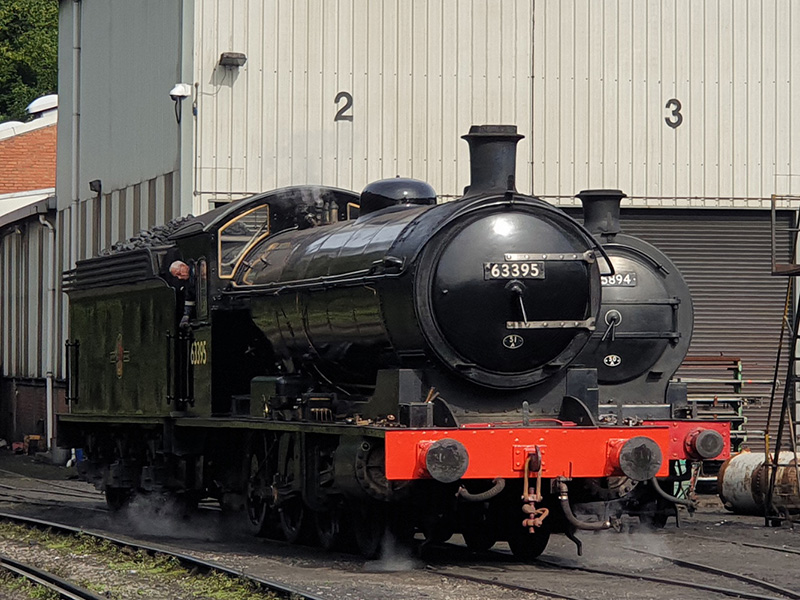 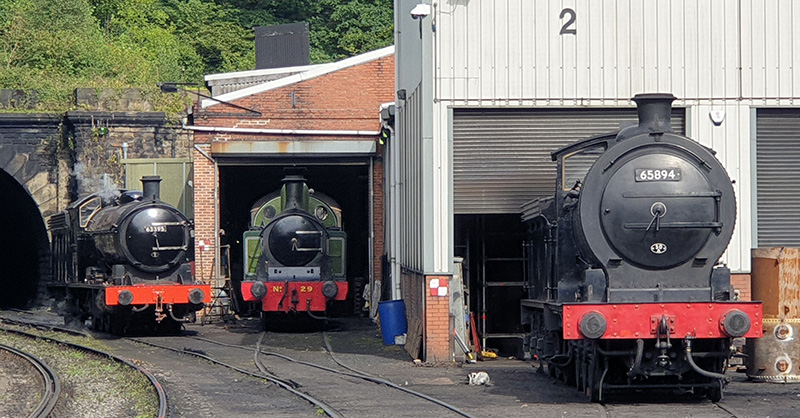 After moving back to the MPD outside No 4 Road, the outside drains were fitted. It was hoped to do a test run on the Tuesday afternoon, but this was prevented by an incident in Grosmont station which saw a diesel locomotive in a low speed collision with the coaches of a stationary passenger train. Due to the nature of the repairs/modifications that have been carried out to the Q6 over the last 15 months, it was necessary to do a light engine test run to Pickering and back. However, because of the hectic work load at Grosmont Shed in preparing for the Gala, and the resulting heavy traffic on the line, it proved impossible to find another path for this until after the weekend. Its consequent absence from the Gala is desparately disappointing, not just to those hoping to see and travel behind it, but to all those who have laboured long and hard over the period, particularly Bill and Ian, to overcome many setbacks and try to have it available for the Gala. Against that disappointment, there has been praise received from a variety of sources at the MPD for the work carried out, including “I’ve never seen such a short snagging list after a loco has had such a large overhaul. NELPG have done brilliantly and should be congratulated.” So those concerned should take a well deserved bow. 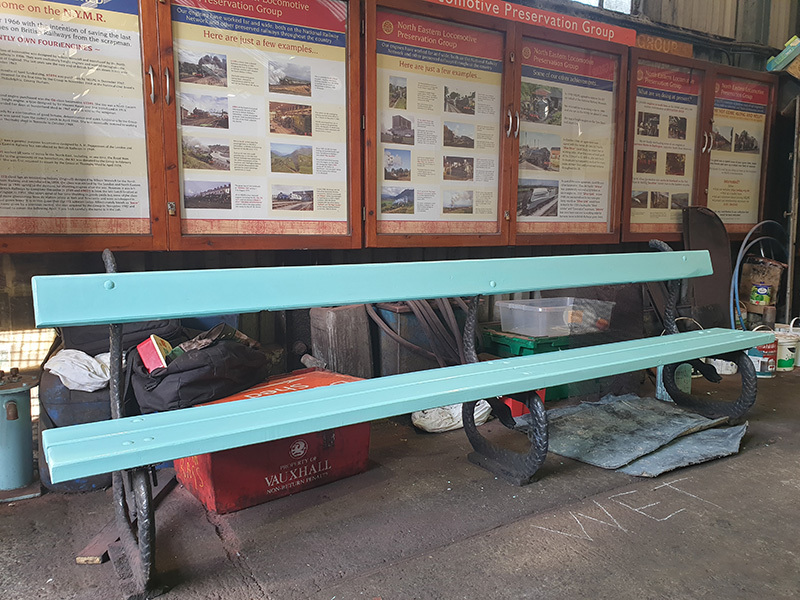 Wednesday was a third fine day at Grosmont, with a team of enthusiastic volunteers - Bill Dobson, Nigel Hall, Steve Hyman, Ed Bolam and Bill Pearson. Ian was not available as he was on a driving turn at Pickering. Bill Dobson therefore reports that on the Q6 the smokebox was cleaned out and a layer of broken brick arch spread around the smokebox base - it is now awaiting a layer of concrete; the steam heat pipe union under the cab was nipped up; and the steam pipe from the manifold to the steam brake was lagged. However, as a final indication that Vincent Raven didn't want his engine to participate in the Gala, on Wednesday afternoon a regulator packing stud sheared off whilst adjusting the gland. The other stud looks to be slightly bent. These will hopefully be sorted out by the MPD on Monday.

Nigel Hall also continued his refurbishment work in Deviation Shed. The wooden bench was given another coat of light blue paint, and now looks very smart. The workshop floor has also been cleaned and a start has been made repainting the whole floor area. The old filthy floor matting is going to be replaced by anti-fatigue foam flooring and the old flooring relocated to the skip.