On Monday, Bill was in attendance at Grosmont with the metal stitching engineer who worked on the righthand cylinder crack, firstly testing the cracked area by magnetic particle test. This crack was in an area where one of the cover studs was screwed in, so some new metal was stitched into the cylinder to strengthen it, and then re-tapped to take an 1 1/4” stud. This work continued on Tuesday and was completed during that afternoon (see photos of the cylinder face and the retapped stud hole). The face now needs machining to make a smooth marriage with the cylinder cover. 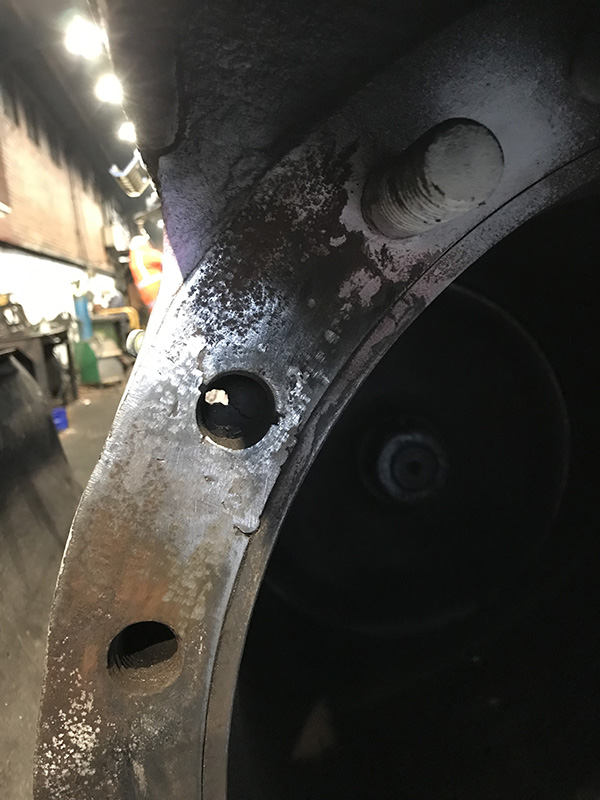 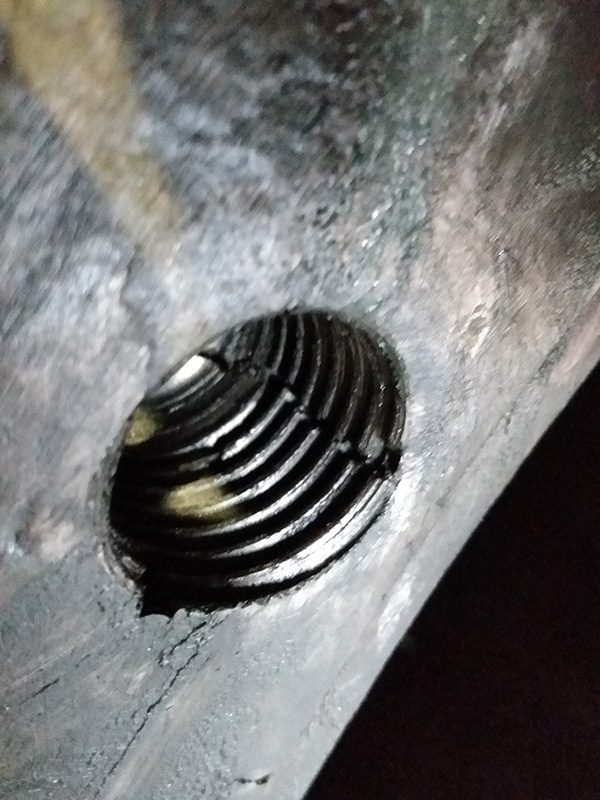 Tuesday was one with wind and heavy rain in the afternoon with Bill Dobson, Nigel Hall, Trevor Wilford, Chris Lawson and Gordon Wells present. Trevor annealed the righthand cylinder copper sealing ring and also made a new clamp for the Shed stove chimney, while Nigel painted the upstairs floor area. Later he joined Chris in sorting steel scrap items from the workshop. Bill and Gordon did some work in the Q6 cab tapping threads for the regulator follower. The stuffing box studs were fitted.

Wednesday was another miserable wet morning at Grosmont but it did get out sunny during the afternoon. In attendance were Bill Dobson, Steve Hyman, Ed Bolam, Nigel Hall, Jon Bradley and Ian Pearson. The first job in the morning was to empty the water from the pit after all the rain that fell the previous day. Sod’s law soon took over as the pump refused to work, but Ed and Steve got to it straight away, removed the outlet pipe from the pump and the U bend at the base of the pump, but but found all was clear. Continuing application of that law saw it all put back together and it started to work fine! 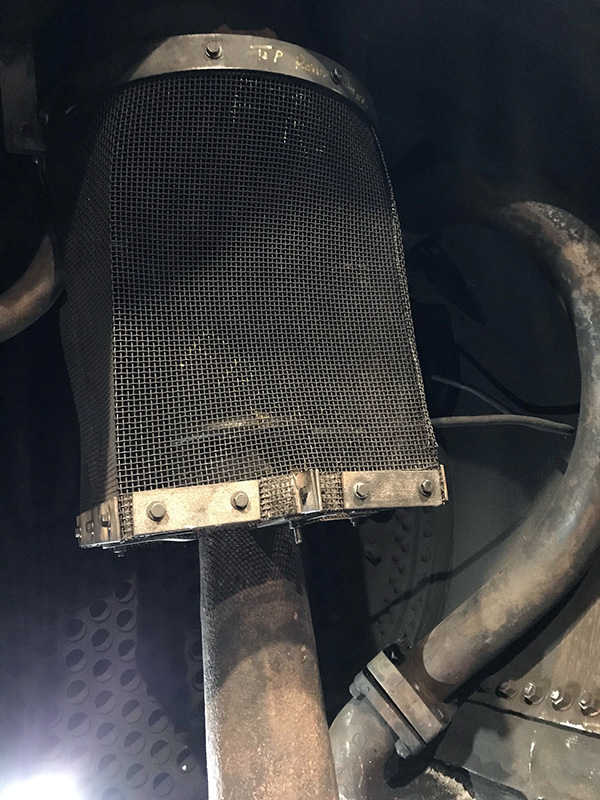 The Defibrillator had its monthly check. Fitting of the smokebox spark arrester was completed (see photo) and Barry Nesom machined a new stepped stud for the righthand cylinder. This is now fitted (see photo). In the Q6 cab, the two follower holes have now been tapped and are awaiting two new studs which will be made next week. 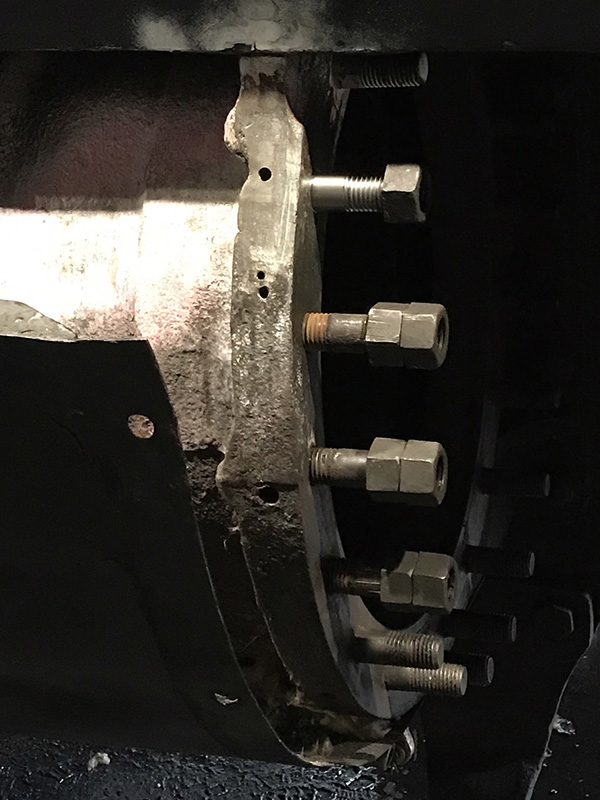