It was a wet drizzly morning at Grosmont on Tuesday with thick fog and heavy rain on the moor tops, but it brightened up later in the afternoon and was warm and sunny. Bill Dobson, Chris Lawson, Nigel Bill and Ian Pearson were present.

The previous day, the MPD staff had fitted the righthand front cylinder cover, and they were involved again on Tuesday when they fitted the regulator stuffing box then started fitting the gland packing. While fitting the stuffing box however, it was found that the new follower studs were too long so these were removed and reduced by 1/2 inch. A new stuffing box gasket was also made, as the one made last week was accidentally damaged. Bill continued to fit a few more rounds of gland packing into the stuffing box, and then fitted the follower. The regulator handle was then fitted. The cylinder insulation was wrapped around the cylinder and the cladding sheet was fitted and secured. Later in the afternoon a warming fire was lit in the Q6 for Wednesday's steam test (see photo after lighting up, with spider webs in the chimney).

Up at Deviation Shed, various tidying up jobs were carried out in the workshop, with some more rubbish being disposed. 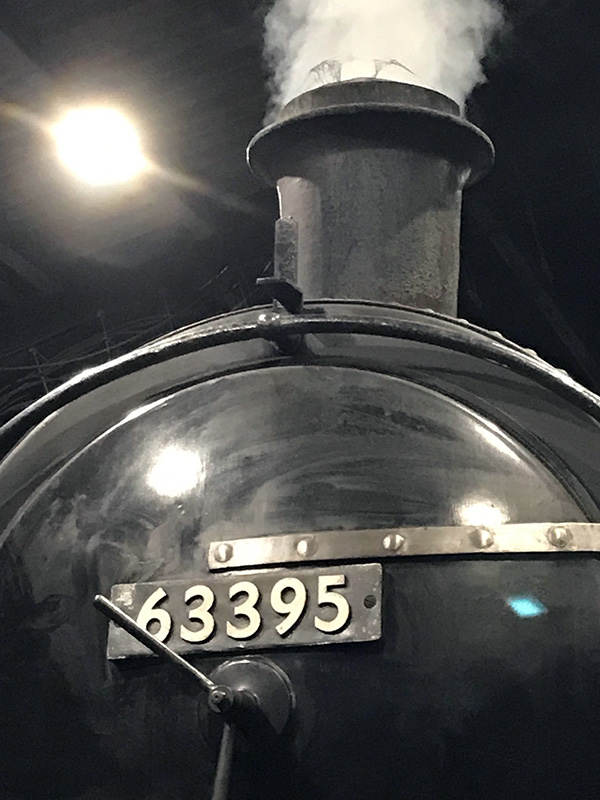 The Q6 was now in steam after the warming fire was put in the day before, and it had been re lit first thing Wednesday morning. The loco was then oiled up. By 2pm it was possible to move the Q6 onto the pit, but, unfortunately, the righthand cylinder was leaking steam from the joint area and near the recently stitched area. All the cylinder nuts were given extra tightening with the torque wrench by Nigel Hall, but it still leaked (see photo). While on the pit, the brake adjuster lock nuts were tightened up. After much discussion, the ash pan was cleaned and the locomotive returned to the shed. It is now intended to machine the cylinder face to ensure a tight fit, and carry out some other remedial work, before trying again. We are determined to see it running before the end of the season, but time is running out! 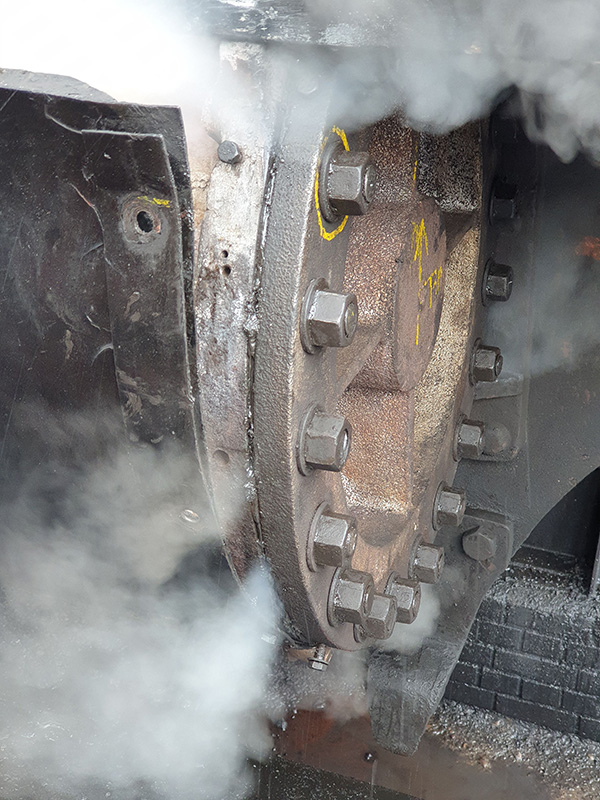 In the cab Steve Hyman fitted a wooden cover over the fireman’s side rear sand box, while up at Deviation Shed, Jon Bradley was making steps for our new side access entry to the Shed, to replace the current one which opens straight on to the pit road. A steel beam was recovered from the area on the east side of Deviation Shed and it is now in our building. Bill acquired this to put under the boiler when it was out of the frames.