After the morning cuppa, two pallets were removed from the MPD truck with the JCB, one of brake blocks and one containing a few rail chairs, fishplates and a bag of rail keys. These had been collected by the MPD's Sue Smeaton from Hopetown as part of the clear out of the building. All the brake blocks have been stored under the buffer beam at the back of No 8 Road in Deviation Shed. The 6 Chairs and fishplates are at the side of Armstrong Oilers. The tally of brake blocks is 7 new BR2, 9 partly worn BR2, 1 partly worn BR4 and 2 new BR4 - 19 in all. The two NELPG rail trolleys were moved out of Deviation Shed and put near Armstrong Oilers ready to load onto the MPD truck on Monday morning which is going back to Hopetown to pick up some more rail chairs. We are most grateful for the NYMR's assistance with this work.

Steve Hyman brought in a new four step ladder which he had acquired.

This was inspected by MPD fitter Duncan Jackson and tagged and recorded (see photo). 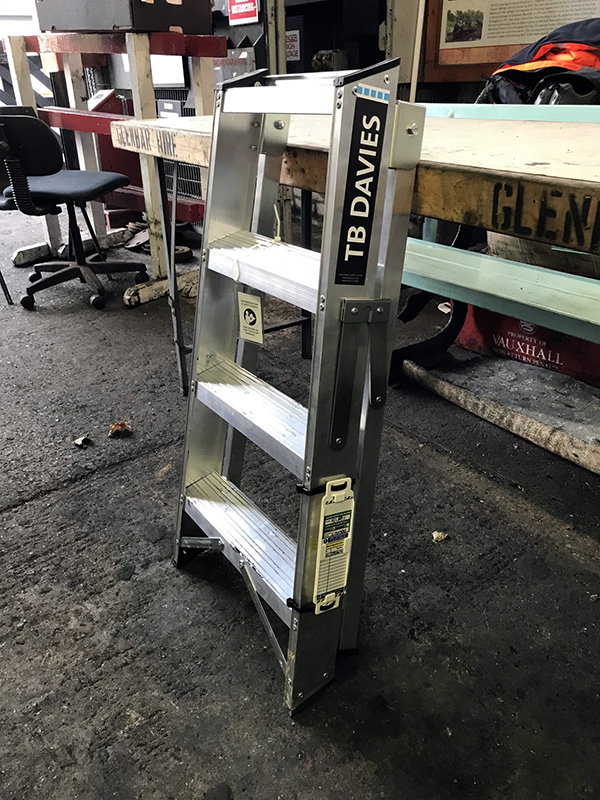 Chris Henwood has been employed on Q6 repairs this week, with repacking the left and right valve gland packings. In removing the righthand piston packing, some bright marks were identified at top and bottom of the packing so these were refitted. Tests were carried out to see if the new lubricator was delivering oil to the axle boxes. Oil was evident when the pipe on top of the box was removed and the pump manually turned. The righthand injector steam valve was taken apart and ground in, then refitted. Three more rubber pipes and jubilee clips were connected to the horn guide delivery pipes. A warming fire was lit during the afternoon in preparation for a steam test the next day. 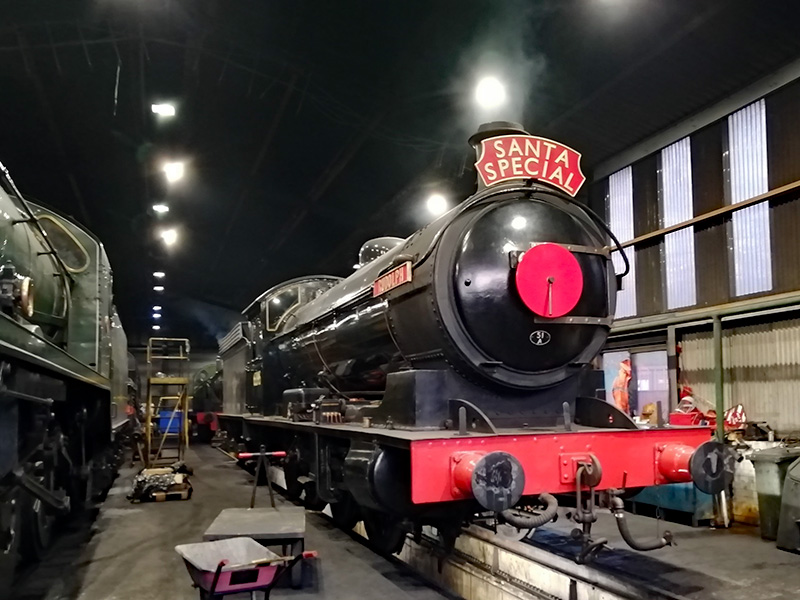 Although the Q6 didn’t work last Saturday, it was in steam on standby but worked as Rudolph (see photo) on Sunday on Grosmont Santas, top and tailed with the Class 37.