Ian Pearson reports another cold, fine, day at Grosmont on Wednesday, which saw Bill Dobson, Steve Hyman, Ed Bolam, Nigel Hall, Robson Hewitson and Ian himself present. Chris Henwood joined later in the afternoon after his shift at the MPD had finished.

Robson had started work early on the J27, removing the left-hand connecting rod by firstly extracting the little end pin. It proved very stubborn to get out but, after several hours and some heat and a jack, the pin was finally removed. After the little end pin, the big end proved much more of a challenge. In trying to remove the two big end tapered bolts, all afternoon was spent hammering at these after the main large cotter had been removed. With some help from Chris Henwood after he had completed his shift at the MPD hitting the bolts from below, and Robson screwing the top nut downwards, both pins were extracted. Then it was all hands on the con rod as it was slid between the frames onto the lifting trolley and placed beside the engine (see photo). 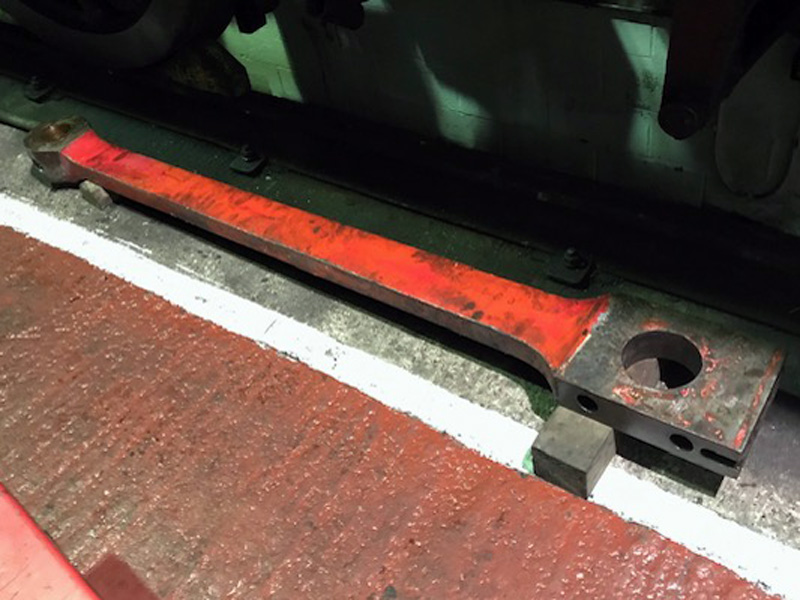 After lunch Nigel got on with some cleaning and painting on the J27 tender.