Ian reports that it was a fine, cold, slightly overcast, morning at Grosmont on Wednesday, but warming up later on. Present were Bill Dobson, Ed Bolam, Nigel Hall, David Potter, Trevor Wilford, Jon Bradley and Ian himself.

On the Q6, Ed carried on cleaning the lefthand side of the locomotive - wheels, rods, frames - also the tender wheels and frames. As he progressed along the frames, he found the centre leading sand pipe loose: this was secured by Ian. Then later, while cleaning the tender frame, Ed found the left centre trailing spring hanger locking nut also loose. David adjusted the spring at both ends and tightened up the locking nuts. Bill and Trevor were measuring up, designing and making new parts for the drop grate movement. More work will be done on this project next week.

David did some work on one of the Q6 axle box lubricator pumps which had been damaged some time ago. Bill had borrowed a replacement pump from the MPD which was fitted in the lubricator in November but it needs to be returned. The damaged pump was therefore stripped down and cleaned, and the damaged spindle was taken to machinist Barry Nesom to make a new one. Some more work was done on a steam valve which is to be added to the lefthand side of the manifold to supply steam to the atomisers when they are installed, but it requires a fitting that we haven't got so Bill is going to order some from Barry Gambles. Ian has greased the loco brake rods and will carry on with the tender next week. 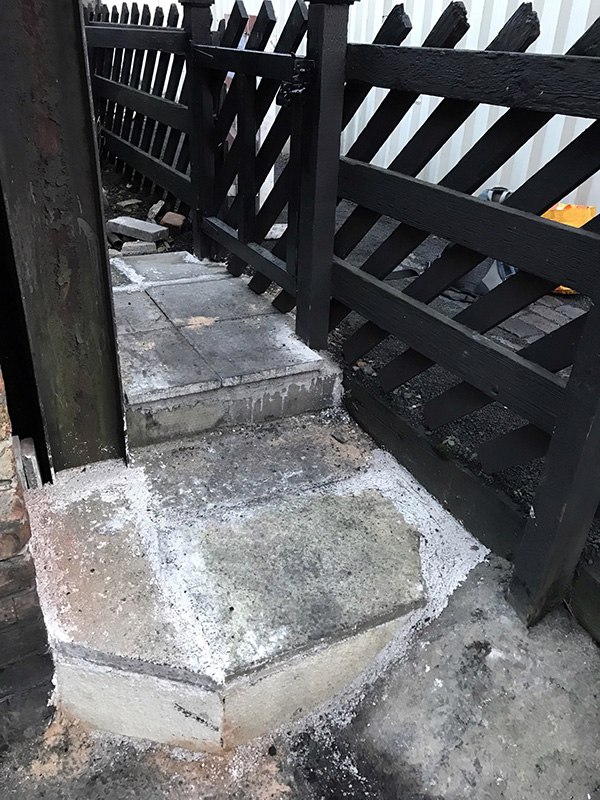 Jon completed the new access to Deviation Shed today (see photo of new access path and gate) and also fitted a solar light to the wall of cleaning store. He has fitted a new shelf in the workshop upstairs above the desk to hold books and manuals.