Bill, Gordon and Ian concentrated on making and fitting the atomiser bracket. After welding two sections together, drilling fixing holes in the bracket and frames, and also shot blasting the bracket, the four feed in pipes to the valves were removed, and the bracket fitted to the righthand side of the frames (see photos - one of the bracket and the other with one atomiser fitted temporarily). 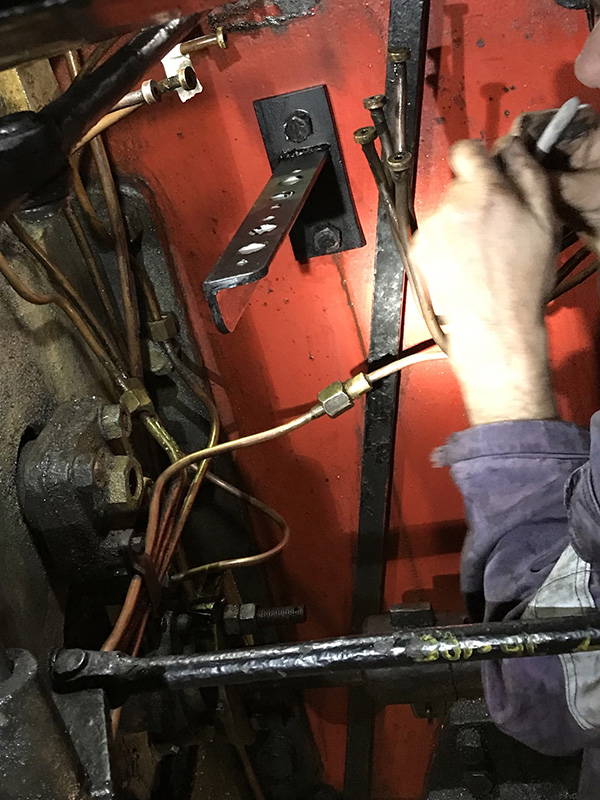 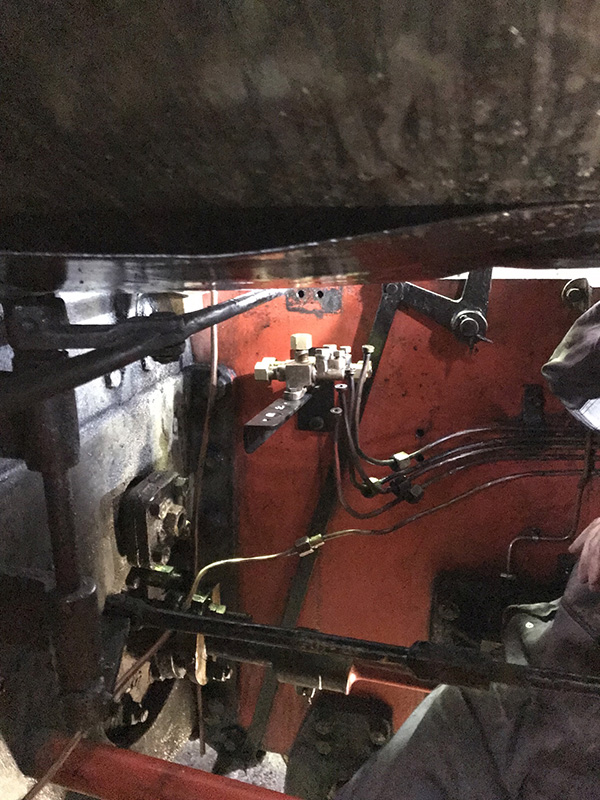 Steve greased the Q6 tender but struggled on using our grease guns which kept failing to deliver grease. As a result, he spent lots of time refilling the gun, a very messy job.

Trevor also annealed the four oil pipes removed from the Q6 the previous day. These are the feed pipes which will be connected to the atomisers in the near future and have now been stored in the workshop upstairs in Bay 8a. Trevor also made a couple of items for the Q6 grate. Ian removed a feed in union on the righthand side of the valve cover which delivers steam oil to the rear of the valve and was suspected to be blocked. It was! Congealed steam oil was found inside so it was cleaned and refitted.

Ian spoke to the NYMR building team in the early morning. He was told they were waiting for a replacement transparent sheet of the right profile, but they were on their way to erect scaffolding at the east side of Deviation shed (see photo). 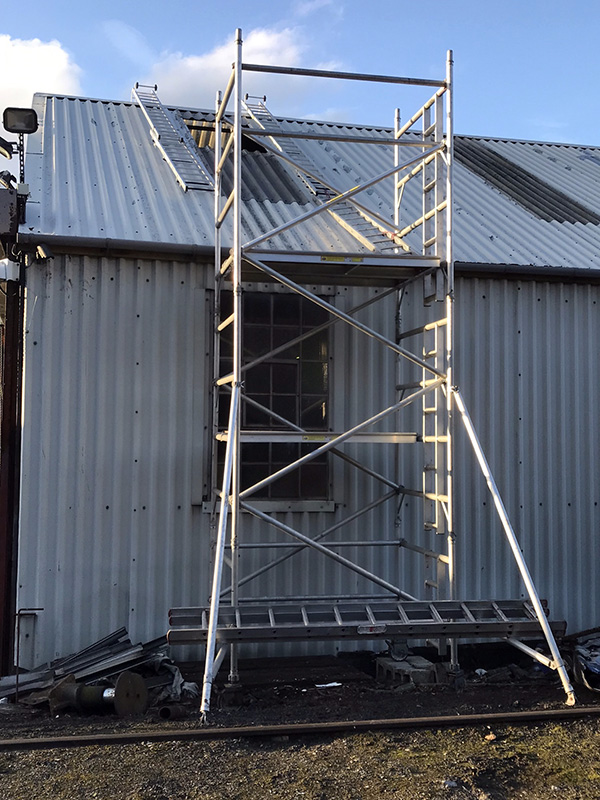