A busy three days at Grosmont this week, with the J27 hydraulic test on Wednesday and the Q6 steam tests on Monday and Wednesday.

On Sunday afternoon, Paul Wickham and James Newton put a warming fire in the Q6 in preparation for Monday's NYMR internal steam test. Early on Monday morning (14th), about 5am, Paul and James re-lit the fire, and, by the time Ian Pearson arrived, there was about 10 lbs of steam on the pressure gauge. The pressure was increased, and Tom Leach and Adrian Dennis then set the boiler safety valves and steam heat safety valve, checking and tightening hand hole and mud hole doors where required. Ian, in the meantime, checked the oil boxes around the frames, removing any water that had been present, cleaning the trimmings and replenishing with clean oil. Later, after the test was completed satisfactorily, the Q6 was driven onto the pit, the fire pushed under the brick arch, boiler filled and then left to cool down. Our thanks to Paul, James, Adrian and Tom for their considerable help.

Tuesday was a fine mild day at Grosmont for our regular working party, with Bill Dobson, Nigel Hall, Chris Lawson, and Ian Pearson.

Bill fitted a new atomiser shut off valve to the Q6 manifold. Ian disposed of the remains of Monday's fire and cleaned the ash pan out with Bill's assistance . A barrow load of timber was brought from the back field, and also some paraffin rags from round about the site, before a new warming fire was set and lit about 3 pm.  Chris continued where Ed left off a couple of weeks ago, painting the pit walls supervised by Mr Toad (inhabiting the drainage slot Chris cleaned out a fortnight ago - see photo). All the magnolia paint has now disappeared, but there is still a day's work left to complete the job. 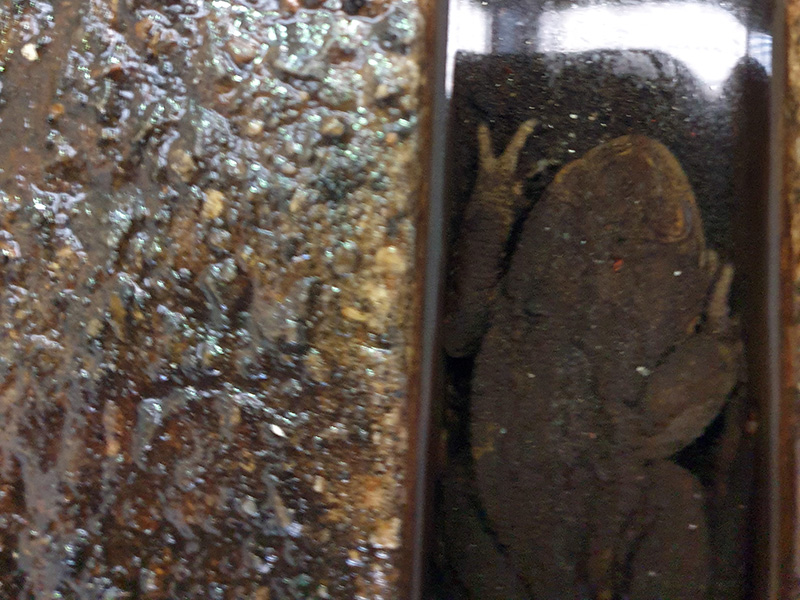 Wednesday 16th was Q6 steam test day with the Bureau Veritas boiler inspectors. Those present to witness the event were Bill Dobson, Steve Hyman, Nigel Hall, David Potter, and Ian Pearson, on a mild but rather cloudy day. NYMR boilersmith Tom Leach, and trainee Noah Hunter, relit the Q6 at 5 am on Wednesday morning, so many thanks to them for their efforts. Bill, Ian and David, with boilersmith Tom Leach in charge, looked after the Q6 during its steam examination by the inspectors. The steam test was successful (a couple of photos of the Q6 in steam attached). After it was concluded, the engine was given a run up the head shunt to check out the cylinder cocks and reverser. The reverser cylinder requires the glands tightening - this will be done next week. David did attempt to get in to tighten the gland nuts but they are very awkward to get at. David also found a few small water leaks around the tender area which have been tightened up. The carrot valves under the tender are the worst for leaking water. Steve made five new U bolt clamps for the Q6 atomiser pipes. 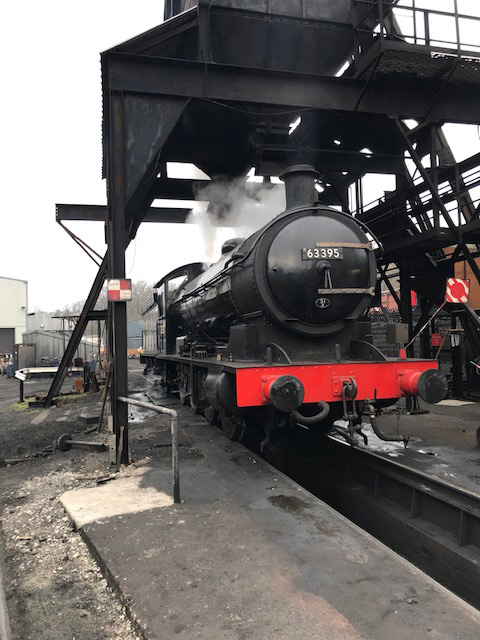 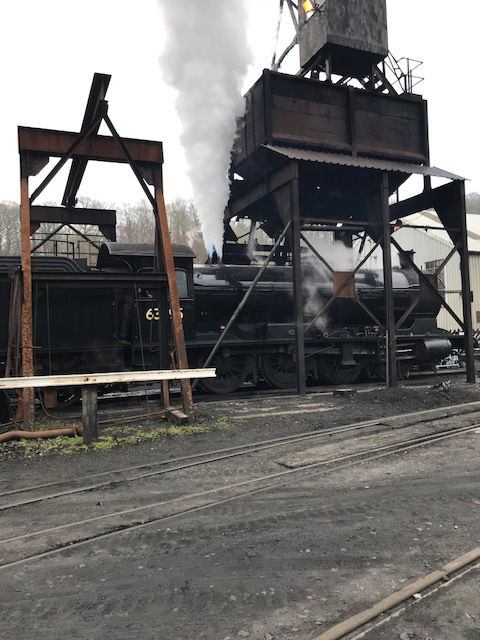